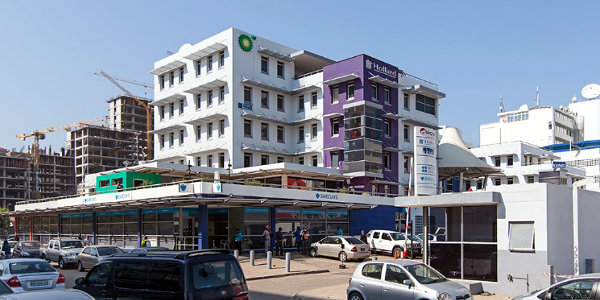 A Mara Delta building in Maputo, anchored by Hollard, KPMG and BP.

Mara Delta is an African-focused property fund – listed on the Mauritius and Johannesburg stock exchanges – with assets in countries such as Mozambique, Mauritius, Zambia, Kenya and Morocco. How we made it in Africa looks at what Mara Delta’s investments reveal about opportunities in Africa’s property sector.

1. Catering for the extractive industries

Africa’s oil & gas and mining sectors have been through a challenging few years, with a significant plunge in commodity prices during 2014 and 2015. However, prices have stabilised, with commodities in general seeing a significant rebound in 2016. Despite the extractive industries’ recent volatility, it remains a significant economic force in many African countries, and supports numerous suppliers and service providers.

Mara Delta has taken advantage of an opportunity to service the mining industry through the acquisition of an accommodation compound in Tete Province, Mozambique. One of the property’s major tenants is Brazilian mining company Vale, which owns a stake in the Moatize coal project, said to be the world’s last substantial untapped coal reserve.

The compound is one of the prime accommodation offerings in the area, featuring 83 three-bedroom units and 40 two-bedroom apartments as well as sporting and entertainment facilities.

This is also a space where Mara Delta sees potential. Last year it announced the acquisition of a Nairobi-based logistics warehouse from Imperial Health Sciences. “The modern distribution facility… is built to world-class specifications and will provide Mara Delta with a quality industrial property asset and asset class diversification to the existing portfolio,” said the company in a statement at the time.

“What seems to be interesting are logistics parks, and these are coming up with the new networks of roads, bypasses, and things like the larger LAPSSET project – which is the Lamu Port-South Sudan-Ethiopia-Transport corridor development. The LAPSSET project will have a pipeline for crude oil, a railway component… and also a road component. There is a big highway being built from Lamu (Kenya) to connect the Indian Ocean with the Atlantic Ocean on the other side… So you will find that movement of goods will become a very big issue,” commented Masika in an interview with How we made it in Africa earlier this month.

While sub-Saharan Africa’s capitals and major commercial hubs attracted the bulk of new modern shopping malls over the past decade, second-tier cities and emerging ‘boom towns’ are increasingly generating interest. Investing in these secondary towns is also in line with Mara Delta’s strategy to “acquire rural retail centres in underserviced markets”.

It owns a stake in the Buffalo Mall in Naivasha, a town situated about 90km from Kenya’s capital Nairobi, and known for its tourism and agriculture industries. The shopping centre is home to a Tuskys supermarket and a Java House restaurant, in addition to numerous smaller shops. Mara Delta recently also acquired a 100% interest in Mall de Tete, a 11,571m2 shopping centre in the city of Tete, Mozambique. In addition to nearby coal mining activity, an upcoming steel plant and power station are expected to boost the area’s future economic development. Tete is also a major transport hub linking Zimbabwe, Zambia and Malawi. It is an important crossing point over the Zambezi River.

Mara Delta’s experiences show it is possible to do successful business in African countries going through tough economic times. An example is Mozambique – its troubles are related to significant government debt and a slide in the local currency.

However, Mara Delta has actually grown its Mozambican portfolio since the country’s debt crisis became apparent. Its vacancies in Mozambique remain at zero and no bad debts have originated from the country. The company’s CEO Bronwyn Corbett says the reason why these properties continued to perform well is because they are leased to high-quality, multinational tenants that are unlikely to go into arrears, even in a difficult economy. The firm’s office blocks are leased to companies such as Anadarko, KPMG, Hollard and Vodacom.

“You know, we are not ashamed of our Mozambican exposure, despite the macroeconomic challenges in the country. We’re actually quite comfortable with it,” Corbett said at Mara Delta’s presentation of its half-year financial results ending 31 December 2016, according to Asset Magazine.