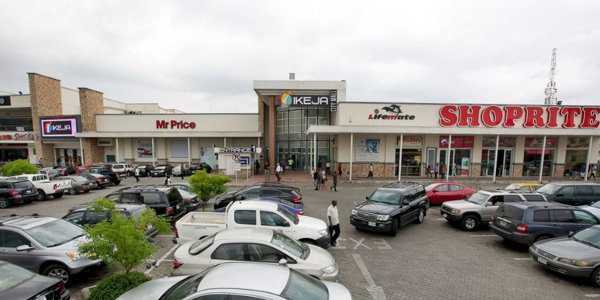 It is the “extreme challenge” that Michael O’Malley, director of sub-Saharan Africa-focused property firm RMB Westport, enjoys most about his job.

Over the past decade the company has been involved in the development of numerous shopping centres and office blocks in countries such as Nigeria and Ghana, including the Ikeja City Mall in Lagos and the Accra Financial Centre.

But commercial property development in many of the region’s frontier markets is fraught with challenges, such as uncertainties related to land ownership, slow legal systems, inadequate infrastructure, and high building costs, to name a few.

“I think if we had traditional desk jobs… doing vanilla property development, it wouldn’t be half as satisfying,” notes O’Malley.

RMB Westport’s first fund focused on Nigeria, Ghana and Angola – all countries that have experienced significant economic headwinds in recent years. Nigeria and Angola both suffered from the plunge in the oil price, while Ghana is recovering from macroeconomic instability and an electricity crisis.

Of these three countries, O’Malley says Nigeria has been the worst affected. In 2016 it experienced a recession with the economy contracting by an estimated 1.75%.

A major challenge in Nigeria has been the shortage of US dollars, which is related to lower foreign exchange earnings from the oil sector. The central bank intervenes to keep the official exchange rate at about 315 naira against the dollar, while the unofficial, parallel market rate can be over 450 naira.

Compounding the challenges is a 2015 central bank directive barring importers of a list of 41 product categories – including rice, meat, vegetable oils and roofing sheets – from accessing foreign exchange from official sources.

“And what it means is that retailers themselves cannot purchase imported [items] at the official exchange rate, they have to go to the parallel market, which is a lot more expensive. So it is like a double whammy, and consequently a double whammy for us,” says O’Malley.

Nigeria’s economic troubles has, however, created opportunities for RMB Westport to get involved in projects that have run into financial difficulties, at more favourable terms than would normally be the case.

“There are opportunities where we can come in, make a difference – use our capital and our expertise and make money for the fund. In stressed environments, you do find that these opportunities present themselves.”

For its second fund, RMB Westport has broadened its geographic focus. O’Malley is bullish on the potential in French-speaking west Africa, particularly Ivory Coast, Senegal and Cameroon.

“We find the Ivory Coast interesting. We don’t think it is a massive market, but it is interesting enough for us to be looking at three or four projects in Abidjan. And who knows, the more you get into a country… the more you understand the opportunity set… We’re taking it seriously enough to have employed a French-speaking team.”

He also sees opportunities in east Africa, especially in areas such as industrial property and the development of healthcare facilities.

Another focus country is Zambia. “We are looking at the gaps in the market in Zambia – we think there are some. It is not unlimited, but we think it is enough for us to be deploying time and capital to it, and we are making some fairly reasonable progress on certain Zambian projects.”

In an earlier interview with How we made it in Africa, property expert Kevin Teeroovengadum noted many of the large A-grade shopping malls developed in sub-Saharan Africa over the past few years are not performing as well as expected, and that developers should rather focus on building smaller convenience centres.

O’Malley generally shares this view. “We don’t think the big centres are actually developable at the moment if you are using conventional development parameters such as having a significant portion of your capital structure provided by debt providers, and a pre-let requirement before you commence construction.”

Moreover, he says in countries such as Nigeria, the low number of modern retailers is making it difficult even to develop smaller retail properties.

“The retailer base in Nigeria at the moment is not broad enough for even the smaller centres to gain a lot of traction. The types of retailers that are currently present in Nigeria are not offering a discount product to the public. We need value discount retailers to… look at the market opportunity in Nigeria.”

However, he concedes this is easier said than done. One of the challenges is that many international discount retailers looking to enter Nigeria are seeking local partners, who in turn are under stress due to the country’s economic troubles.

He adds it is also property developers’ responsibility to build the type of shopping centres that will allow value retailers to flourish. “We’ve got to construct sustainable buildings that enable market-related rentals to be agreed with those retailers. And that is a lot of hard work that many of us are undertaking at the moment, but is certainly has a long way to go.”

“It is frustrating at times, but the kick we get out of successfully delivering projects is immense. I love it.”