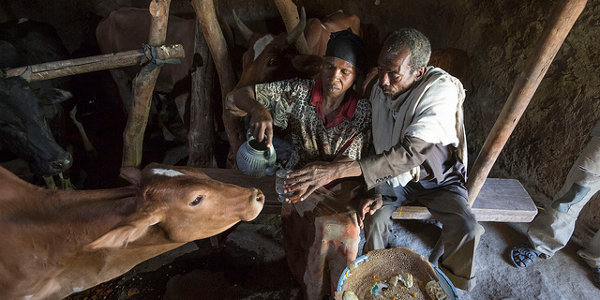 A rural household in Ethiopia.

According to a new report by the Food and Agriculture Organisation, titled The state of food and agriculture, even some of the poorest regions have seen the emergence of a rural consumer class. For instance, it is estimated that 55% of the middle class across Ethiopia, Malawi, Mozambique, South Africa, Uganda and Tanzania live in the countryside.

Farming households have traditionally been self-sufficient or only bought a small proportion of their food. However, recent data indicates that purchased food makes up an increasingly bigger part of rural diets. In Malawi, Uganda, Tanzania and Zambia, rural households now buy an average of 45% of the food they consume. The report highlights an Indonesian food manufacturer that is successfully selling packaged instant noodles in many rural towns in Africa as an example of growing consumption of processed food.

According to the research, this rise in purchased food is predominantly financed by income from non-farm employment.