Various international retailers – from supermarket giants like Wal-Mart to clothing chains such as Gap – have recently entered the African market, targeting the continent’s growing middle class. However, with 54 independent countries, deciding which markets to enter is not an easy decision. Research company Euromonitor International recently identified a number of African countries with growth potential in the retail sector. We take a closer look at three of these markets – Zambia, Rwanda and Angola. 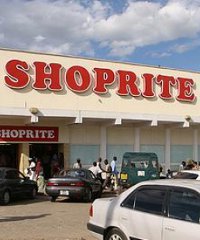 Zambia is a large country with a small population of around 14 million people. It has some of the world’s biggest reserves of copper and vast tracts of arable land.

Zambia is an ideal setting for large-scale agriculture and this has helped local agribusiness companies to become exporters of cash crops and also supply the packaged food and drinks industries. Zambeef is a US$200m business involved in the production and retailing of meat and food products, and owns 17,000ha of land. Its retail arm sells the company’s own brand and also operates South African supermarket chain Shoprite’s in-store butchers in Zambia, Ghana and Nigeria. South Africa’s Illovo Group – Africa’s largest sugar producer with a 2011 turnover of over $1bn – was also attracted to Zambia’s uncultivated land and is involved with production in the country.

The potential for retailers to be successful in Zambia is evident by the achievements of South African companies in the country (such as Shoprite, Pick n Pay, Mr Price and the Foschini Group). Shoprite, in particular, is a leader with 28 stores. Zambia’s capital Lusaka is where most businesses operate as it has a more developed infrastructure and almost two million consumers. Pick n Pay opened its first two outlets in 2010 and picked prime retail locations, such as the newly built Makeni Junction Mall and Levy Business Park in Lusaka. At the end of 2011 the company operated four stores, focusing on large out-of-town retail locations.

There are a number of retail construction sites in the works, including the plans for a new satellite town just outside of Lusaka.

However, there are risks for retailers. Zambia is landlocked and relies on its neighbouring countries’ cooperation in exporting and importing. Furthermore, copper makes up 70% of Zambia’s exports and a turn in global commodity prices could have a nasty impact on the country’s economy.