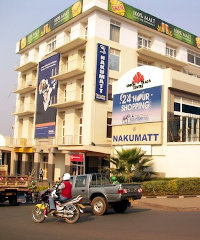 One of the top performers in the World Bank’s ease of doing business ranking is Rwanda, moving up from 150th position to 50th between 2005 and 2011.

Though Rwanda has seen sustained economic growth since 2000, its history of violence and political instability has meant that it is still underdeveloped, especially in the retail industry. According to Euromonitor, “retail spend per capita in 2011 was only $35 compared to $108 in Kenya and over $1,300 in South Africa.”

There have been a number of infrastructure developments and plans in recent years, including the development of residential areas, roads, hotels, offices and retail spaces. The Union Trade Centre, in the capital Kigali, is Rwanda’s first modern shopping mall, and has a 24-hour Nakumatt. In 2011 a second shopping centre, Kigali City Tower, was built in the same area, also anchored by Nakumatt. A new airport at Bugesera, 40km from Kigali, should be finished by 2016.

Rwanda has a small population of 11 million people, but a high population density (444 people per km2 compared to an average of 40 per km2 in sub-Saharan Africa). The population of Kigali is expected to double from one million to two million by 2020, creating opportunities for retail in the city. Urbanisation is one of Rwanda’s main development goals. The country needs urbanisation in order to free up land for modern agriculture. “This will lead to an increase in the urban population and fuel demand for retail goods as communities progressively switch from self-sufficiency to buying from formal stores,” notes Euromonitor.

Rwanda’s geographical position makes it an interesting access point to Central African consumers in a range of markets, such as Burundi, the DRC and Uganda.

The country is showing signs of a developing retail sector, and with not much competition, current players and new entrants have the opportunity to gain a strong foothold.