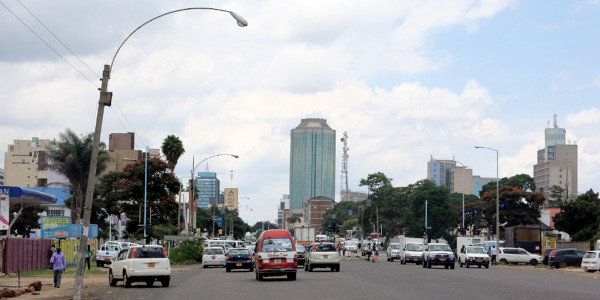 In the past few weeks protesters brought Beitbridge, the busiest inland border post in sub-Saharan Africa, to a standstill for several hours. The main concern was the banning of some goods from entering Zimbabwe. This was followed by calls for mass stay-aways, culminating in further protests that soon escalated to other issues, including political concerns, the introduction of bond notes and the late payment of salaries by government.

Most of the banned goods are basic necessities for many poor Zimbabweans such as cereals, bottled water, baked beans and dairy products. The targeted products are also a lifeline for sustaining the country’s informal economy.

Beyond the potentially devastating implications for the informal sector, the other concern the ban raises is the tendency of government to address symptoms rather than causes. The control of imported goods will not resolve the fundamental problems of the Zimbabwean economy. What the country needs is a long-term strategy and not quick fixes.

The tendency of governments to address symptoms and not the actual problems is not unique to Zimbabwe. It is a common trend in many developing countries. In southern Africa we have seen inappropriate use of import and exports bans without any meaningful intent to address fundamentals. This pattern of policy misapplication is prevalent in food markets, where governments perversely interfere in markets for food security reasons, infant industry and supporting farmers’ incomes.

The case of Zimbabwe

Since the collapse of the formal economy in the mid- to late-2000s, Zimbabwe’s informal sector has become the lifeblood of the economy, providing livelihoods to many unemployed Zimbabweans who lost jobs in the formal sector.

Cross-border trade became prominent as the informal sector gave new growth impetus to border towns such as Musina in South Africa, and other regional capitals such as Lusaka (Zambia), Blantyre (Malawi) and Beira (Mozambique), which formed important trade routes.

The ban on imports comes against the background of what many analysts deem to be stringent policy measures such as the expropriation of commercial farms and the indigenisation of targeted foreign-owned companies. Both measures led to capital flight and erosion of the formal economy tax base.

Many view the new import controls as an attempt by the government to increase its tax base, as years of poor economic performance and inappropriate policies limit available options to fund the fiscus. And while the government argued that the restrictions were imposed to support the domestic industry, the country does not, in fact, have sufficient capacity to produce or manufacture the specified goods.

Without addressing the fundamentals, new policies will only serve to reinforce the negative outcomes currently witnessed in the country. To calm the volatile political climate, the government must address the macroeconomic challenges and deal with monetary policies and industrial productivity. These would be some of the first steps to instil confidence and kick-start production and attract more foreign direct investment.

Rebuilding confidence and trust are key. Bond notes, import controls or indigenisation will not resolve the current economic crisis.

South Africa is another country in the region that has taken policy actions inconsistent with the problems it was seeking to address.

Earlier this year it increased the wheat tariff by 34%. Prior to that it had imposed a 65,000 tonne quota on poultry meat originating from the US.

The decisions were defended on the grounds that they would address job losses, declining incomes for farmers and the destruction of the industry by imports. While there may be merits to these arguments, the root causes of the problems do not seem to have been fully appreciated.

South Africa currently consumes more wheat than it produces. Production has declined since the 1980s as farmers switched to other, more profitable crops. And consumption has risen.

A tariff increase will not increase production. And while it may help improve farmers’ incomes, it will further hurt consumers by increasing prices for bread, a staple food product.

South Africa has imposed anti-dumping duties on poultry meat products from a host of countries, including the UK and Brazil, since the year 2000.

But anti-dumping duties are supposed to be a temporary measure until a particular problem has been resolved. They clearly haven’t been effective. This is because the root of South Africa’s problem is that its poultry production costs are high. The US can land a kilogramme of chicken in Durban at R2 (about US$0.14) cheaper than South Africa’s cost of producing the same kilogram.

The point is that when you have a toolbox, you should not use the same tool for all and different repairs. In the same way, there are many policy options that must be considered, and thus using mainly trade instruments or tariffs is limiting its usefulness.

While the inappropriate use of policies in South Africa is unlikely to lead to the same unrest as in Zimbabwe, they still need to be applied correctly. One can argue that the two South African cases highlight a positive problem – that domestic consumption demand exceeds local production. Surely the solution should have been to address production, expanding it to catch up with demand, rather than to penalise consumers for demanding more.

So while border instruments can still be considered, they should be for temporary purposes and must be accompanied by programmes such as macroeconomic, agricultural and labour policies. The most important of them all is to immensely improve industrial development.

Mmatlou Kalaba is a lecturer in agricultural economics at the University of Pretoria. This article was originally posted on The Conversation.