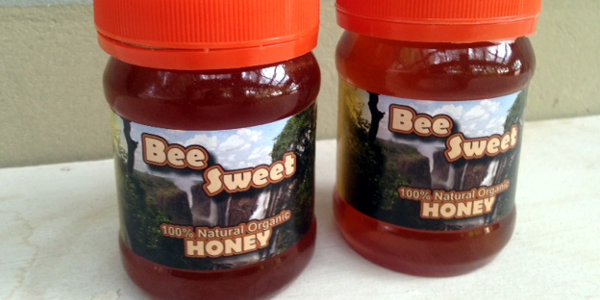 While headlines in the west sound the alarm on the mysterious decline of honeybee populations in Europe and North America, the business of bees is growing in Africa.

One company, Bee Sweet Ltd, has developed a scalable and replicable business model that is not only producing high quality, certified organic honey for domestic retail and export, but also saving trees and substantially increasing the incomes of rural farmers in Zambia.

“You’ve got to understand, what we’re doing is nuts,” Bee Sweet’s founding entrepreneur John Enright asserts. “We’ve made 50,000 beehives and we’re giving them all away – this is insane.”

Bee Sweet, headquartered in Ndola, Zambia, has spent the last eight years perfecting its business model. The traction it has gained is significant. The company currently contracts about 10,000 rural households, which oversee 50,000 hives. In 2014, Bee Sweet harvested 150 tons of its light amber, polyfloral honey and paid out about $100,000 to smallholder farmers across Zambia’s Miombo forests.

With its success in retail and road-side shops across Zambia under its Bee Sweet and It’s Wild! brands, the company has started to look abroad for new market opportunities, particularly in the EU and in regional markets. It currently has one private label brand in the UK, for which Bee Sweet won a Great Taste Award in 2014.

But these gains haven’t come easily over the last eight years. “We started over and over and over. My efforts were misguided – I had to unlearn what not to do,” says Enright. “What we found out is that we cannot fight against the culture,” he explains. “If your project runs counter to the culture, then it is doomed to fail.”

Enright has a clear-eyed view of subsistence farming life. “These are farmers, I can’t ask them to do something else that will cause them to possibly starve to death. I can’t ask them to stop their traditional way of surviving done through the years,” he says. “Consequently, the beehives are not taken care of by the farmer. We send people out to do the harvesting. The farmers are just guarding the beehives, making sure they aren’t stolen.”

Aside from working within local customs, Bee Sweet utilises a sophisticated incentive scheme to ensure that each stakeholder is fairly compensated for his or her work. Here’s how it works:

Bee Sweet representatives develop a partnership with a local chief by pitching the honey scheme to him. “[We say] if you’ll give us access to your land and families, we are going to put in a profitable bee business in your area.” The company then gives the chief five of his own hives, which will give him 10% of the honey produced at harvest.

Once the chief agrees to allow the scheme to operate in his village, the community elects a local mentor to manage all the hives there. The mentor then receives a few weeks of training onsite at the Bee Sweet headquarters where he learns to assemble kitted hives, how to select hive locations, how to check the hives, and how to bait them if the bees have swarmed. The mentor is paid based on the number of hives he harvests, as well as on the percentage of the honey that’s produced, rather than a salary.

Each household starts with five apiaries, which are hoisted up in a tree about 20-30 feet. “No one touches it. We lower the beehive twice a year when we harvest the honey. If the hive is abandoned we clean it up, put some bait in it, and stick it back up in the tree. The bees come in automatically,” Enright explains. “This is perpetual motion in Africa, it’s too good to be true but it is.”

Twice a year, Bee Sweet sends representatives with a truck and cash to collect the harvested honey. Each farmer will have two buckets of honey, which are weighed and catalogued according to EcoCert organic specifications. The farmer is paid for the honey along with the mentors and the harvesters the mentor hired to help him collect honey. Each individual is paid 10% of the honey harvest. As a result, the farmers get $50-$100 every month for protecting the hives on their land, which is a significant addition to the roughly $5-$7 a month they make from their farming plots alone.

“Everybody has to be on the profit share – they have to be incentivised by the 10% versus other pay structures like salary or an hourly wage,” Enright says. This incentive structure ensures the hives are protected, the number of hives grows, and high quality honey is harvested for Bee Sweet, which pays farmers better for their honey than other suppliers.

Another reason Bee Sweet has seen success is that it uses low-maintenance hives, which it builds in its local hive factory. “We have developed a beehive that requires no management,” Enright explains. “We call it the hybrid Kenyan, top-bar beehive.”

Traditionally, honey produced in Zambia comes from bark hives, which yield a dark, smoky honey that’s considered inferior on international markets. Bee Sweet’s top-bar hives yield more and better honey – up to 30kg each year compared with half as much from bark hives.

An added benefit of Bee Sweet’s top-bar hives is that they curtail deforestation, which is on the rise in Zambia. Many rural farmers will chop down trees to make charcoal to sell, but the hives not only rely on living trees, they also provide a better source of income than the charcoal.

As a result the farmers are deterred from chopping down trees on their land. “It’s very straightforward, and it’s just money,” Enright says.

Looking ahead, Bee Sweet plans to further expand its operations in Zambia with an expectation of placing half-a-million hives with smallholder farmers. It is also franchising its model in Malawi and Congo, which currently have 500 and 1,500 hives respectively, with plans to expand.

Wesley Cate is a co-founder of Collaborosity.