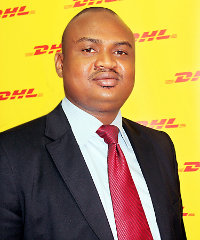 However, according to Amadou Diabate, country manager of DHL Express in Niger, businesspeople should give the country a second look.

“According to some mistaken beliefs, Niger is seen as a country with no resources and few economic fundamentals useful for doing business. Actually, Niger is one of the richest countries in West Africa with a lot of natural resources, including uranium and oil. Moreover, the authorities have managed to establish an acceptable legal and regulatory framework for the conduct of business,” says Diabate.

With large parts of the country situated in the Sahara Desert, Niger’s climate is mostly hot and dry. Diabate, who is originally from Côte d’Ivoire, says despite the dust and heat, living in Niger’s capital Niamey has its perks.

“I find the people friendly and welcoming in Niger. Everyone knows everyone. In Niamey we don’t have big city issues like industrial pollution or traffic jams,” he told How we made it in Africa.

China National Petroleum Corporation (CNPC) began pumping crude oil in Niger in 2011, and also co-owns a refinery in the country.

“Niger has become largely independent as far as oil is concerned. The money formerly used to import oil is now allocated to investment projects. The new oil sector provides a lot of employment. In addition, the population has easy and cheap access to fuel. Without risk of mistake, I can say that Niger has the lowest fuel prices in West Africa,” says Diabate.

However, Niger’s mining industry is facing challenges. Investment in the mining sector has slowed down in recent months due to uncertainty regarding new contracts between the government and French uranium mining and nuclear power giant Areva, which has had a presence in Niger for more than 50 years. The country is one of the world’s biggest uranium producers.

Challenges of being landlocked

Like many other African countries, Niger is landlocked. According to Diabate, this pushes up prices and has an impact on industrial growth.

“Almost everything is imported. The transportation cost of goods is relatively high and just inflates consumer prices. This situation also prevents some industrial investors from setting up businesses in Niger, due to the expensive transport of raw materials that would be used in their factories,” he explains.

Diabate says despite the fact that Nigeriens are relatively price-sensitive, there are opportunities in the retail sector for supermarkets and the construction of shopping malls. “We have only a few supermarkets that are very small compared to what I can see in some neighbouring countries.”

At a conference in September this year, Craig Lyons, director of Novare Equity Partners, a private equity fund manager focused on investment in sub-Saharan Africa, also identified Niger as a country that will provide attractive returns on investments in shopping mall developments. However, he said certain conditions in the country make such investments difficult.

Niger is currently experiencing growth in the telecommunications and banking industries. “We are seeing a growing interest from investors. For example, in recent times we have seen the entry of a large Moroccan bank, Attijariwafa, as well as insurance company Colina,” says Diabate.

He advises investors to partner with a local company when setting up shop in Niger. “Having a Nigerien partner or a local consultant can facilitate a foreign company’s set up and its market penetration.”

Diabate says although the government is fighting corruption and security in the country, these remain challenges to business. With 13.1% GDP growth in 2012, and an expected 5.5% expansion of the economy in 2013, he however, believes the economy is heading in the right direction.