During last week’s Africa Property Investment Summit in Johannesburg, Ivan Cornet, co-founder and managing partner of Latitude Five, an advisory firm based in London and Abidjan (in Côte d’Ivoire), questioned why French speaking African countries are being overlooked for English speaking countries on the continent. 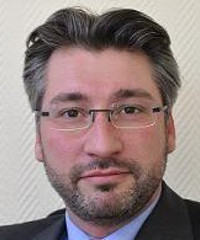 “I think it’s time to have a different look at those markets,” he told an audience of real estate professionals.

Cornet, who is in charge of real estate and infrastructure advisory transactions at Latitude Five, reminded the audience that it was not so long ago that Africa, as a whole, was referred to as the ‘hopeless continent’, and yet there has been a complete change in thinking in recent years. “It seems that for investors, the francophone countries seem to be the hopeless countries.”

While he does not deny that there are vast challenges in these markets, he added that francophone Africa is seeing many of the same attractive trends that the rest of Africa is experiencing, such as urbanisation, an expanding middle class and GDP growth. Abidjan, for example, has a population of roughly 6m. However, these growing populations with increased consumer spending power are not being targeted quite like their English-speaking neighbours.

“There is a first mover advantage,” he said. “There is no professional and sophisticated developer in most of those countries. Maybe it’s a bit different in Senegal but in most countries it is not the case.”

He added that the 31 francophone countries in Africa do not have much in common except a common language and colonial heritage, and should not be viewed as simply one market – a similar criticism many have had of international investors who look at Africa as one entity.

There are challenges, Cornet noted, such as lack of infrastructure and intervention by government. “But when you think about it [these challenges] are all over Africa. You see exactly the same [problem] in Nigeria, and other African countries.”

In addition, he said the belief that francophone countries are the most corrupt in Africa is false.

However, political instability remains a problem in many of these countries, such as the Democratic Republic of Congo (DRC) and Mali. Others such as Côte d’Ivoire are emerging from years of political turmoil. Nevertheless, Cornet said the political situation has improved in most francophone countries over the last decade.

“There are, of course, huge problems with infrastructure,” he continued. “Power shortages, problems with water, port facilities are in a bad situation except for some exceptions. But when you think about it, the fact that there are problems in terms of infrastructure, it also means that an investor can come in to fill the gap, and actually invest in those infrastructural investments.”

Cornet added that Côte d’Ivoire is a good example of a francophone country with investment potential, and has issued a paper with a listing of potential investment projects. “It’s a [full] list with about a page for real estate, a page for hospitality, where you would have support of the government to implement those projects,” he explained. “Most of the projects have not been financed up to now.”

Despite the publicised expansion of French retailer Carrefour in many francophone countries, Cornet said these markets are no longer simply the playing field for the French investor. “For example in Côte d’Ivoire, there is part of the speech of the newly elected president saying: ‘We don’t care if you come from China, or South Korea, the Middle East or France. As long as you have knowledge and capital we will welcome you.’ And that is the case. The urban train project in Abidjan is being done by South Koreans, it’s not French.”

Cornet’s advice to international investors looking to enter francophone countries is to find a local partner. “Like any country, especially in Africa, it doesn’t go without the fact that you do need a local partner. It’s very important to execute the transaction you want to do in the local country. Someone who is there, has a very good network, and is able to really guide the investors in those markets.”

Interestingly, at the same conference, Craig Lyons, director of Novare Equity Partners, a private equity fund manager focused on investment in sub-Saharan Africa, said the DRC, Central African Republic and Niger were African markets that he believes will provide attractive returns on investments in shopping mall developments. However, he views them as inaccessible due to political or economic barriers.

In addition, Lyons said they had met some of the best local partners Novare has come across in those markets.