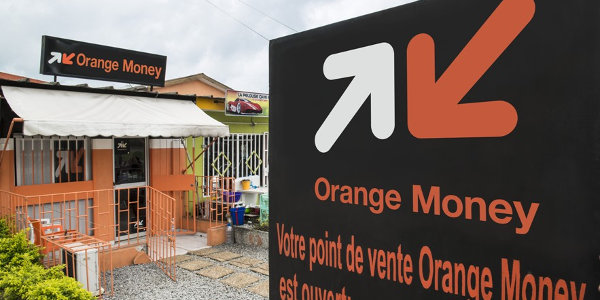 It is of no doubt that Africa is being shaken by the volcanic digital revolution. Not surprisingly, the mobile money wave has crossed the Sahelian band over to West Africa from its Kenyan birthplace.

Zooming on the West African Economic and Monetary Union (WAEMU) region – comprised of francophone West Africa (Benin, Burkina Faso, Côte d’Ivoire, Guinea Bissau, Mali, Niger, Togo, Senegal) – one could see it as a one-of-a-kind success story when it comes to conducive regulation triggering increase of financial services for the poor. In 2006, the vision to foster economic growth through an improved state of access to financial services was part of the rationale for adopting an innovative regulation allowing non-bank players in the financial services market.

Building on the new regulatory framework and the integrated monetary and economic zone with regional payment systems, the regulator (BCEAO) opened consultations in 2007 with the banking sector and the member states for an action plan in which every stakeholder was to implement a specific agenda aiming to improve the access and usage of bank accounts and electronic transactions.

Barriers to the upscale of mobile money

The granting of the first e-money licences between 2007 and 2009 resulted in a timid surge of subscribers in the region. Barriers to access were still prominent and most banks reluctant to embrace low-purchase-power clientele.

In addition, very few innovative partnerships between mobile network operators, financial institutions and other private sector players were being signed. Besides, the few stand-alone e-money issuers encountered serious financial distress partly due to lack of sufficient revenue to cover the cost of building a wide network of agents.

The surge of mobile money

It is not until the end of the political unrest in Côte d’Ivoire in the year 2010 that the number of mobile money accounts started to take a stride with, at end 2015, 22 million users, up from less than 3 million in 2010. At end September 2015, users’ performance revealed that 347 million transactions valued at close to US$8.5bn were accounted for in the region, of which Côte d’Ivoire, Burkina Faso and Mali are the most dynamic markets. On average more than 1.2 million transactions were processed every day during that period.

Strikingly, today, digital cross-border remittances are increasingly dominating the traditional rapid money transfer services, particularly on corridors between Côte d’Ivoire and Burkina, Mali and Senegal, and Togo and Benin. In addition, microfinance services and government services are progressively being processed on digital wallets.

Aside from the enabling regulation, this speed of growth can be attributed to a dynamic and competitive market of over 33 deployments representing more than a quarter of the number of mobile money deployments on the continent. Overall, users are increasingly using mobile money as opposed to cash for financial transactions which is the proof of a progressive acceptance of e-money as a means of payment.

A decade after the initial e-money regulation was adopted, access to financial services the region has soared to 49.5%. When subtracting mobile money accounts, this rate merely reaches 30%.

Yet there is still more to do

Nevertheless, today’s WAEMU market calls upon the necessity evolve to a diversified range of financial services able to attract and retain users in the digital sphere. A large portion of the money deposited in the mobile wallets is cashed out and barely 40% of users are active.

It would take sustainable and tailored service offerings that address the real demand for digital financial services for specific categories – such as women, youth and rural consumers – to unlock the WAEMU potential to achieve near universal financial inclusion given its assets.

The African Development Bank aims to achieve near universal access to financial services in Africa. In particular, the Financial Sector Policy and Strategy prioritises digital solutions as the most promising approach to making those services affordable to the poor.

Progress towards universal financial access in Africa requires action along a number of dimensions. These include: (a) Introduction of innovative pro-poor products and delivery mechanisms, services and business models that can deliver broad based financial services in economically viable ways, (b) Core infrastructure that is sufficiently interoperable that these products and services can be linked not only within a country but across borders and (c) Regulation and supervision that balance IT-enabled innovation, enhanced competition and protection of customers.

Maimouna Gueye is a digital finance expert with over 15 years of experience in the financial sector. She recently joined the African Development Bank as a principal financial inclusion officer in charge of funding a portfolio of projects targeting universal access to financial services for people in Africa.