“What the IMF WEO outlook is telling us is that Africa is overtaking Asia as the continent demonstrating the highest growth,” says Robertson.

“The positive stories include those driven by oil and gas (Chad and Mozambique), other resources such as copper and iron ore (DRC and Sierra Leone) and some recovery plays (Côte d’Ivoire). Ethiopia is more an investment-led story driven by the government and the beginning of some light manufacturing investments from China,” says Robertson.

“It is still an African dominance story if we look at the top 20 too. Newly opened market Tanzania (7.2%) is in 13th place. Africa’s biggest economy, Nigeria (7%), is in 17th place. Burkina Faso (6.7%) and Mauritania (6.8%) are booming despite my scepticism that their education levels are not good enough to make this a sustainable story.” 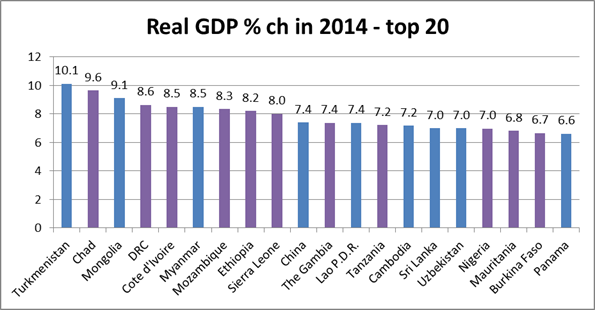 However, a number of African countries also feature in the bottom 10 in terms of projected GDP change. Libya (-19.8%) and South Sudan (-12.3%) are expected to be 2014’s two worst performing economies, while Equatorial Guinea features seventh from the bottom with negative growth of -2.5%. 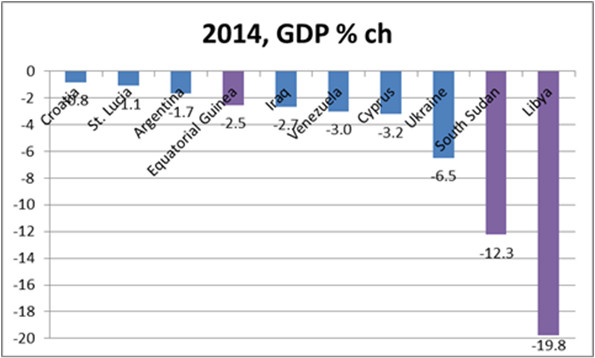