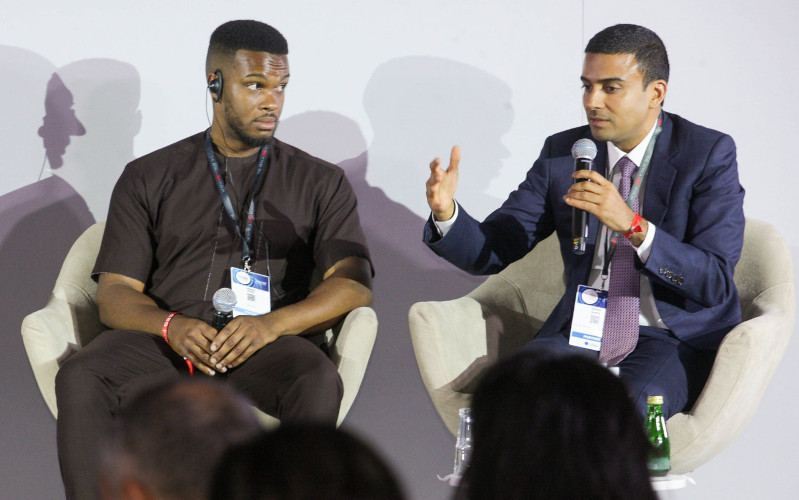 There is significant potential in Africa to convert agricultural waste into electricity, according to Ikenna Nzewi, CEO and co-founder of Nigeria-based Releaf, a company that develops equipment and software to make the oil palm value chain more efficient and profitable.

Plant-based organic material, also called biomass, can be converted into heat and electricity using processes similar to those used with fossil fuels. There are three ways to release the energy stored in biomass to produce power: burning, bacterial decay, and conversion to gas/liquid fuel.

The palm oil processing industry alone generates substantial organic waste which can be used for electricity generation. “I think there is huge potential in biomass electrification and it is a key area in which Africa needs to take a more active role in the research and development,” Nzewi said during a panel discussion at the Africa CEO Forum, which was recently hosted in Abidjan, Côte d’Ivoire.

The panel discussion focused on special agri-processing zones, dozens of which are being developed across the continent. Sub-Saharan Africa ships the majority of its agricultural exports in raw form without any value addition. It is hoped that these zones will stimulate more processing activity on the continent. The concept behind the zones is to bring various agri-processing companies and service providers together in one location with all the necessary infrastructure, such as electricity, water and sanitation, warehousing, and logistics.

Gagan Gupta, CEO of Arise IIP, a company that builds and operates industrial zones, explained that for products manufactured in Africa’s special agri-processing zones to be competitive globally, cost-efficient electricity is needed. Although biomass energy production might not be a viable alternative for one factory, in the context of an agri-processing zone with many factories, it becomes much more feasible, Gupta said.

In an earlier interview with How we made it in Africa, Timi Oke, co-founder of Nigerian agri-processing and trading company AgroEknor, also highlighted the potential to use agricultural waste for energy generation. According to Oke, there has been a surge in the volume of organic waste across the country, especially at agricultural markets. The Dawanau grain market in Kano State is a case in point:

“The market was originally established to serve as a major source of grains for the state and a storage centre for all types of farm produce,” Oke explains. “It has grown to international status and now supplies all types of grains and other cash crops not only to other parts of Nigeria but also to several West Africa countries. Owing to this increased level of trade, the market has become a hot zone of agricultural waste because of the lack of appropriate storage infrastructures.”

Oke believes an opportunity exists to target Dawanau, with its high concentration of agricultural waste, for the generation of electricity and to recover any material that can be resold.

“The market has unique potential to become an integral part of energy infrastructure in Nigeria; a country that has deeply rooted energy and electricity challenges. In Africa, waste-to-energy/ bioconversion/ biogas can provide sustainable, low-cost electricity generation.”