At the time of writing I was sitting in the Chicken Inn fast food restaurant in a shopping mall in Ghana’s capital, Accra. For health reasons I normally try to stay away from fried chicken, but I was hungry with no time to wait to be served at a traditional restaurant. 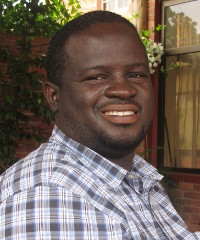 Restaurants such as these have been growing throughout Africa. The Chicken Inn franchise has expanded across the continent. KFC also has ambitions for Africa and has boosted its footprint significantly.

Mr Bigg’s, a fast food chain with operations across Nigeria and Ghana, reportedly sells about 25,000 pieces of chicken every day. In addition, a growing number of hotels and modern supermarkets are also demanding a constant supply of poultry products.

However, it is demographics that are likely to boost demand for poultry on the continent. Popular wisdom says that as incomes rise, people generally start to consume more protein.

According to the Food and Agriculture Organisation of the United Nations (FAO), growing populations, economies and incomes are fuelling an ongoing trend towards higher consumption of animal protein in developing countries.

The FAO predicts that by 2050 the expanded world population will be consuming two thirds more animal protein, with meat consumption rising nearly 73%. Africa, with its growing population and rising middle class in many countries, is not likely to miss out on this trend.

In Ghana, the estimated consumption per person of poultry products has increased from 4kg in 2010 to 6.6kg in 2012. This assertion comes from a report by the USDA Foreign Agricultural Service, which also projects that per capita consumption may rise to 6.8kg in 2013.

In South Africa, the continent’s most developed economy, the average person consumes 37kg of chicken each year, clearly showing significant room for growth in Ghana.

Frederick Kwame Nyamekye, a Ghanaian poultry farmer, calls himself a small-scale producer and currently sells about 4,000 birds a month to a variety of customers, including restaurants, hotels, a supermarket and individual households. He had to work hard to get his current market.

He said hotels in Ghana will only do business with poultry producers that can guarantee continued supply. For many small-scale farmers, often operating without electricity, this is a huge challenge.

When KFC first opened in Nigeria, one of its biggest hurdles was finding local producers to regularly supply the quantities required by the chain.

“The only limiting factor we’ve got in Nigeria right now is actually chicken supply, and finding suppliers who are able to meet our global quality standards in sufficient quantity. The commercial chicken industry is horribly underdeveloped,” said Keith Warren, MD of KFC Africa at the time.

Nyamekye says there is a sufficient market for him to sell 20,000 birds a month, if only he had the resources to boost production.

In addition to broiler production (chickens bred and raised specifically for their meat), companies are also seeing potential in table eggs.

Goldenlay is one of the top producers of table eggs in Zambia, supplying its products to the Copperbelt area as well as to the Democratic Republic of Congo. In 2012 the company attracted private equity investment from the African Agriculture Fund, managed by private equity fund management company Phatisa.

Fletcher Broad, Goldenlay’s operational director, told African Trader that competition for eggs in Zambia is “very aggressive”. He says 50% of Zambia’s egg production is from small-scale poultry units. The ability to obtain cheap loans has created more players bidding for the market.

Earlier this year, Christo Wiese, chairman of pan-African supermarket group Shoprite, said at a conference that “there are African countries where we have to import fresh eggs into the country. You can’t source [them] locally.”