Guinea’s Simandou mountain range stretches over 110km and is located in the southeastern corner of the country. The area is extremely remote and surrounded by forests. But within these mountains lies the world’s largest untapped iron ore deposit – worth billions of dollars. 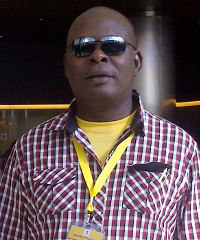 Maurice Effombo, country manager for DHL Express in Guinea, describes the mining investment as a game changer for the country.

Plans to mine Simandou’s iron ore have been in the works for a number of years, but the project has been marred by delays and controversy.

However, on Monday an important milestone was reached with the signing of an investment framework between the government of Guinea and mining companies Rio Tinto and Chinalco, as well as the IFC for the development of Blocks Three and Four of the Simandou concession.

The US$20bn project involves far more than just the mine. There is no transport infrastructure connecting the Simandou mountains with the Guinean coast, which means a new railway of about 650km will be constructed. A deepwater port will also be built south of the capital Conakry. From here the iron ore will be loaded directly onto vessels for shipment to countries such as China.

Despite the signing of Monday’s investment agreement, it is likely to still take a number of years before full scale mining gets underway. Some expect that commercial production will only start in 2019.

The world’s largest iron ore mine

Simandou is the largest combined iron ore and infrastructure project ever developed in Africa. In full production, it will be the biggest iron ore mine in the world. Rio Tinto estimates the project could double Guinea’s current GDP.

“With massive infrastructure investment, this project is of critical importance for the people of Guinea. It’s a nationwide priority that goes beyond the mines and far beyond our generations. With transparent and fair deals, our mining sector has the potential to be a game changer for Guinea,” commented Guinea’s President Alpha Condé.

Maurice Effombo, country manager for DHL Express in Guinea, describes the project as a possible “game changer” for the West African country. The mining sector currently accounts for most of DHL’s business in the country.

“Simandou has the potential to transform Guinea’s economic fortunes. Not only will the project create numerous jobs for Guineans, but there will also be opportunities for local companies to provide products and services to the international mining firms,” says Effombo.

The town of Forécariah has already been identified as a likely new “hub”, due to its proximity to the new port and railway line.

Effombo also highlights the importance of ensuring the project is completed in a sustainable way by supporting local communities and protecting the Simandou area’s rich biodiversity.

“After many years of conflict and troubles, Guinea is opening up to the rest of the world. The country has immense business opportunities in a variety of sectors. The Simandou project could play an important role in Guinea’s overall economic progress,” notes Effombo.