The development and operation of business hotels is a better opportunity in Africa compared to leisure resorts. 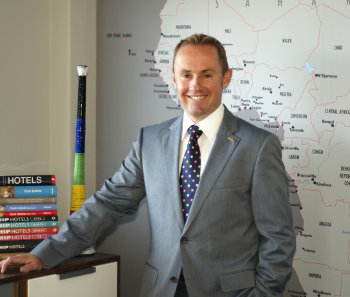 So said Andrew McLachlan, the man responsible for growing hotel group Carlson Rezidor’s business in Africa, during a panel discussion at the recent Africa Property Investment Summit in Johannesburg. The company currently operates the Radisson Blu and Park Inn by Radisson brands across numerous African countries.

“We like to have an 80/20 split. Eighty per cent of our time and energy is focused on developing business hotels … It is a much more robust segment to be in. If there is an outbreak of an Ebola virus or there is a bomb, a businessman will be out for a week and he will come back into that city and continue to do his business. From a resort point of view, if there is a bomb or there is unrest, it can literally knock 12 months out of your programme,” McLachlan explained.

International hotel group Accor, operator of brands such as Novotel and Ibis, also has a strong focus on business hotels. “We’ve seen that the best return on investment is in business hotels, rather than leisure hotels,” commented Boela du Plooy, director of development for sub-Saharan Africa at Accor.

The panellists noted that the growth in business hotels in Africa is being driven by a number of factors, including the discovery of new resources as well as the establishment of conference centres. “The resources dictate where the corporates are going … It is interesting that countries we didn’t think about maybe five years ago as resource rich, are suddenly starting to show resources. It is a changing landscape all the time,” said Joop Demes, CEO of Pam Golding Hospitality.

McLachlan added that he monitors the launch of new airline routes in Africa when considering where to open the company’s next hotel.

Carlson Rezidor will soon open a Park Inn in the remote town of Tete, situated in the centre-west part of Mozambique. Tete is the heart of the country’s new coal mining industry. The area around the town has some of the world’s richest coal reserves. However, Tete has very few formal supermarkets and hotels, creating significant opportunities for more developments.

Despite the strong focus on catering for Africa’s business travellers, leisure hotels continue to offer opportunities.

How we made it in Africa earlier reported that Canadian luxury hotel group Four Seasons recently took over the management contract of a lodge in Tanzania’s Serengeti National Park. Four Seasons has also announced two additional new hotels planned for Tanzania – one at the Ngorongoro Conservation Area and another on the island of Zanzibar.

“It is important that we have key resorts,” said McLachlan. “We have got loyal customers who spend 11 months a year with us, earning loyalty points through our loyalty programme. When they go on holiday, we don’t want them to go to a competitor, have a great holiday with the competitor, and come back and continue with the competitor. A resort is much more brand enhancing … customers tend to be there for five days, they use all the facilities, they tell all their friends, they tell people in the boardroom, ‘you won’t believe my fantastic holiday’.”

“From a resort point of view, we look at North Africa, the Indian Ocean islands, and there are parts of East Africa where we see real opportunities to grow the resort segment. And also getting into the safari experience. That is one thing that Africa has, that no-one else has anywhere else in the world … and it is a space that we as international brands can start playing in,” McLachlan added.