“We have long wanted to expand into sub-Saharan Africa and offer new outdoor adventure experiences to our guests.” 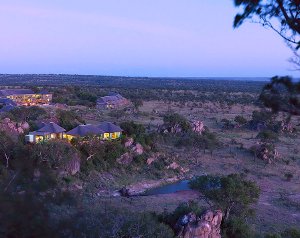 Four Seasons Hotels and Resorts has entered into a management agreement with the owners of Bilila Lodge. The property will be upgraded and renamed Four Seasons Safari Lodge Serengeti.

The lodge is situated in Tanzania’s Serengeti National Park. The property comprises 60 rooms, 12 suites and 5 villas.

“We’re thrilled to have an outstanding location and partners who share our vision to create a world class lodge like no other in the heart of Africa’s finest safari region,” Taylor added.

“It’s great to be back in Africa, where each day brings a new wonder. This lodge will be an excellent opportunity for first time safari travellers, families and groups to experience the natural beauty, astounding wildlife and fascinating culture of the Serengeti,” commented James Kostecky, who has been appointed as general manager of the hotel. Prior to his new position, Kostecky worked for Four Seasons in Thailand. He, however, has previous experience with a hotel group based in Kenya’s capital Nairobi.

Four Seasons has also announced two additional new hotels planned for Tanzania – one at the Ngorongoro Conservation Area and another on the island of Zanzibar.

According to research by Nigeria-based W Hospitality Group, at the beginning of 2012, hotel operators reported a total of 208 hotels, with just over 38,000 rooms, in their development pipelines in Africa. Of the total planned hotels, 46% are in the five countries of north Africa, and 54% in the 49 countries of sub-Saharan Africa.

W Hospitality Group says that on average the global hotel brands have less than 2% of their total rooms in sub-Saharan Africa, and with rapid expansion of their existing and upcoming hotels in China, India and other developing and developed countries, this percentage could drop further. But the rewards in Africa are high, and with economic growth rates in many countries of 7% and above, it is regarded by many as the most profitable place to do business – just oftentimes slower than “normal”.