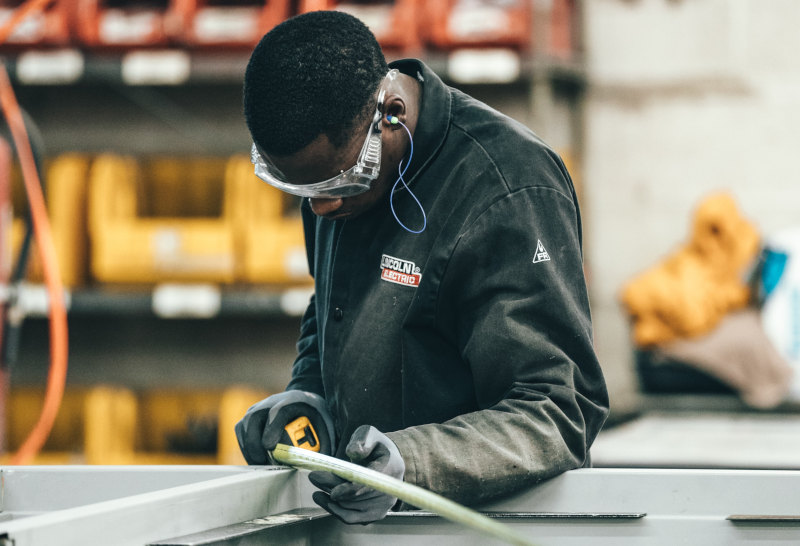 Despite the setbacks caused by the Covid-19 pandemic, the manufacturing sector in East Africa still offers investment opportunities, according to participants in a recent webinar hosted by the East Africa Private Equity and Venture Capital Association (EAVCA) in partnership with Manufacturing Africa.

“We are always looking for a new dawn and the new dawn we are hoping to see is one of both stability and economic prosperity for the continent,” said Kannan Lakmeeharan, lead for Manufacturing Africa (previously known as Invest Africa) at McKinsey & Company, where he is a partner as well. “We truly believe that the manufacturing sector is core to achieving that.”

Manufacturing Africa is a programme by the UK’s Foreign, Commonwealth and Development Office (FCDO) linking investors, businesses, financiers and governments, specifically in the manufacturing sector. McKinsey has been awarded the contract to implement the multi-year programme along with a consortium of partners.

The programme runs from 2019 to 2026 and currently has 811 deals in the pipeline in East Africa. It also focuses on other countries such as Nigeria, Côte d’Ivoire and Senegal. Of the 811 possible East African deals, 38% are in agro-processing, 15% in electronics, 12% in textiles and apparel and then around 4% each in rubber and plastics, pharmaceuticals, and paper and wood.

During the webinar, the following opportunities were identified as having good return potential for investors.

Lakmeeharan indicated that investment of around $1 billion is required in Ethiopia alone by 2030 in this high-opportunity industry. Demand for packaging materials is primarily driven by agro-processing players.

The data from the Manufacturing Africa programme shows that around 64% of demand is expected to be in plastic packaging.

One suggestion for success in this area is to set up operations in Ethiopia’s industrial parks which would help to secure clients and provide access to government incentives. Around the capital Addis Ababa, there are six industrial parks with a focus on both the agro-processing and the pharmaceutical sectors.

Martha Osier, director at private equity firm Adenia Partners, confirmed that the company is still actively looking at opportunities across the continent, including Ethiopia, but mentioned that the foreign exchange challenges in that country could make investments “a bit tricky”.

The governments of Kenya, Rwanda, Uganda and Ethiopia have all shown commitment to boost circular economy activities, aimed at eliminating waste and the continual use of resources.

According to Lakmeeharan, these initiatives provide opportunities for investment into new technology, specifically around recycling.

Manufacturing Africa’s data shows that the assembly of TVs and fridges are emerging as an untapped opportunity, specifically in Kenya. This is because of the size of the potential market (more than $170 million) and margins of between 10% and 15%. There is also limited local competition with only two local assemblers in the country.

While there are various agro-processing opportunities in all the countries Manufacturing Africa works in, Lakmeeharan highlighted three high-potential prospects in Ethiopia:

Lakmeeharan also mentioned the manufacturing of pharmaceuticals as an area with potential. Three of the six case studies shown as recent examples of transactions that are being supported are in this sector, as well as one of the deals already concluded.

Two are local pharmaceutical companies – one looking to upgrade and expand its domestic operations while the other wants to backwardly integrate and set up a new manufacturing facility. The third example is a domestic conglomerate seeking to establish an investment platform for pharmaceuticals.

The deal that had reached financial close is a pharmaceutical company forming a dedicated unit for the manufacturing of rapid tests, specifically for epidemics such as Covid-19.

Seema Dhanani, coverage director for Kenya at the UK’s development finance institution, the CDC Group, said her organisation has recently announced some large transactions in the pharmaceutical space. “I am particularly excited about the focus we now have on healthcare,” she said, adding there is currently heightened awareness around the sector which could present further opportunities.