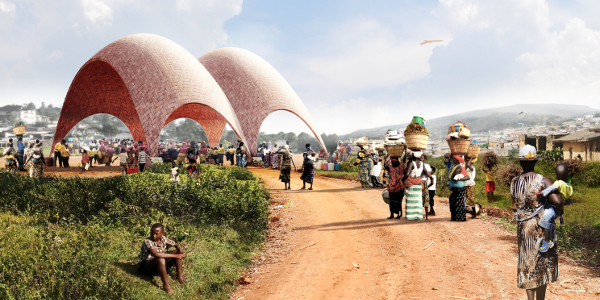 Rafiq Raji, an adjunct researcher at the NTU-SBF Centre for African Studies, discusses five technologies changing everything from medicine to manufacturing.

1. Drones to the rescue

It has always been difficult to get much-needed medicines and supplies to remote areas, which often lack navigable roads. In October 2016, the Rwandan government, in partnership with an American drone service provider, launched a drone initiative to deliver emergency medical supplies to hospitals – blood from the national blood bank for instance – reducing delivery times significantly.

Drones can also be less expensively deployed for postal and courier services, as well as online purchases. They can be used to survey farmland, disperse fertilisers, transport supplies to disaster zones, and monitor oil and gas pipelines.

In Nigeria, where militants in the southern Niger Delta region have been blowing up crucial pipelines, the authorities plan to use drones to monitor the pipelines and even strike erring militants. Farming, mining, and construction activities could use drones for various purposes as well.

There is a lot said about how it is increasingly difficult for African countries to catch up to their developed counterparts when it comes to manufacturing. Much of this talk is about the need for specialisation in specific parts of an envisaged global value chain.

Technology is disrupting that view. 3D printing means that a manufacturer can produce almost anything, as long as the design can be fed into a computer with software that communicates to a special printer.

This means that the location of a factory may not be differential to the quality of products, in time. Production can be to order, avoiding wastage and the associated costs. And skill won’t necessarily be a constraint either; at least not on the scale that would have been needed had entire production lines been required, as is the case currently.

Using designs by, say, a high-calibre team abroad, the production line team anywhere else just needs to know how to operate a computer.

More localised manufacturing would increasingly be possible, eliminating the need to import goods from distant lands. Instead, a local company could simply buy a licence to 3D print the products needed, limiting outlays (after the initial costs of procuring the 3D printer).

Incidentally, 3D printers are already being made on the continent. In 2013, WoeLab, a technology incubator in Togo, created a 3D printer from electronic waste. Tanzania’s Buni Innovation Hub followed with one of its own, two years later.

Even if all the funding needed to reduce Africa’s power supply deficit was suddenly made available, there would still be some things that can’t be fixed by money alone – that need new, specifically designed technologies.

For instance, there are remote parts of the continent that power transmission lines are not be able to reach. Renewable off-grid power solutions are well-suited for such situations. Considering most rural dwellers are poor, a major problem until now has been how to ensure that customers are able to pay for the power they use. The solution? Customers make a series of small monthly payments from their mobile phones. And when they default, the service provider simply switches off the equipment remotely.

Since the power produced is off-grid, the payments essentially cover the procurement and maintenance costs of the equipment, with some mark-up. In 2014, MTN, a South African telecoms company, in partnership with Lumos, an international off-grid solar power company, rolled out a service like this in Nigeria. With support from the Kenya Climate Innovation Centre, PowerGen Renewable Energy provides a similar service in Kenya.

With a smartphone, education technologies now, in theory, enable people throughout the continent to have access to the same knowledge as Europeans or other advanced-economy learners. Online degrees, videos on dedicated intranet platforms, and myriad creative solutions are making these things possible. For instance, the Massachusetts Institute of Technology (MIT) Open Knowledge Initiative provides free online course materials through its OpenCourseWare platform, allowing anyone, from anywhere in the world, to have access to the same high level of education that can be found in one of the world’s most advanced higher institutions of learning.

And as internet connections become faster, classes could be beamed live to various locations – something akin to teleconferencing. The higher expense associated with doing this may be a constraint, however.

An online-only lending service, to be launched in Nigeria before the end of 2016, leverages the lower costs enabled by innovations like mobile banking. Lidya is a ‘digital-only’ bank, as its founders, Tunde Kehinde and Ercin Eksin, like to call it, and would be Nigeria’s first online lender. Lidya targets only small- and medium-sized enterprises. It aims to provide unsecured loans of about US$500-$15,000.

Initially focused on Nigeria, the founders hope to expand it to other African cities. They will probably succeed. Kehinde used to run Nigeria’s biggest online retailer, Jumia.

The discerning eye can easily see how banks may become increasingly irrelevant over time, in their current form at least, as the medium for their services moves from bank accounts to mobile phone accounts. Their credit risk evaluation and management know-how would still be in demand, but even these are increasingly being replicated by specialist software embedded in easy-to-use customer interfaces.

Outside of the normal costs of keeping bank tellers, managing cash and other overheads, banks in African countries bear other costs, peculiar only to the continent. They often have to supply their own electricity, for instance, as power supply remains grossly inadequate and epileptic in many African countries. The online model does not require any of these. Other financial services are being replicated online. South Africa-based Hepstar distributes insurance services digitally, making them readily available online in a hassle-free manner, unlike the relatively tedious process of securing similar services from still conservative insurance firms.