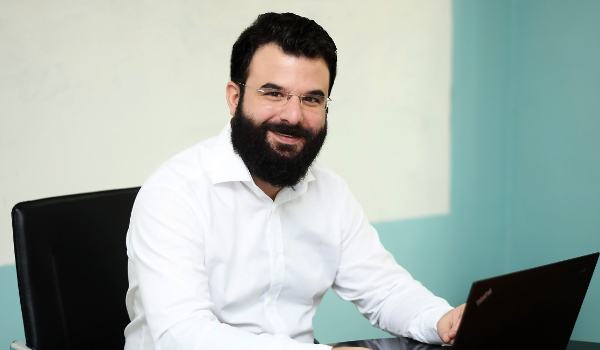 Ercin Eksin and his business partner Tunde Kehinde want to take advantage of the opportunity that Nigeria’s developing market presents for basic services. Lidya, their new Lagos-based business, is being branded as a purely digital bank (a first of its kind in the country), having no brick-and-mortar branches. Among the services offered by Lidya is credit for small companies.

In its initial phase – the proposed launch is at the end of October this year – Lidya will offer only unsecured business loans to small and medium-sized enterprises (SMEs). The loans will range between US$500 dollars and $15,000.

Eksin sees one of its big selling points being that, unlike a traditional bank’s normal six-month waiting period, Lidya’s loans will be made available to customers within 72 hours if they are found eligible.

Additionally, Lidya won’t require collateral or financial audits, but instead will use credit-scoring algorithms and technology to judge a customer’s creditworthiness.

Eksin, who was part of a global operations team at Rocket Internet, and a former COO of e-commerce website Jumia, noticed on his business travels through Africa that many simple services didn’t exist, and as such, that there was plenty of space to create a positive influence and turn a profit.

“The problems that you have to tackle here are of a much bigger scope than if you are in a developed country, where most of the things are working. So you are basically still able to come up with a very disruptive idea. Here the basics need to be built from scratch, so that gives a lot of opportunity to create impact.”

Two issues, however, stood out: One, the lack of consumer-orientated logistics; and two, the limited amount of funding available to smaller companies.

To address the lack of logistics connecting companies to customers, Erksin and Kehinde started Africa Courier Express, a delivery company in Nigeria, which they still run today.

Lidya was developed to tackle problem number two. Their plan is to partner with larger banks, which Eksin believes are structured to serve only larger businesses, and allow them to use Lidya as a platform to better service SMEs.

For the first year, Lidya will focus on Nigeria, but there are plans to expand to other major African cities – such as Accra, Nairobi, and Abidjan – where a similar gap exists.

The value of small business growth

According to Eksin, aside from providing absent services to the African market, Lidya is also aiming to help fight unemployment – a topic he and his partner are passionate about.

“We would like to create a lot of employment as well – that’s why we choose ACE as our first business model, because logistics creates, after agriculture, the second highest employment per dollar invested. And that is why we would like to basically tackle something that will help a lot in terms of job creation and in terms of impact… and that gives us a lot of satisfaction,” says Eksin.

“The thing is, [Lidya] will create a lot of employment indirectly, because if you jump-frog access to finance, it will come as growth for these SMEs,” – which, in turn, will create jobs.

Eksin believes that Lidya, aside from building a stronger entrepreneurial ecosystem for Nigeria and future markets, will also spur economic growth and “take Africa to the next level” by providing funding to smaller businesses.

He cites a McKinsey study that shows that Nigeria could experience growth of 10-12% of its GDP if credit access is provided to SMEs.

Eksin adds that public-private partnerships are important for economic growth: “To build the ecosystem for Africa to get to the next level, we believe it cannot be government institutions alone.”

“All the history shows, for a country to really unleash its potential, [the government] needs to work with and evolve the private institutions.”

History also shows that Africa has a strong start-up culture. However, consumers still harbour a distrust for online services, one of the keys to modern start-ups. It will be up to Lidya to stoke one fire, while quelling the other.