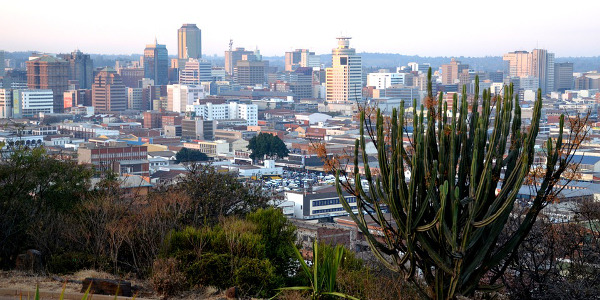 Zimbabwe’s president Emmerson Mnangagwa on Tuesday called for “time, patience, unity of purpose and perseverance,” in getting the country’s struggling economy working again “from being dead” under his predecessor Robert Mugabe.

His plea comes amid an acute, and worsening economic crisis. It’s likely to fall on deaf ears.

Mnangagwa is of course right – meaningful economic recovery after the stagnation of the Mugabe era will take time, and patience. The problem is that it’s been almost two years since he succeeded Mugabe, a reasonable amount of time to expect some evidence of a turnaround.

Yet far from improving, Zimbabwe’s economic outlook has drastically deteriorated.

Since 2017 inflation has soared to 300% according to the IMF, invoking fears of a return to the hyperinflation last seen under Mugabe. Shortages of basic goods have become the norm, amid an acute foreign currency shortage.

A new currency introduced in June is in free-fall, the economy is expected to contract by 5.2% this year, and millions are at risk of hunger with warnings that the country is facing its worst ever famine.

The government insists that it’s putting in place the foundations for an economic revival, but it’s hard to buy into this in the absence of any discernible improvement.

Côte d’Ivoire, the world’s biggest cocoa producer, will cap production at 2 million tonnes from 2020 in a bid to boost prices. The plan is part of coordination efforts with Ghana, the world’s second-biggest producer, aimed at reducing their vulnerability to price volatility. More: Reuters

The speaker of Egypt’s parliament on Tuesday said the country will carry out “political, party and media reforms”, seen as a bid to appease citizens following rare anti-government protests last week over worsening economic conditions and corruption. The government has also announced that 1.8m people have been added back to a food subsidy scheme since February. More: Bloomberg

The United Nations refugee agency, UNHCR, has said more than 1,000 people have died trying to reach Europe by crossing the Mediterranean this year, the sixth year in a row the death toll has exceeded this figure. The agency has appealed for an increase in search and rescue efforts, which have been drastically scaled back by the EU. More: Al Jazeera