As I sit in Lusaka, Zambia’s Minister of Finance, Alexander Chikwanda, is touring the Copperbelt, home to the country’s large mining sector. Chikwanda is seeking talks with the country’s mining giants to renegotiate a controversial tax hike.

The mining sector is Zambia’s economic engine and currently is under tremendous financial pressure. Copper prices have fallen but populist policies implemented by the previous government have put it under further strain.

As of 1 January, mines are required to pay higher royalties on their revenue. But in the current climate, mining companies are unable to pay high taxes, meaning they risk laying off workers to compensate for lower revenues, fueling unemployment and grievances among the population towards big business.

However, Lungu will only serve out the remainder of Sata’s term and Zambians will return to the polls in 2016, with campaigning likely already starting by October. This gives the new government little time to sort out Zambia’s economic challenges and all will depend on the path Lungu decides to take. 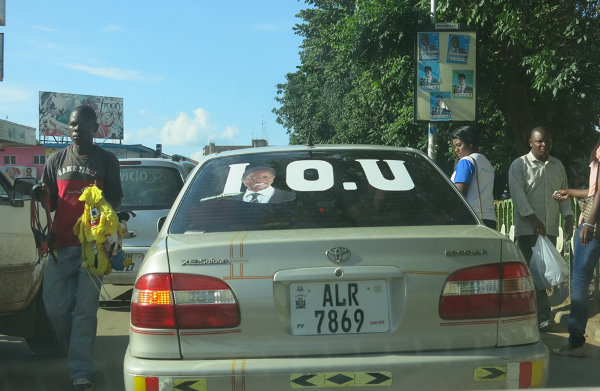 The picture of Zambia’s new head of state, Edgar Lungu, on a taxi stuck in Lusaka’s traffic.

Should he seek reelection in 2016, it is likely Lungu will want to please voters on the basis of populist promises and higher government spending, something the country, with a wide fiscal deficit of 5.5% in 2014, can’t afford.

However, there is a chance he will develop the right policies to tackle Zambia’s economic challenges, as reflected by key appointments he has made so far. Margaret Mwanakatwe was named the country’s new Minister of Commerce. She used to be managing director of Barclays Zambia and her nomination has been welcomed by the business community.

Diversification is crucial for economic stability

Zambians are well-aware of the risks associated with over-reliance on the mining sector. The government is actively seeking to diversify the economy by reviving the industrial sector, and investing in agriculture, food processing, infrastructure expansion and construction.

In theory, Zambia could become a formidable manufacturing country. As it sits on Africa’s largest water resources, it has plenty of potential for hydropower, which would allow it to export power to its energy-starved neighbours, such as South Africa.

However, doing business in Zambia is expensive. “Salaries are higher than in other markets in the region,” complains the managing director of a large manufacturing business. “Efficiency is also low. In reality it would be cheaper to import directly from South Africa as parallel imports erode margins. We are also taxed for our products which are sold through the informal market! It is very expensive to operate here, and the rewards will only be felt in the long-term.” His thoughts are echoed by a senior executive at a leading financial institution: “Our cost of living is very high,” she told me. “The salaries only match that.”

Zambia has a relatively large and fast-growing middle class. I visited the production plant of Zambian Breweries, bottlers of Coca-Cola and brewers of the country’s excellent Mosi Lager. The company’s high-end beer brands, such as Mosi and Castle Light, have been growing quickly as consumers trade up from cheaper beer brands.

Zambians are also displaying their growing wealth through acquiring status symbols such as cars. Traffic in Lusaka is increasingly congested, as more consumers have access to credit despite high borrowing costs above 20%.

The capital’s many billboards advertise health insurance, pension schemes and private healthcare clinics. Hip Zambians crowd restaurants and expensive shops in the city’s many shopping malls. As an oil importing country, Zambia is also benefiting from lower oil prices at the pump, which allows the average consumer to spend more on non-discretionary goods. 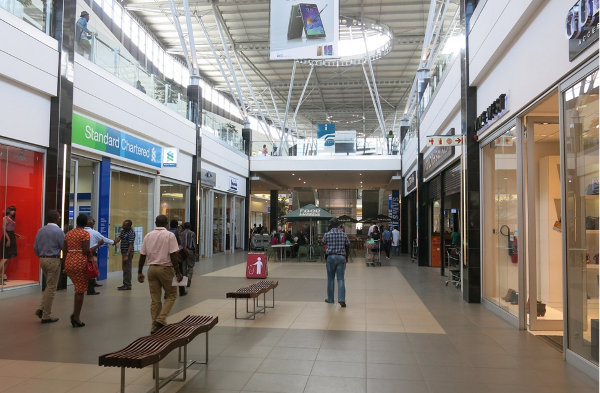 Construction is booming, reflecting consumer demand to own property. Trucks loaded with Lafarge cement crowd Lusaka’s roads and Nigerian cement producer Dangote is about to enter the market to serve both Zambia and the region at large.

Zambia is a peaceful and stable democracy that is surrounded by eight countries, making it a strategic location to sell into some of its politically more unstable neighbours. Southern DRC is often served via Zambia by companies who are unwilling to take on the risk of a local presence. Most products found in the DRC’s wealthy Katanga province are imported from Zambia.

Zambia has all ingredients for success: stability, power, a wealthy middle class and a good geographic location. Yet its future lies in the hand of politicians and the months leading up to the October 2016 elections will be pivotal for the country.