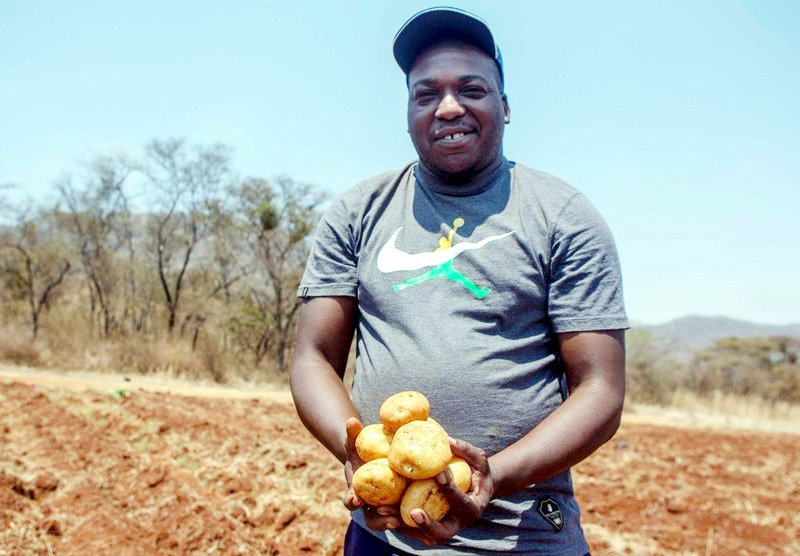 Baldwin Mazango is an example of a new, young, generation of farmers leading a silent revolution in the continent’s vast farmlands. Now he wants to encourage other young Africans to do the same.

When 36-year-old Baldwin Mazango started farming in 2012 in Mazowe, Zimbabwe, he had land on which he could plant just 22 potato seed lines, each 15m long … something he now jokes about to friends.

But through hard work and sheer determination, Mazango managed to expand his potato farm from that tiny piece of land to more than 10 hectares. Today, his 55 tonnes of potatoes per hectare – against a US average yield of under 50 tonnes per hectare – is a local record and also the first generation of a locally-produced, virus-free variety.

Mazango is one of many new young farmers in the country who are recognising the opportunity that farming offers, for financial freedom.

“There is no other enterprise now, where you have a high return investment like in farming. In 120 days of farming potatoes on a hectare, I’m not looking for anything less than 11,000 dollars, gross, of income. If I do cabbages it’s 8,000 dollars, if I do tomatoes it’s 12,000 dollars. And with potatoes, I’m now at above 12,000 dollars per hectare, per annum,” he said.

While some traditional farming heavyweights like South Africa struggle to attract new young farmers, there are clear indications that a growing number of young people in many other parts of Africa are considering agriculture as a reasonable professional alternative. 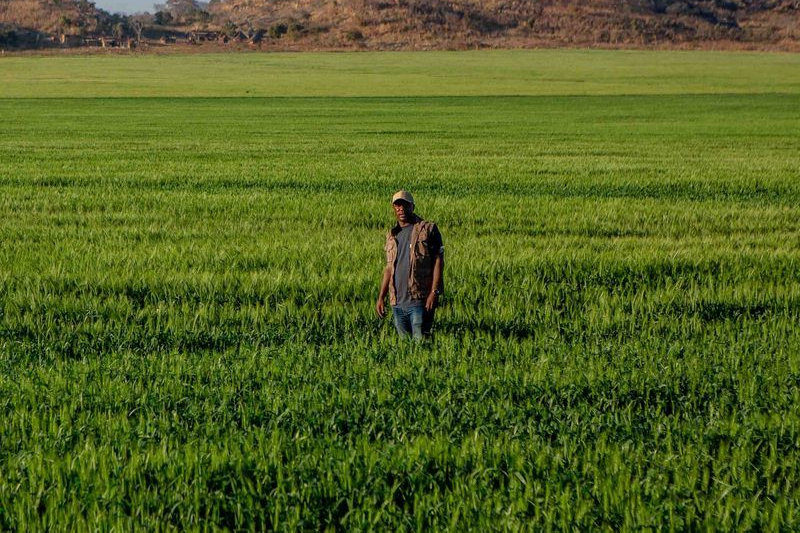 Tirivangani Chidyausiku in one of his wheat plantations. Photo Tafadzwa Ufumeli

Mazango made it clear that he wouldn’t dream of doing an office job and instead is happy to continue building a farm that he believes will provide financial opportunities and a better quality of life, thanks to solid returns on his investment.

He’s part of more than 6,000 young farmers connected through various digital farming platforms in Zimbabwe alone. Through online campaigns, these digitally connected young farmers are helping motivate other young Africans to take up farming instead of hard-to-find office jobs.

Some 85 km away, Tirivangani Chidyausiku, 39, is a tobacco, maize and wheat farmer in the Goromonzi area, outside the capital Harare. He’s been farming for about 10 years and said his life couldn’t be any better.

In the cool of an afternoon, he can be found walking through his vast green wheat or maize plantations. “For me, agriculture isn’t a career that I envisaged but once I started, I fell in love with it and haven’t looked back since. And I am looking into expanding the production in all the crops that I grow at the farm,” he said.

“We have moved from 30 hectares of tobacco to 110 hectares which we are preparing for this year’s farming season,” he explained.

Data shows that just three countries are responsible for the vast majority of Africa’s food imports, with most of the remaining 49 countries producing sufficient food and even exporting to other parts of the world. However, worries remain that young, educated Africans are increasingly choosing city-based jobs over the physically demanding and less secure opportunities in agriculture. Mazango, Chidyausiku and other young Zimbabwean farmers hope to change that.