The last decade saw a strong growth in remittances into sub-Saharan Africa. According to the World Bank, remittances are estimated to reach close to US$30 billion in 2015, up from an estimated $4.6 billion in 2000 to just over $20 billion a year during the 2008-2011 period. These figures, however, does not include the unrecorded inflows into the region. 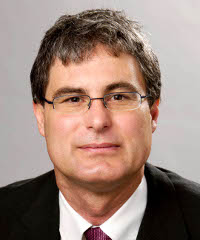 According to David Cowan, a senior economist for Africa at financial services group Citi, this growth in remittances could be attributed to two trends: the first could be due to improved data capture and the second could be that remittances are rising due to the demographic profiles of those sending them.

“Many of the current diaspora fled sub-Saharan Africa in the 1970s and 1980s when the political situation was unstable and the economic one arguably worse,” explains Cowan in a recent report. “Those who emigrated were usually well educated, and many by now have established careers for themselves and are at the peak of their earning potential.”

If this is the case, then Africa could potentially start to see remittance growth slow as this group of the diaspora starts to retire. “It is not clear whether current migrants into Europe and the US, where barriers to immigration have risen, will follow the same income pattern as this earlier group,” adds Cowan. “In fact, many may end up working in low income, menial jobs with limited employment security.”

However, the possibility of declining remittances could be offset in the short to medium term. Cowan says it is conceivable that many of the earlier generations of the African diaspora entering retirement might want to return home, which could result in a temporary increase in remittances. This trend will most likely be more noticeable in West Africa as this region saw the highest emigration in the 1970s and 1980s.

Africa’s rising economic opportunities, especially compared to the economic struggles currently seen in the West, are looking attractive to many of the African diaspora. According to Cowan, “first generation emigrants and the later migrants from the 1990s are now seeking to return to the new sub-Saharan Africa to set up their own businesses and take advantage of the growing economic opportunities.”

While Cowan argues that the growth of remittances into sub-Saharan Africa are likely to remain high in the short term, it is unlikely that the strong growth seen over the last decade can be maintained unless a new wave of emigrants were to seek unemployment outside of Africa. However, with low growth set to continue in the US and Europe – the traditional destinations for the African diaspora – Cowan believes this will require a change in migration patterns.

“And while a trickle of new migrants may have gone to Asia and China in recent years, at present, this does not seem to be a wave,” concludes Cowan.