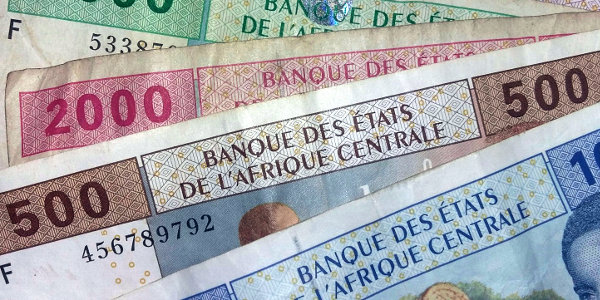 Debate over the CFA franc is once again stirring in West and Central Africa with some experts calling for a reform of the colonial currency.

Some say the region has outgrown the CFA franc, arguing it should be unpegged from the euro or just abandoned altogether.

Ivorian economist Seraphin Prao Yao wrote a book on the topic in 2012. He says the exchange rate of a country must take into account the weight of its commercial partners. And today, the eurozone is not our only partner anymore. He says member countries should also now be taking into account the US dollar and Asian currencies.

France created the CFA franc for its African colonies in 1945. France guarantees a fixed exchange rate with the euro. In return, member states must deposit half of their currency reserves in the French treasury, something some analysts say has slowed development.

The French finance minister said in April that France is open to changing this arrangement but that the initiative must come from member countries.

The 14 countries using the CFA are divided into two monetary unions, but any country can decide to abandon the currency at any time.

Both Guinea and Morocco created their own currencies at independence. Morocco is cited as a success story, while Guinea, with its years of chronic high inflation, is not.

Economists warn that having your own currency carries risks. They point to current financial crises in Nigeria and Zimbabwe.

Ivorian economist Antoine Ahua Jr. says that the strict monetary policies under the CFA franc have allowed member countries to have a stable and strong currency, which has allowed them to trade externally and to stabilise their economies.

Even critics of the CFA franc agree there are risks and that good governance is key.

Yao says simply untying the CFA franc from the euro will not automatically make member countries emerging economies. Leaders will need to really govern it well, he says.

Earlier this year, Ivorian president Alassane Ouattara, a former governor of the Central Bank of West African States, credited the CFA franc with maintaining growth and keeping inflation under control.

West Africa analyst at the London-based Chatham House, Paul Melly, says big economies like Senegal and Ivory Coast could break off on their own if they wanted to, but that’s unlikely.

“For the smaller countries, for a country like Benin or Togo, or for the Sahelian countries which are very exposed to the risk of drought every second year, the idea of breaking away onto their own, it would leave them very exposed to pressure. It would be much harder for them to maintain a stable currency and monetary position on their own,” Melly says.

But it is an emotional topic for some who see the CFA currency as another vestige of colonialism to be cast off.

Last year, Chadian President Idriss Deby said the region should instead have a “100% African currency.”

And the Economic Community of West African States has professed the goal of creating a common currency since the regional bloc’s inception in 1975. – VOA