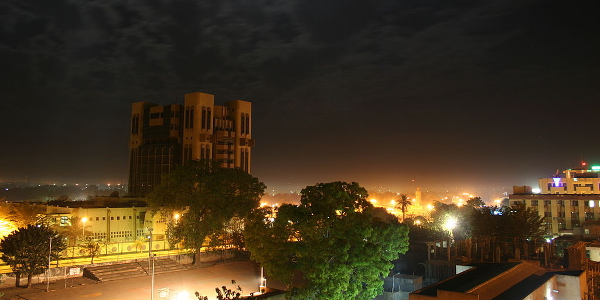 Macro-economic instability fuelled by low oil prices and global economic sentiment will continue to be the main driver of business risks across West Africa in 2017. Governance improvements and the embedding of certain democratic practices and norms will limit the scope of potential for deterioration, but challenges will still persist.

Tom Griffin, senior partner for Control Risks West Africa, comments: “Macro-economic and domestic political changes are driving African nations to re-invent themselves in the hope of becoming Dubai or Singapore style commercial hubs. This will present lucrative new opportunities for business, but equally engender unknown risks and require a deeper understanding of the local political and regulatory environment.”

Companies will pursue different strategies to protect value and seize opportunity in 2017. Many organisations will be defined as Arks, Sharks or Whales by their response.

President Buhari’s rising unpopularity will place the APC under increasing pressure and without a bounce in the oil price, fiscal and sovereign risks will persist. Nigerian prospects will continue to be weighed down by the economic challenges of low commodity prices. Militancy in the Niger delta is expected to continue at the same pace as 2016.

Key macroeconomic reforms to address concerns over the high level of public debt, and investments in major infrastructure projects to alleviate the long-running energy crisis are expected to be the focus for the new administration, the New Patriotic Party (NPP), led by Nana Akufo-Addo. Anti-corruption will take a central focus including the introduction of legislation to tighten public procurement processes and to increase transparency in investment deals.

Economic and institutional reforms vital to attract investment will continue to be frustrated due to significant political instability of a number of incoming governments in smaller countries in the region.

Intensifying rivalry between al-Qaida and Islamic State will put both front-line states once again on the back foot, as they struggle to form an effective response to terrorism in the region.

A continued focus on economic growth and an investor-friendly regulatory regime will sustain investor confidence and a rise in private investment. But longer term concerns around the stability of the business environment particularly regarding corruption and political succession beyond 2020 will persist.

Tom Griffin, continues, “For businesses to succeed in this diverse region, it is important to take a threat- led approach and understand the unique and evolving risks that could impact the business in that specific market.”