Africa’s mobile telecommunications sector has been one of the continent’s star performers over the past decade and many foreign players are reaping the rewards for being early investors. South Africa-based Vodacom’s experience in the Democratic Republic of Congo, however, recently took a turn for the worse due to a fall-out between the company and its local partner. 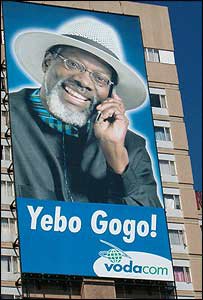 Vodacom's operation in the DRC is facing troubles because of a shareholder dispute.

Vodacom and Kinshasa-based Congolese Wireless Network (CWN) are joint partners in Vodacom Congo, with Vodacom holding a 51% share and CWN the remaining 49%. Bloomberg Businessweek reports that CWN was granted the licence to operate in Congo in 1999, and formed a venture with Vodacom in 2001. The venture has been losing money ever since a tax holiday ended in 2007, CWN’s lawyer, Joseph Lumbala, said in Kinshasa on 30 March 2010.

At the end of March 2009, Vodacom Congo had 4.2 million customers with an estimated market share of 37%. Other operators in the DRC include Zain, Millicom (Tigo) and Congo Chine Telecom (CCT).

The relationship between Vodacom and CWN deteriorated when its Congolese partner accused Vodacom of fraud and abuse of trust. The dispute centres around interest charged on loans made by the Vodacom Group to Vodacom Congo for its expansion plans. CWN accused Vodacom of charging inflated interest and fees on the loans. Business Day reports CWN demanded that Vodacom pay back more than US$166 million in interest and fees paid to it by Vodacom Congo.

“CWN are unhappy that interest is now flowing back to Vodacom Group. They say that Vodacom Group should have contributed equity rather than debt but at the same time CWN could not raise any money themselves and they weren’t willing to change their shareholding. It was essentially impossible for Vodacom to contribute equity given CWN’s terms,” says David Lerche, a Johannesburg-based telecommunications analyst for Avior Research.

The matter has now been referred to the International Chamber of Commerce (ICC) in Brussels for arbitration. In a press statement dated 7 April, the Vodacom Group said it “will be initiating arbitration proceedings under ICC rules in Brussels. The shareholders failed to reach agreement on a number of issues including capital restructuring that would support the continued growth of the business”.

“Vodacom Group has thus far provided all the funding for Vodacom Congo at commercial rates that were explicitly agreed to by minority shareholder CWN. This funding has allowed Vodacom Congo to build infrastructure that connects more than 3.5 million Congolese and the business now provides direct and indirect employment for more than 6,000 people,” said Bob Collymore, Vodacom’s chief officer for corporate affairs.

“Vodacom firmly believes in the potential of the business in the DRC and believes that the interests of Vodacom Congo’s employees, its customers and the DRC as a whole are of paramount importance. We stand ready to fund further expansion and are hopeful that the arbitration process will bring a positive result,” he added.

With a population of close 70 million, the DRC certainly holds significant potential. Back in 2002, a Vodacom spokesperson told BBC News Online that the company expects Vodacom Congo to be “one of the most profitable networks in Africa”. In March 2009 mobile penetration in the DRC was estimated at a mere 16%.

“The Vodacom Group has stopped lending more money to Vodacom Congo which means the company only has internally generated cash flows to support its expansion plans,” says Lerche. “The DRC is one of the most underpenetrated markets in Africa in terms of cell phone penetration. So there is huge growth opportunity there but you have to put the money in to put up towers and all the rest of it. That is not really happening at the moment. The dispute is disturbing the growth of that business and . . . it looks like Vodacom Congo has lost some market share and are no longer the number one operator in the country,” says Lerche

CWN chairman Alieu Conteh seems to be open to the idea of his company being bought-out by Vodacom. “Vodacom have one option [to avoid arbitration], to buy us out 100%,” he told Reuters. “If the price is right we will sell, oh yes.”

“I suppose the very worst case scenario [for Vodacom] is that they can lose the whole operation,” says Lerche. “I think that is very unlikely though. They will find some sort of solution. Because if it looks like they are going to lose everything, then they will in all likelihood renegotiate some of those loans.”