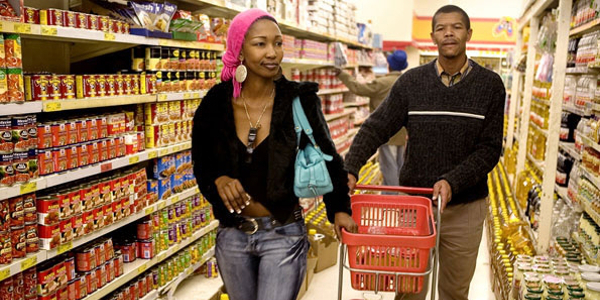 The latest Nielsen Consumer Confidence Index (CCI) results for the first quarter of 2016 show that of the four sub-Saharan African countries measured by Nielsen, Nigeria’s consumer confidence score (120) continued to rank highest, despite a seven-point decrease from the last quarter of 2015.

In Kenya, consumer confidence increased five points (108), Ghana’s confidence score (104) was unchanged from the previous quarter and in South Africa consumer confidence declined seven points to 75. (Note: CCI levels of above or below a baseline of 100 indicate degrees or optimism and pessimism, respectively)

Drilling down to Kenya’s often variable CCI results, it’s clear that consumer sentiment is once again on an upswing, having increased from 103 to 108 in the first quarter of 2016. Job prospect sentiment increased, where 55% of respondents took a favourable view – up 10 percentage points from the previous quarter, with only 32% of respondents categorising their job prospects as not so good or bad, as compared to 39% in the previous quarter.

The majority of consumers in Kenya remain cash strapped, with 65% of respondents saying they did not have spare cash. Among those who did claim discretionary funds, saving continued to be a priority for the majority of Kenyans at 86%, followed by home improvements/decorating at 76% and investing in shares of stock or mutual funds at 69%.

In light of this data, Nielsen East Africa MD Jacqueline Nyanjom comments: “Consumers are more buoyant about their personal circumstances as a result of favourable economic pointers for the forthcoming year, however businesses need to ensure they deliver relevant products for strained wallets to ensure retail sales growth.”

In Nigeria, all three confidence indicators declined from the previous quarter amidst the current macro-economic slowdown and resultant uncertainty. In light of this, the percentage of respondents seeing a positive outlook for jobs in the next 12 months dropped eight points to 65%. The share expressing favourable personal finance sentiment declined three percentage points to 79%, and those with immediate spending intentions declined seven percentage points to 42%.

Nielsen West Africa MD Lampe Omoyele comments: “Despite this, Nigerians continue to be some of the most optimistic consumers on the continent. It’s a much-needed optimism, as business success in Nigeria is about successfully adapting product and retail strategies for good and bad times. There are brands which are winning – and they are not necessarily the cheapest brands. You need to understand what consumers will do i.e. shift, switch, down trade, up trade, or even eliminate – and tap in to those needs, together with helping retailers build and activate demand in the right stores – no easy feat in a market with more than two million retail outlets.”

The majority of consumers in Ghana and Nigeria said they did not have spare cash (64% in Ghana and 58% in Nigeria). Among those who claimed discretionary funds, saving continued to be a priority for the majority (81% in Ghana and 84% in Nigeria) who plan to put money into savings accounts. This represents a shift to even more of a focus on long-term financial savings perhaps a reflection of the current cautionary outlook amidst turbulent economic conditions.

In South Africa, consumer confidence declined seven points to 75 – a similar level to that experienced during the country’s 2008/2009 recessionary climate. Nielsen South Africa MD Bryan Sun comments: “In South Africa, increasing levels of unemployment, lacklustre economic growth and rising inflation is making it difficult for consumers in the country. The economy, increasing food prices and job security are the biggest concerns for South Africans.”

In terms of perceptions around local job prospects in South Africa in the next 12 months, 79% of respondents said not so good or bad. South African perceptions of personal finances remained relatively stable in comparison to the previous quarter, with the majority (49%) viewing them as excellent or good, while 39% as not so good. Considering the cost of things today and their own personal finances, 77% said this would not be a good time to spend.

With regards to how South Africans utilise their spare cash after covering essential living experiences, an equal number (37%) would spend it on paying off debts, credit cards and loans, as would put it into savings and 20% would spend it on entertainment.

The biggest worry for South Africans over the next six months is the economy with 40% (up six percentage points) citing it as their biggest or second-biggest concern, followed by increasing food prices at 26%, job security at 24%, debt at 20%, increasing utility bills at 18% and crime at 15%.