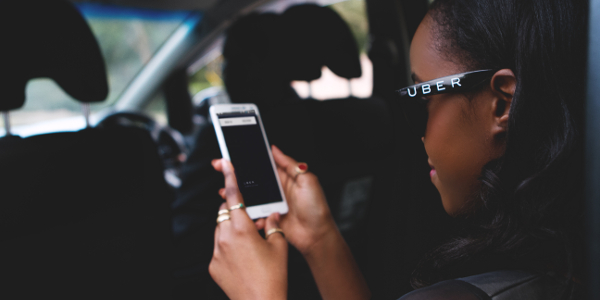 Entry of the mobile technology ride-sharing service, Uber, into passenger transport markets across the world has brought disruptive competition with substantial benefits to consumers. Africa is no exception.

Disruptive competition through technology can bring substantial benefits to consumers, but it also raises competition and socio-economic issues. These result mainly from the displacement of traditional service providers. These issues cannot be ignored in a developing country. Regulation needs to at least ensure that conditions for competition are consistent and not only free but fair across competing services where possible.

There are also concerns that Uber, with its first-mover advantage within the ride-sharing market, is growing into a monopoly despite the benefits to consumers.

These concerns have been raised by incumbent taxi operators in Kenya and South Africa. As is the case across the globe traditional metered taxis are seeing red. In South Africa, traditional metered taxi operators have protested and also tried, so far unsuccessfully, to get the competition authority to prosecute Uber for what they see as anti-competitive behaviour. In Kenya, there have been attacks on Uber drivers by business rivals.

But there are also signs of a rising challenge to Uber by new rivals. The Kenyan and South African experiences are worth noting. The different trajectories developing in these two markets make for an interesting comparison.

Uber firmly in the driving seat in South Africa

In South Africa new entrants into the ride-sharing app market have made little progress in attracting substantial demand. These include:

But Uber has built a strong brand among local customers since entry in 2013, in a market with important first-mover advantages.

Even though competitors may offer better quality or cheaper services, customers will be attracted to Uber’s because it has established a stronger brand and larger driver network. To compete, entrants have to develop rival platforms which are frictionless and able to attract both drivers and passengers.

Changes in regulation to encompass ride-sharing have formalised aspects of the industry in South Africa. These include licensing and permit conditions. But these changes have not necessarily led to a stronger competitive position for rivals, including metered taxis.

Why Little Cab in Kenya may be different

The picture is very different in Kenya. There Safaricom, the largest telecommunications operator, launched an app-based ride-sharing service called Little Cab in July 2016 in partnership with Craft Silicon, a local software firm.

Little Cab introduced free wifi to passengers in addition to the option to process payments using M-Pesa, the mobile-phone based financial service. M-Pesa is the most widely used mobile money service developed by Safaricom with 66% market share in Kenya.

Little Cab promises to be an effective competitor to Uber in Kenya’s ride sharing economy particularly due to its link to the mobile money platform.

It’s still not clear whether Uber can integrate the M-Pesa payment solution to its service in Kenya. A failure to address this challenge may limit the company’s ability to retain its position in the market. This is partly because most Kenyan’s don’t have credit cards, a fact that led Uber to introduce cash payments three months after entering the Kenyan market in January 2015. This adjustment has been pivotal to its growth in the country.

Little Cab appears to be performing well given its plans to expand into Uganda and Nigeria in 2017, its first operations outside Kenya. These are not entirely new markets for Safaricom given that its largest regional operations are based in Nigeria under Craft Silicon.

Similarly, Safaricom has operations in Uganda, and plans to use its existing knowledge of these markets to gain entry and compete with other ride-sharing services.

Too early to call?

There’s a fascinating competitive clash emerging in Kenya which may play itself out throughout the east African region. M-Pesa’s attractiveness to both markets (ride-sharing and mobile money users) gives Safaricom and Little Cabs a competitive advantage.

Safaricom is able to leverage its large mobile money subscriber base and technology to compete with Uber in a market where mobile money payments are ubiquitous. On the other hand, the rival has first-mover advantages in terms of branding and convenience in the ride-sharing sharing economy.

However, Safaricom appears to have overcome the seemingly insurmountable first-mover position enjoyed by Uber, and brand-related entry barriers by simply leveraging its own strengths in Kenya.

Who will win the market in the region is now anyone’s guess.

Uber’s position in South Africa looks more assured. But it does face challenges. Ongoing protests, the most recent of which led to gridlock near the country’s largest international airport, could lead to continued scrutiny of its operations.

And the company has had to adjust its model to suit local conditions. Uber grew rapidly when it first launched using its standard transacting mechanisms due in part to the fact that in 2015 54.9% of South Africans had credit cards. But it has had to reconsider its banking card only payment mechanism and now allows cash payments.