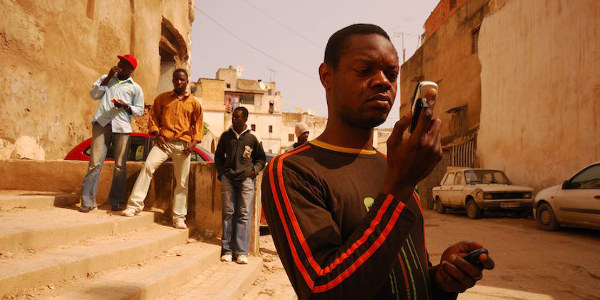 At the age of 20, I aspired to be president; and at the age of 30, I was appointed to work in the office of the presidency of my country. A decade on, I developed a healthy respect and deep sense of humility about what it takes to successfully lead and fulfill expectations of all citizens in a poor developing African state. With 70% of Africans under the age of 30 – mostly poor unemployed and unemployable – I believe there is a dire need for a heightened sense of urgency in the face of growing global and regional political uncertainty.

Centuries ago, Africans were caught off guard by the advent of the First Industrial Revolution, which manifested itself in superior fighting and transport technology. Centuries later past the Scramble for Africa, wars of independence from colonialism, and half a century of struggle to attain economic independence, the continent is confronted with the rising challenge of the Fourth Industrial Revolution. While the first revolution was dominated by land ownership and stretched over hundreds of years, the fourth revolution is primarily about knowledge ownership and is moving at the speed of light. This new challenge comes at a time when leaders are grappling with the reality of the failure of past growth to create jobs and reduce poverty and inequality.

Leaders around the continent are facing myriad challenges, ranging from investment downgrades and droughts exacerbated by climate change, to illegal migration and civil protests. More worryingly, the 2016 Ibrahim Index of African Governance highlighted that, among others, the rule of law has declined in over 30 countries since 2006.

The path to inclusive growth

In this context, the theme of the forthcoming World Economic Forum on Africa in Durban, South Africa, in May 2017 is achieving inclusive growth through responsive and responsible leadership. Building on global-oriented conversations at our annual meeting in Davos this year on responsive and responsible leadership, we hope to expand the conversation on identifying new mechanisms to deliver inclusive growth and development with the regional and global leaders gathered in Durban.

In addition, there is a sense of urgency as more and more young people are turning to violence to express their frustration about lack of progress. Countries like Estonia have shown that it is possible to craft a national digital social order that delivers for all. 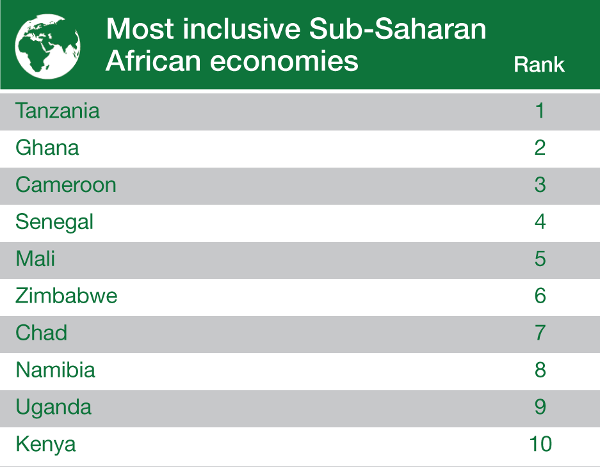 Accordingly, below are three areas in which the continent’s leaders in Durban will explore how to grapple with these new challenges while addressing the inclusivity challenge by embracing the Fourth Industrial Revolution.

1. Mobility-related technology is connecting the continent in unparalleled ways under land, overland and above land. Over 70% of Africans now have unprecedented access to mobile technology. This digital infrastructure offers new opportunities for the majority of poor Africans in rural and informal economies.

After Zipline’s successful launch of drone-delivered blood and medical supplies in Rwanda last year, it is increasingly evident that drones are revolutionising the small cargo delivery supply chain.

And, with the launch of the Ethiopia-Djibouti train last October, Africa’s high-speed railway network is becoming a reality. Transnet is also leading the way with the first locally “designed, engineered and manufactured” train – the Trans African Locomotive – launching in April 2017.

This year, Africa is expected to launch the Continental Free Trade Area (CFTA). The key objectives of the CFTA are to boost intra-African trade and investment by easing the movement of goods and people on the continent and to improve Africa’s competitiveness and economic growth by reducing the cost of doing business. Intra-African trade stands at about 15% of total volume, compared to 60% of intercontinental trade in the European Union, 53% in East Asia, 41% in North America and 20% in Latin America and the Caribbean. Achieving this milestone will start to make regional integration a reality. The next step will be to make it easier for Africans to travel within Africa without a visa. 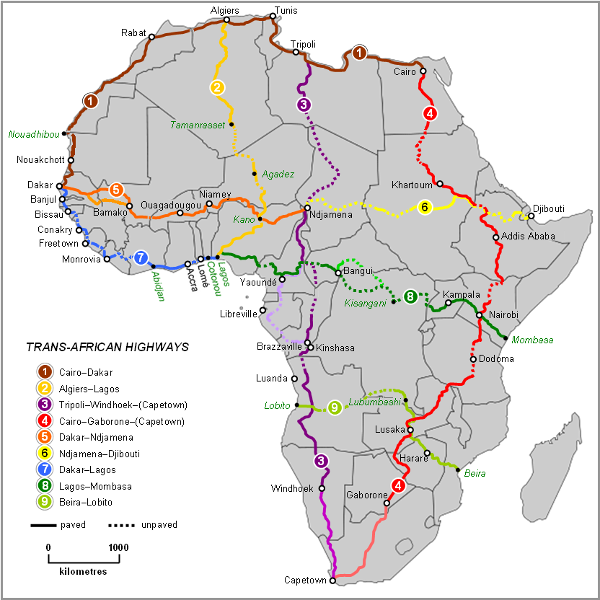 2. Disruptions to manufacturing technology such as the internet of things and 3D printing are liberalising access to technology and decentralising production. At Gearbox in Kenya, makers from the informal industry, including jua kali artisans without formal engineering skills, are using 3D printing to manufacture quality products faster and cheaper. Elsewhere, technologists like David Sengeh, inspired by the plight of amputees in Sierra Leone, are harnessing artificial intelligence and machine learning to develop the next generation of prosthetic devices.

These developments notwithstanding, Africa still lags significantly behind the rest of the world in terms of manufacturing. According to the African Development Bank, the continent’s manufacturing exports doubled between 2005 and 2014 to more than US$100bn, with the share of intra-African trade rising from 20% to 34% over the same period. However, Africa’s share of global manufacturing exports remains less than 1%, compared with over 16% for East Asia.

3. Emerging African inventors are re-imagining solutions suited to the African context. It is estimated that, by 2050, over 700 million new housing units will be needed. This implies a radical rethink of what kinds of shelter to construct. Elijah Djan from South Africa is ahead of the curve with his invention of bricks made out of paper, essentially creating a sharing economy by finding a new use for waste. In order for African innovators to thrive, though, policy-makers need to provide a conducive intellectual property regime and make it easier to do business competitively. 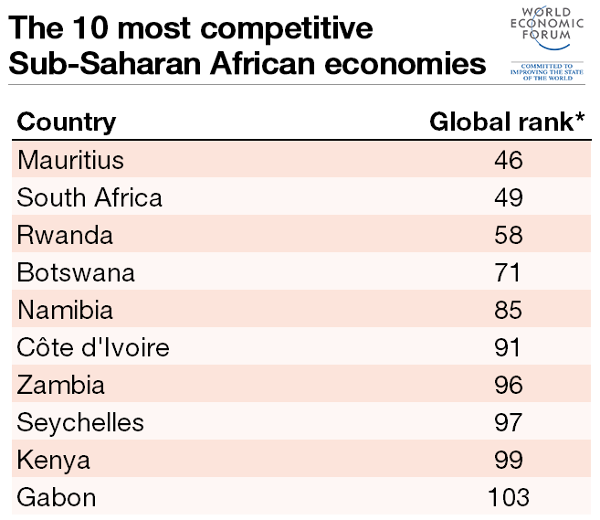 For the continent to fully leverage opportunities presented by the Fourth Industrial Revolution, dramatic investments need to be made to ensure that Africans are equipped with the right skills for the future of jobs. For example, the overall shortage of engineers is estimated at one million. In addition, more efforts are required to reverse the widening gender digital divide.

When all is said and done, successful implementation will depend on Africans’ shared values and identity. True integration is a bottom-up cultural process, not a top-down political or technical process. Moreover, we cannot assume that we can work together if we do not deliberately build bridges across languages and borders, as well as actively prepare for intergenerational transitions between leaders. In Durban, home to the largest tribe in South Africa and largest diaspora of Indians outside of India, we will discuss how to build a shared understanding and nurture collective responsibility to navigate the transition from Africa 1.0 to Africa 4.0 while strengthening our united socio-cultural heritage.

As we look back to see forward, it is equally important to stop bad traditional practices. Madam Graça Machel and Archbishop Desmond Tutu have been long-term advocates for Girls Not Brides, a global initiative to end child marriage. Recently, Global Shaper Rebeca Gyumi made history in Tanzania by managing to pass a landmark court ruling against child marriage. Leading change under 30 is possible.