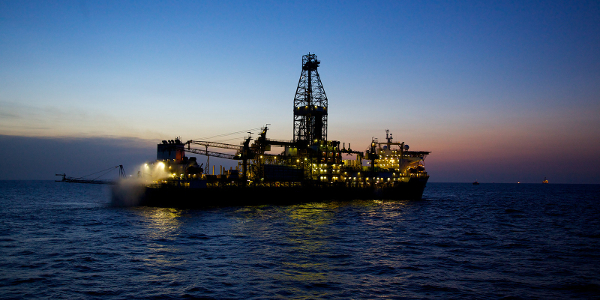 From June 2014 to January 2015, oil prices fell by nearly 50%, and have remained low despite the recent uptick.

Growth picked up in sub-Saharan Africa in 2014, after moderating in 2013, but remained weaker than during the pre-crisis years. It softened around the turn of the year owing to headwinds from the plunge in the price of oil. Sub-Saharan Africa’s oil exporters, which account for nearly half of the region’s aggregate output, have been hit hard by the sharp decline in the price of oil. From June 2014 to January 2015, oil prices fell by nearly 50%, and have remained low despite the recent uptick.

In response, several of the region’s oil-exporters have revised their 2015 budgets by adjusting the oil price assumption and cutting spending, especially capital expenditures. Currency depreciations and falling foreign reserves prompted monetary and exchange rate policy adjustments. The Central Bank of Nigeria raised the policy rate, and discontinued its reserve drawdowns to defend the naira. Between June 2014 and February 2015, the Nigerian naira depreciated by more than 20% against the US dollar. The naira rebounded in March and was stable through May, as successful elections helped improve market sentiment, but has remained weak. Inflation accelerated in the first half of 2015, largely on the back of naira weakness. Similarly, in Angola, the central bank hiked its policy rate. In addition, in early June, it devalued the Angolan kwanza. Several of the region’s oil exporters share a common currency, the CFA franc, which is pegged to the euro. With the euro depreciating against the US dollar, the CFA franc has also depreciated against the dollar, helping to smooth adjustment to the oil-price shock for these countries by boosting export earnings in domestic currency.

Public spending cuts, currency weakness, rising inflation, and falling investment point to a weaker outlook for the region’s oil-exporting economies. In Nigeria, the region’s largest economy, growth slowed markedly in the first quarter of 2015, with real growth turning negative in the oil sector and stalling in the non-oil sector.

In contrast to oil exporters, the oil-price plunge helped lower inflation in oil-importing countries. In Kenya and South Africa, inflation rates quickly moved back within their target range, allowing central banks to keep interest rates steady. However, against the broad-based strength of the US dollar, even the currencies of oil-importing countries came under pressure, adding to inflationary pressures that rising prices of food and public utilities generated. In June, to ease the growing pressure on the Kenyan shilling, the central bank of Kenya raised its policy rate. In South Africa, the region’s largest oil-importing economy, growth was stronger than expected in the fourth quarter of 2014, after slowing earlier in the year. This rebound failed to carry into the first quarter of 2015, however. Growth was held back by energy shortages, output contraction in agriculture, weak investor confidence amid policy uncertainty, and the expected gradual tightening of monetary and fiscal policy. Elsewhere, the economies of Guinea, Liberia, and Sierra Leone, the countries most affected by the Ebola outbreak, remained weak as activity in mining, services, and agriculture continued to contract. 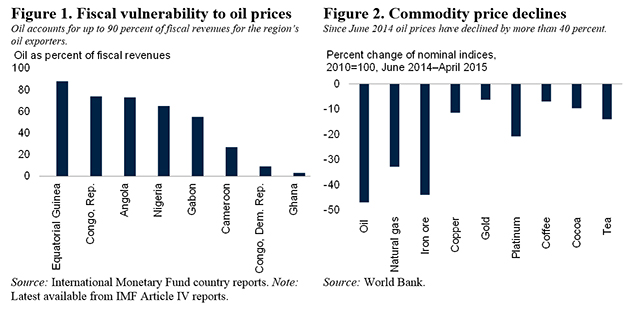 The World Bank forecast has the region expanding at a slower pace in 2015, with growth averaging 4.2%, a downward revision of 0.4 percentage points relative to the January 2015 forecasts. This revision reflects a re-assessment of prospects in Angola and Nigeria, the region’s largest oil exporters, because of the lower oil prices, and in South Africa because of ongoing electricity problems. However, growth should remain robust in most low-income countries in the region, driven by investment, consumer spending, and agriculture, although continued weaknesses in the prices of their main exports will tend to offset the benefits of the oil-price decline.

Sustaining high economic growth is a policy priority for most countries in the region. The oil-price shock highlights the need for oil exporters to diversify their economies. This will require policies to remove impediments to private sector activity, and to improve the business environment. For policymakers throughout the region, the fall in oil prices reduces the need for fuel subsidies. In most countries, fuel subsidies have been ineffective in benefiting the poor and vulnerable groups. Although Angola and Nigeria are large net oil-exporters, they import most of their fuel due to limited refining capacity. In Angola, the government ended fuel subsidies as part of efforts to alleviate pressure on the budget. In Nigeria, the ongoing fuel shortage crisis has highlighted the need to overhaul the energy sector, including the inefficient fuel subsidy system.

Gerard Kambou is a senior economist with the Development Economics Prospects Group at the World Bank where he covers sub-Saharan Africa. This article was originally published on the World Bank’s Let’s Talk Development blog.