The African population, now over one billion people, is attracting consumer-facing companies from across the world, especially as disposable income rises. However, not all companies are getting it right on the continent. 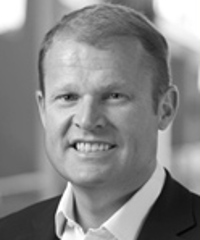 According to Michael Wood, founder of Aperio, a common mistake made by consumer-facing companies in Africa is getting the product sizes wrong.

According to Michael Wood, founder and director of business consulting company Aperio, a common mistake made by new entrants is getting the sizes of their products wrong.

Wood – whose company specialises in accelerating growth of FMCG brands in sub-Saharan Africa – said the wrong sized product is often offered because companies assume what works in their home markets, works on the continent.

“They don’t know the constraints that African consumers have in relation to how they shop, and how much money they have got in their pockets to spend,” he explained.

Despite a growing middle class, the majority of Africans live on just US$1 to $2 per day and cannot afford to buy products in bulk, or in large sizes that will last them for a longer period.

“In addition, [many consumers] get paid daily or weekly, so they don’t have a lot of cash in their pockets. They will therefore go daily to a small spaza, grocery store, or an open market, and buy what they need for one or two, maximum three days,” Wood said.

“And they buy the smaller sizes because they can’t afford the bigger ones.”

While in South Africa the smallest size some companies sell washing powder is in 250g boxes, in many other African countries it is sold in packets of 25-50g – basically enough for one laundry wash.

“The trick in that sizing though is you want to give people a small enough quantity so that they can afford it, but also be sure they still get a quality consumer experience,” added Wood.

“So, for example, a 25g washing powder packet might be too small to wash your clothes properly, and that’s when it comes down to a fine line. You need to offer something affordable, but if it doesn’t do the job you risk [losing customers]. And so you have got to try play around with that and find the right sizing.”

Another example is hard liquor, which is often sold in sachets of 10-15 centilitres and consumed in one go.

It’s all about affordability

Some companies have also managed to make their product more affordable through packaging, while not sacrificing on size or quality. Wood highlighted Coca-Cola as an example.

“Coke sells the majority of their volumes in Africa in a glass bottle. Why? Because it’s a cheaper way of selling Coke to consumers because that bottle gets re-used [many] times over,” he explained.

“So the glass bottle is just a more affordable way for consumers to consume Coke… not that Coke isn’t sold in glass bottles elsewhere in the world. But if you look at South Africa, for example, the volumes that they have been moving in glass bottles are relatively low [compared to many other African markets].”