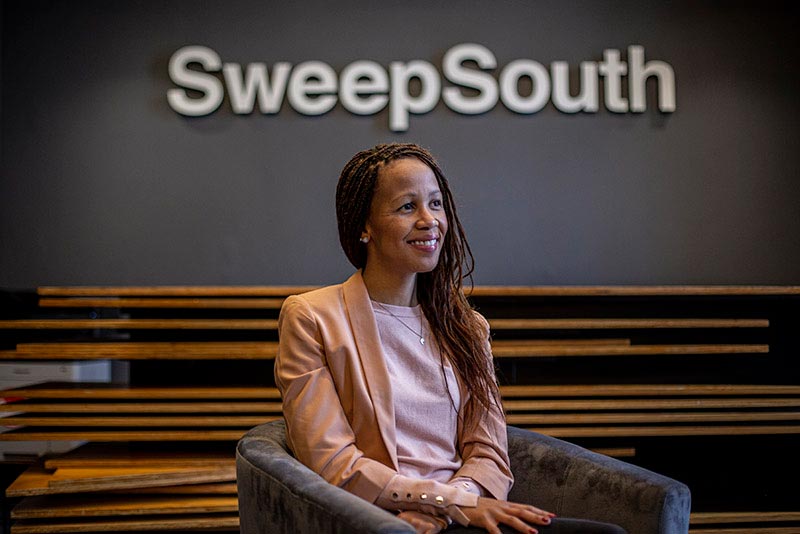 Aisha Pandor c0-founder of SweepSouth, one of the fastest-growing tech start-ups in South Africa. Photo by Charlie Shoemaker/IFC

This article was originally published by the IFC.

By Alison Buckholtz and Ken Oloo

Back in 2012, Aisha Pandor, like many mothers of young children, was feeling stressed out. Work and household responsibilities left her little time to pursue anything else. She didn’t need full-time help to manage her home in Cape Town, South Africa, but wasn’t sure how to locate and hire reliable, skilled part-time domestic workers.

“We struggled to find someone,” she remembered. “It was frustrating and took so long.”

As a management consultant specialising in human resources, Pandor knew that plenty of people needed jobs – especially in South Africa, where women who clean houses and provide other home-based services are often the sole breadwinners in their family. After mulling over ways that technology could help play matchmaker, she left her firm to build SweepSouth, Africa’s first online end-to-end internet-based platform for booking, managing, and paying for home cleaning services. Today, SweepSouth is one of the fastest-growing tech start-ups in South Africa and has expanded into Kenya.

But the path was more difficult than she could have imagined. As one of few black female tech start-up CEOs, mentors were hard to find. In addition, IT talent was scarce at that time, local financing was limited, and outside investors were unfamiliar with Africa’s tech potential.

Pandor’s experience – which is featured in “Africa Talks Tech,” a series of video conversations between African tech entrepreneurs produced by IFC – is emblematic of the hurdles faced by many African start-ups. The conversations are being released alongside the Google-IFC e-Conomy Africa 2020 report, which outlines the investment potential of Africa’s internet economy and demonstrates the need for public and private-sector coordination to support Africa’s digital transformation. The report shows that Africa’s internet economy has the potential to reach 5.2% of the continent’s GDP by 2025, contributing nearly $180 billion to its economy.

Continued growth and opportunities for investment

Digital opportunities across Africa are deep as well as broad, despite setbacks from Covid-19, according to the e-Conomy 2020 report.

Over the next five years, Covid-19 is expected to delay economic growth both in Africa as well as the rest of the world. But the resilience of Africa’s internet economy, coupled with private consumption, strong developer talent, public and private investment, investments in digital infrastructure, and new government policies and regulations will continue to drive growth. The growing number of internet-based companies are introducing avenues for significant economic growth that will help create jobs, reduce poverty, and contribute to overcoming Africa’s future development challenges, according to the report.

The report also notes that investment interest in Africa’s digital startups boomed in 2019, with $2.02 billion raised in equity funding. A further $350 million was raised in the first quarter of 2020. Although the global downturn triggered by the pandemic has made investors more risk-averse, there are signs that investment numbers will regain momentum, as the report details.

Regional harmonisation, and infrequent regulatory changes, are key to start-up success. The African Continental Free Trade Area (AfCFTA) agreement is one major milestone toward this harmonisation. The AfCFTA aims to reduce tariffs on 90% of all goods and facilitate free movement of goods, services, capital, and people. It has the potential to unite a market of 1.3 billion people and a combined GDP of $2.6 trillion. It is expected that the agreement will be implemented for trade in goods and services in about six weeks, starting January 1. 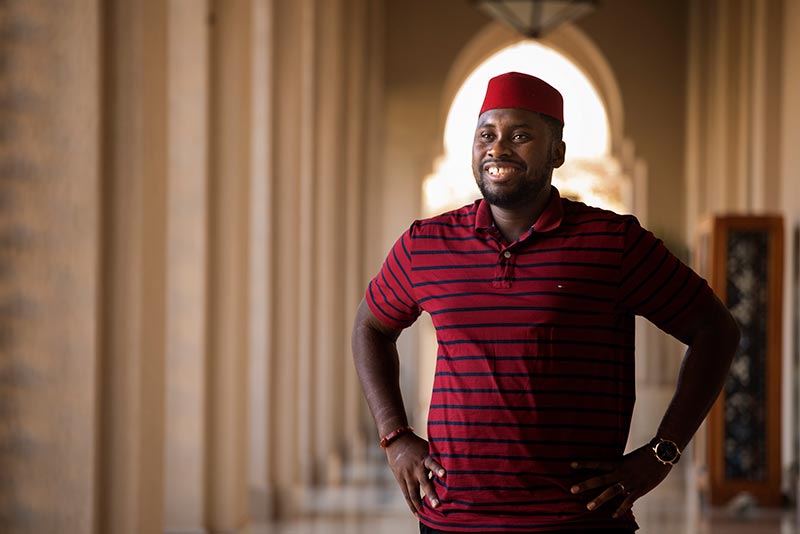 That’s exactly what Obi Ozor has been planning for. The founder of Kobo360, a technology-enabled logistics platform that connects African truckers to cargo owners, is laser-focused on the development of a digital supply chain on the continent. Once the free trade area launches, “for us in terms of logistics, you’re looking at almost a $300 billion single logistics market that we can attack,” he said. “The challenge is to be able to deliver a company that is truly pan-African … and has something to offer to the rest of the world. That’s what is next for us.”

To achieve goals like these, African entrepreneurs need to be able to tap into “a marketplace of talent” on the continent, said Amadou Daffe, the CEO and co-founder of Gebeya, an Ethiopian company that aims to be the most trusted and reliable source of talent and showcase Africa’s competitiveness.

Tech talent in Africa is at a peak and continues to rise, according to the report. There are nearly 700,000 professional developers across Africa with more than 50% concentrated in five key African markets: Egypt, Kenya, Morocco, Nigeria and South Africa. Though women comprise just one in five of the total population of developers in Africa, the growth of the ecosystem has begun creating opportunities for women coders, especially in Egypt, Morocco and South Africa. 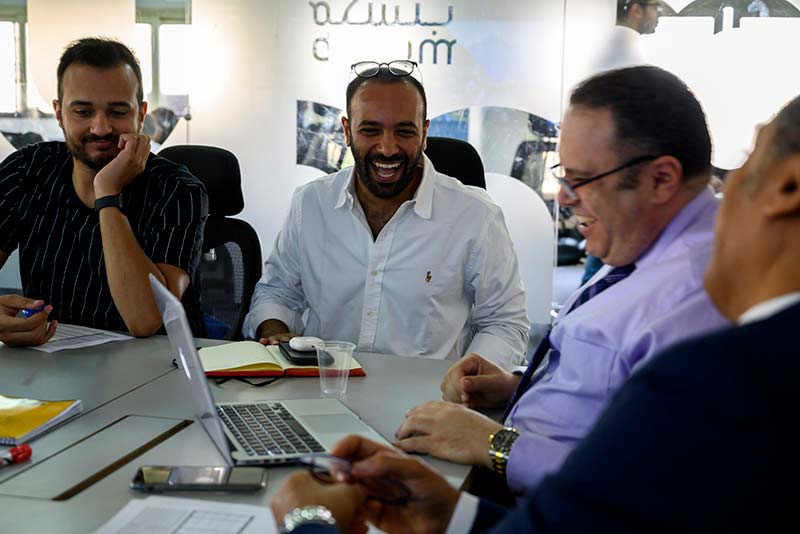 Belal El-Megharbel (centre) co-founder and CEO of MaxAB, at the company’s Cairo office. Photo by Heba Khamis/NOOR for IFC

The report also indicates how demographics and rapid urbanisation signal Africa’s overall economic growth and the direction of its internet economy. By 2050, Africa’s population is expected to grow to about 2.5 billion people, and include a third of the world’s youth (people age 15 to 35).

“If Africa is going to compete on a global scale, its competitive advantage is its demographics fueled by young people,” said Wale Ayeni, acting global head, disruptive technologies and venture capital investments at IFC, who is one of the report authors. “These young digital African entrepreneurs see that you can create and scale a company, create value and monetise in new and interesting ways with tech. This changes the conversation. This could be a turning point for Africa.”

In addition to creating jobs for Africans, many of the start-up founders believe that their companies are modeling a corporate culture that is specific to the continent. “Because the [continent’s] overall tech ecosystem is so small, the few companies sort of set the tone and the culture,” Aisha Pandor said. “We feel like African companies have more responsibility than [others]…We’ve got to treat people in a particular way. We’ve got to pay more attention to values, for example, and conduct ourselves differently than if we were in a place where the ecosystem is a lot more developed.”

Belal Elmegharbel, co-founder and CEO of Egypt’s MaxAB, is also committed to something even bigger than the bottom line. “We owe it to the continent to succeed,” he said.