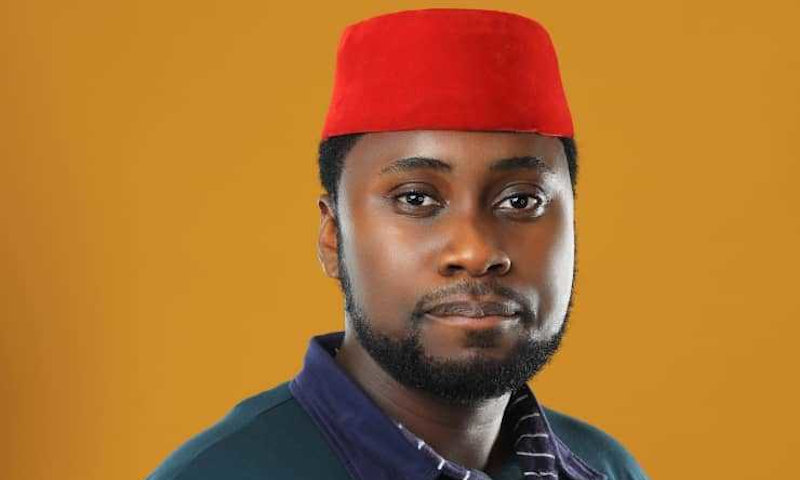 “People thought we were mad,” remembers Nigerian entrepreneur Obi Ozor as he talks about the early days of his company Kobo360.

When Ozor recalls the first two years after launching, he frequently uses words like ‘mad’, ‘crazy’ and ‘idiots’ to describe what people thought of Kobo360’s vision and its two founders.

Ozor co-founded Kobo360 in 2016 with Ife Oyedele. The company provides an e-logistics platform that links truck owners with clients requiring cargo transportation – an Uber for trucks.

Kobo360 might have been crowned Disruptor of the Year by the Africa CEO Forum in 2019, but its early days were painful. Ozor and Oyedele spent days travelling with drivers on the most challenging logistics routes in Nigeria, at times begging police officials to allow the load through, dodging militants in some corners of the country or losing up to Nigerian naira 30,000 ($77) per trip to pay for police escorts just to ensure the goods arrived safely at their destination.

“Insurers were convinced we would end up in jail within three to four months, thinking we would definitely lose our customers’ goods,” he says.

Ozor relocated to the US during his high school years and obtained degrees from the University of Pennsylvania and Wharton Business School. He comes from humble beginnings as the son of an elementary school teacher and retired railway maintenance worker from the farming town of Abor in Enugu State, Nigeria. He is the youngest in a family of eight.

He could have stayed in the US; “I would have been fine. But, working at JP Morgan at the age of 23, I was unfulfilled. I did not feel it was what a sharp young man from Nigeria should be doing.”

He sees his work at Kobo360 as a call to service to solve the inefficiencies facing Nigeria and the region. He fervently hopes for a future where things change for the better; and, if it doesn’t happen, he says he will run for office and do something about it.

Ozor bought his first truck at the age of 19, while living in Michigan, to start a haulage company that employed some of his family members. “I felt this joy that I was creating jobs,” he remembers. During his time at the University of Pennsylvania, he launched a trading company that shipped baby diapers to Nigeria. “It worked and, again, I was creating employment.”

Business school at Wharton followed and then JP Morgan.

Ozor wanted to return to Nigeria to start his own business but was afraid of failure. His mentor at JP Morgan, Brian Bisesi, encouraged him to go. “He explained I would most likely need to work four more years to achieve the next level in JP Morgan, so why not spend four years trying to start a successful business,” says Ozor.

“That was the mentality with which I returned: for four years I wasn’t allowed to quit. It helped me because I wasn’t reacting to some of the initial bottlenecks we faced.”

Ozor first joined Uber in Nigeria but then left the company to found Kobo360 with Oyedele. They built the customer-facing tech interface after travelling the various routes and witnessing the inefficiencies first-hand.

Cargo loads would take days to be released from the port; routes that should take three days would require significantly more time because of poor infrastructure; and fleet owners would charge double due to the challenge of reverse logistics as there was no cargo to bring back from point B, once the delivery has been made. It led to the conceptualisation of Kobo360’s business model.

The co-founders realised they had a value proposition if they could address these issues. However, they battled to find big clients willing to give them a shot. Truck owners were also hesitant to take on trips offered by the then-unknown Kobo360.

A challenge posed to the management at Honeywell, a large Nigerian conglomerate, led to a breakthrough in 2017. “We invited them to find ways to test us. So, they asked us to find six trucks for the Lagos–Maiduguri route,” he laughs. The route was into the heart of an area plagued by terrorist organisation Boko Haram, where truck drivers often lost entire loads to the militant group. Kobo360 delivered four trucks within 48 hours and Honeywell gave them another route. This time to Bayelsa state, in the south.

“That’s where you could find some activity from the Niger Delta militants who would extort money from the truck drivers,” remembers Ozor. To convince truck owners to drive the route, Kobo360 frequently had to pay them upfront, borrowing working capital from relatives and friends.

They did 62 trips in three weeks and were awarded a four-year contract from Honeywell.

Then Ozor made another bold decision. In May 2018, at around the same time the company received investment from Silicon Valley-based investor Y Combinator, he uprooted and relocated his entire family from Lagos to the north of the country. It had to be done to solve the challenge Kobo360 was facing: not having sufficient truck owners and drivers on the platform to meet the demand of their growing list of clients.

A new way of looking at logistics

Kobo360 has found innovative ways to drive efficiencies. In January 2018, for example, the company started bringing trucks into port on barges. For fleet owners, whose trucks had to wait in the long, winding queue for days to get into Lagos port, this was a welcome solution.

The founders always prioritised the reverse logistics challenge to decrease the cost of trips. They actively searched for those customers who had cargo that needed to come back from point B to point A, increasing utilisation of the available fleet. Around 27% of their current customers are SMEs, particularly farmers and agro-commodity companies, that were onboarded this way.

Having experienced the plight of a small company struggling with horrific working capital challenges, Kobo360 decided to launch its fintech lending offering, KoPAY. Instead of waiting for payment from the end customer, Kobo360 pays truck owners and drivers immediately, charging them a small fee based on their credit rating. “Even though we launched it only in March of this year, it will be the second largest contributor to our revenue stream within the next two years,” maintains Ozor.

Ozor has not been to the office since January. “I took a month’s leave and then travelled to see investors in February. In March, the coronavirus hit and I have been working from home. Even though I have not gone into the office, the company has shown 230% growth,” he laughs.

The goal was always to build a world-class team where he is just one of the team members. In the beginning, Ozor told his wife it was a short-term sacrifice when he had to spend time away from home, convincing truck drivers to accept a Kobo360 load. “I promised her I would not build a company that was dependent on one man. I think I have done that now.”

He plans to retire in nine years at the age of 40. Before then, he wants to turn Kobo360 into a $2 billion company. Expansion to the Middle East was on the cards for this year but has been pushed out to 2021, once Covid-19 is manageable and movement is restored.

Then, apparently, he will rest for a bit before tackling politics.