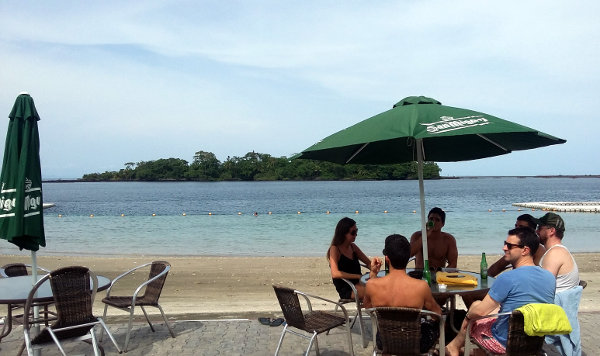 In the mind of many entrepreneurs there is a short-lived conflict that flares up at least once a year when the family starts making plans for the holiday. On the one hand, they know that a holiday would do them good. On the other hand, there are a million issues still to sort out in the business.

Inevitably, the business wins the argument, because those ‘million’ issues that need to be sorted out are always loud and urgent and the consequences of something going wrong are dire and immediate. The benefits of a holiday, in the minds of many entrepreneurs at least, are rather vague, difficult to quantify, not always immediate, and easy to postpone. And so another year passes without a holiday for the busy business owner.

This kind of thinking, says David Morobe, regional general manager at Business Partners Limited, is understandable given the enormous challenges facing anyone trying to grow a business, but adds that this way of thinking should be reconsidered.

“The argument in favour of staying on in the business and postponing yet another holiday is always based on extremely short-term thinking, and there is usually no-one around, except perhaps a disappointed family member or two, to make the all-important argument in favour of taking the holiday.”

Morobe, however, believes the argument for a holiday is much greater than this. Firstly, he says, any significant amount of time that an entrepreneur spends resting, relaxing and re-energising holds enormous benefits. “The effects might be subtle, but it is undeniable that when business owners return to work after a holiday, their physical health is boosted, their focus is better and they perform again at much higher levels of personal productivity and effectiveness.”

Those are just the immediate well-being effects of a holiday, says Morobe. “Another benefit is the new perspectives that a journey or a break in a routine brings. An occasional shift in perspective is crucial for the personal development of anyone, and even more so for an entrepreneur who is solely responsible for the strategic direction of their business. Building a business is a long-term project, and the risk that an entrepreneur’s creativity will be blunted by the drudgery of it is real. A sure way to reignite the spark is with a holiday.”

Not least among the benefits of taking a holiday is the opportunity that it gives an entrepreneur to reinvigorate the bonds with family members and friends. “These bonds are always in danger of being taken for granted, yet the moral and emotional support they bring is crucial to the long-term staying power of an entrepreneur,” says Morobe.

While most entrepreneurs would agree with these points, many business owners choose to ignore them and postpone their holiday. Instead of simply ignoring the entire issue, Morobe suggests entrepreneurs set incremental holiday goals for themselves, starting with a very short period in the start-up phase of their business, and increasing it as the business becomes more established.

“A holiday can range from a sabbatical of a year to as little as taking a week-day afternoon off. There is no rule that says a holiday must be a certain length of time.

“There is much value in actively and consciously planning for a break from the business, even if it is a short one. It allows entrepreneurs to think about their business as an entity that must one day stand on its own, without their constant presence. The exercise measures how far the business still has to go, which systems still need to be built and management positions that still need to be created. The exercise produces a clear list of priorities of what needs to be done.”

Morobe adds that by then actually taking a short break, the entrepreneur takes the first steps towards creating a robust business. “Staff members with leadership potential get to exercise their management muscles and formal reporting systems can be put to the test.

“The intensity of the break is also something that can start off mildly and increase over time. In the beginning, staff may be instructed to phone whenever they have any question. In later years, the entrepreneur might check in once a day or once a week, and staff may only phone with urgent issues.”

Morobe concludes: “Taking a holiday is good for an entrepreneur and good for the business, and the freedom that a robust, stand-alone business gives to its hard-working owner to take a proper holiday is just as much a sign of success as profit.”