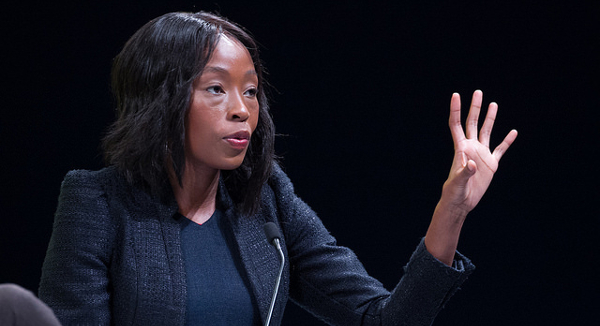 African entrepreneurs are more likely to grow their businesses from revenue earned from clients and customers than from investors, according to Rapelang Rabana, founder and CEO of Rekindle Learning, a digital learning platform in South Africa.

“Ultimately most businesses won’t ever get external funding and client revenue still remains the best form of funding that you will ever get.”

Rabana was speaking on a panel discussion titled ‘Africa’s Unicorn Effect’ at last week’s World Economic Forum on Africa – held in Durban, South Africa. A “unicorn” is a start-up company with a valuation of over US$1bn. The moderator of the panel – Yinka Adegoke, Africa editor of Quartz – could only highlight two African “unicorns”: Jumia and Interswitch Group. In comparison, there are about 220 in the US.

Rabana believes one factor that limits start-ups from achieving such high valuations, is that African businesses and consumers are often sceptical of local innovations. For example, she recalls how her previous business – a mobile software company, Yeigo – would hire a PR agency in the UK every time they wanted to launch a new product.

“And only then would the South African media be prepared to pick it up… That was the fastest way to get it out,” she commented.

You need money to make money

Rabana noted investors are typically interested in companies that already have proven traction in a market, and entrepreneurs who have skin in the game.

“I think when you have been able to bet your own time and whatever you had in terms of resources to get to a certain place and achieve results – that really is what people are looking for. Too often we want to rely on maybe an idea or early-stage proof of concept, or [the belief that] I need someone to back me so that I am more confident. That kind of state of mind of entrepreneurship, I think, is what holds too many back,” she said.

“Until you bet on yourself, because this is your dream, you are not going to be able to sort of win someone over.”

“I mean entrepreneurs are always encouraged to bootstrap. But it is difficult to bootstrap, especially in South Africa where you don’t have uncles where you can ask for money from. They say you have to ask family, fools or friends. But neither of your family, fools or friends actually have the money. So it is a triple whammy in Africa, it’s a triple whammy in South Africa – but you have to be resilient. You have to, like Rapelang said, ensure that you can look at your customer base because funding is not necessarily easy.”