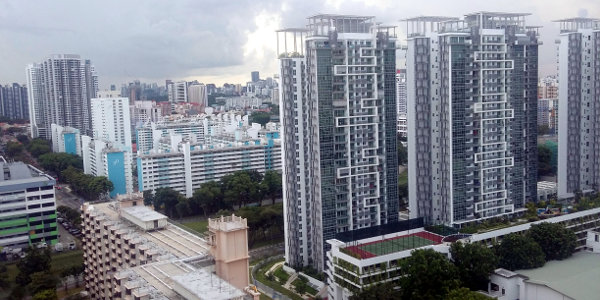 Singapore sees Africa as the next frontier.

Singapore has its eyes on the East Africa Community (EAC). The economic bloc is formed by Kenya, Tanzania, Uganda, Rwanda and Burundi and is home to more than 157 million citizens. The EAC had a combined GDP of US$147bn in 2014 and an average annual GDP growth of over 6% projected for the coming two years. Huge investment opportunities arise there at an increasingly fast rate and Singapore is taking steps to grow in this market.

In recent years, the EAC has started various infrastructure projects to improve the connection between its members, ultimately decreasing the cost of doing business and making the bloc more attractive to trade with foreign countries. Singapore is enjoying this opportunity. The city-state has traded more than $400m with the EAC alone in 2013.

Singapore is currently involved in various businesses in the region, ranging from agriculture to digital logistics solutions, and is eager to expand its presence even more. This pace will increase as legal frameworks and institutions covering the whole EAC bloc gain strength and eliminate corruption in the region. Basic infrastructure problems are being solved to promote an easy flow of goods and services in the region.

Challenges that the EAC faces are mostly related to poor infrastructure, such as inefficient border posts, road blocks, transit road weighbridges, long clearances at ports, and poor roads and railways. Corruption is also a problem. These challenges, however, in themselves constitute opportunities for companies understanding Africa and willing to engage in infrastructure development.

How Singapore and China are investing in the EAC

Singapore has long noticed the potential the EAC holds as an unexplored emerging market. The extensive experience the city-state has in urban planning is being applied in many fronts in the region. Surbana Jurong, a Singaporean award-winning international urbanisation consultant, has been present in the African continent for a long time already. In 2012, the company was awarded the masterplan of Kigali City, the capital of Rwanda, and in 2014, it signed a Memorandum of Understanding to design a new masterplan for Arusha City and Mwanza City, in Tanzania. The projects will optimise industrial, commercial, and residential areas, and plan for a first-class transportation system, which will ultimately guide development, facilitate rapid economic growth by attracting investments, create employment, and position the cities as commercial hubs of east Africa.

There are major projects in planning or building stages to address infrastructure and logistics in the EAC. The Standard Gauge Railway (SGR), which is built to copy the most efficient railways in China, will be 609km long and is expected to be completed by the end of 2017. It will transport passengers and cargo. The project will cost $3.8bn, and will receive 90% of its financing from the China Exim Bank and 10% from the Kenyan government. The new railway line constitutes the first phase of the SGR project that aims to connect Kenya, Uganda, Rwanda, Burundi and South Sudan.

The ports of Mombasa (Kenya) and Dar es Salaam (Tanzania) are vital for the region. Both ports are the main gateway to the Eastern African hinterland countries of Uganda, Rwanda, Burundi, Democratic Republic of Congo and South Sudan. The Port of Mombasa is the largest in east Africa, currently receiving more than 22m tonnes of cargo per year. Dar es Salaam has an annual capacity of 14m tonnes, with expansion projected to 28m tonnes in 2020 and to 34m tonnes by 2025.

Kenya and Tanzania are working hard to benchmark the performance of their ports with that of highly efficient seaports such as Singapore, Rotterdam and Hamburg. To achieve this, the country is harmonising its sea and inland ports’ operational standards with a focus on international best practices, investing in new technologies, expanding and improving infrastructure, enhancing logistics processes and embracing automation of services. The developments will not only reduce cargo and container dwell times, but will play a greater role in reducing the overall cost of doing business in the region.

The Singaporean company CrimsonLogic, a provider of eGovernment solutions, is greatly helping on this front. The company signed a contract with Kenya to provide a new trade facilitation system set to enhance the efficiency of cross-border trade at Kenyan seaports, airports and border posts. The process, implemented since May 2014, integrates systems of different government agencies into a single common platform, streamlining clearance processes for sea, air and land cargo.

As agriculture makes a large part of the economy of the countries in this bloc, companies such as Olam have found a receptive environment to establish business and expand. Olam is headquartered in Singapore and began operating in Tanzania in 1994, with its head office in Dar es Salaam and branches in five other cities. The company manages an integrated supply chain for four key products: cotton, sesame, cocoa, and green coffee. Olam expanded to Uganda in 1997, where it transacts the same goods and imports and distributes sugar and edible oil. The head office in Uganda is located in the capital Kampala and branches are spread through eight locations.

In 2013, Pavilion Gas, the natural gas and LNG unit of Singapore’s state-owned investment company Temasek Holdings, acquired a 20% interest in Tanzania offshore blocks one, three and four from Ophir Energy. The blocks hold up to 15 trillion cubic feet of natural gas. The final investment decision, when the project execution is triggered, is set to 2018 and exports could potentially begin in 2022 or 2023.

The LNG from the Tanzanian project will provide another source of supply to Singapore and to the Asian markets, while it will bring great development to Tanzania. Part of the natural gas production will be consumed internally in Tanzania, and also sold to neighbouring countries, including Rwanda, Burundi and the Democratic Republic of Congo, which would ultimately benefit from a cheaper energy source.

Singapore sees Africa as the next frontier, a whole continent with enormous potential for growth and economic development. From the ASEAN nations, Singapore ranks in third place, after Thailand and Indonesia, as the biggest trading partner with Africa, having traded $9.5bn with the continent in 2014. From that, $400m was focused in the EAC bloc.

Singapore’s history, from a poor estate under the British regime to one of the richest per-capita countries in world, is a model of how free-market capitalism can go the right way if a solid base is built. The EAC is focusing on building this base, creating the necessary channels to make trading easier within the bloc and with external partners. This is the first step on a long journey of development and, if the leaders can keep this focus, the bloc is on the right track to become a super economic powerhouse within the next decade.

The author, Otavio Veras, is a Research Associate of the NTU-SBF Centre for African Studies, a trilateral platform for government, business and academia to promote knowledge and expertise on Africa, established by Nanyang Technological University and the Singapore Business Federation. Otavio can be reached at [email protected].