With a population of over 160 million and growing internet penetration, Nigeria has the potential to be a lucrative e-commerce market. 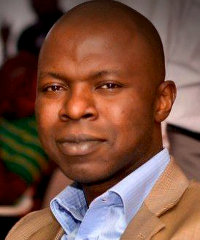 However, for many Nigerians online shopping is still a new concept, and e-commerce firms need to do more than just copy what Amazon is doing in the West.

One person who knows all about the unique challenges of the Nigerian market is Sim Shagaya, founder and CEO of online retailer Konga.com. Launched in July 2012, Konga sells everything from books to fridges to mobile phones. The company’s main warehouse is in Nigeria’s commercial hub Lagos, while it has sorting centres in Abuja and Port Harcourt.

After customers place their orders online, they receive a call from Konga’s team to assure them that the order has been received. Shagaya believes this human contact is essential in such a young e-commerce market. “You want to build a connection with people. They still want to feel that there are human beings behind the system.” He, however, believes that as the industry develops, the need for such human contact will diminish.

Because many Nigerians are not comfortable with paying for things online, Konga also allows its customers to make cash payments on delivery. “E-commerce arrived in Africa at a very different time from when it arrived in the United States. At the time when Amazon was kicking into gear, there was a culture of credit card use, and the formation of digital payments. But here it is all happening at the same time. Card penetration is still low, people are still getting used to this idea of being able to pay for things electronically – and cash is still king,” says Shagaya.

From the US to Konga

Shagaya was born in Nigeria, but received most of his education in the US. After he completed his MBA at Harvard Business School in the early 2000s, he had an urge to return to Africa. At the time Nigeria was still just finding its feet in democracy, and Shagaya opted for the more stable South Africa where he joined Rand Merchant Bank.

Following a stint at the investment bank, Shagaya moved to Nigeria where he became Google’s head for Africa, developing the search giant’s strategy for the entire continent, excluding South Africa. He then started a billboard advertising business, which is today one of the top players in the industry. After six years of running the billboard company, Shagaya was itching to get back into the online space.

He then convinced the board of the billboard company to invest in DealDey. Launched in March 2011, DealDey is a daily deals website, loosely based on the Groupon model that offers products at highly discounted rates. Shagaya says that DealDey provides a good platform for companies to clear their inventories.

The success of DealDey confirmed that there is a market for online shopping in Nigeria, so Shagaya started to focus all his attention on Konga.com. (He still serves as a board member of DealDey).

Konga was launched in 2012 with the initial financing coming out of Shagaya’s own pocket. However, in less than a year of operation, the company attracted investment from two large investors.

Two months into Konga’s existence, it received capital from Swedish investment firm Kinnevik. Barely a few months after that, South African-based emerging markets media giant, Naspers, also announced a major investment. According to Shagaya, Naspers CEO Koos Bekker, the man who basically introduced pay-TV in South Africa, has taken a personal interest in Konga. Interestingly, in 2011 Naspers pulled its own e-commerce offering, Kalahari, from the Nigerian market. In a statement at the time, Naspers said that “the performance of the service has been below expectation since the launch and reaching profitability was not a reasonable near-term prospect”.

Over the past few years there has been a lot of talk about Africa’s growing middle-class and increasing spending power. For Shagaya, this is a reality. “The middle class in Nigeria is making a bit more money, and we are seeing that. People are buying washing machines and air conditioners for the first time.”

Currently Konga’s top selling products are home appliances and electronics, but clothing and apparel – which have only recently been introduced – are showing significant growth.

Although Konga has invested in advertising the platform, Shagaya says that the majority of sales come from ‘word of mouth’ marketing.

Talent and infrastructure – dealing with the challenges

The most difficult challenge for Shagaya is finding talented staff in Nigeria. “There is a dearth of skills on our continent because we haven’t invested anything that we should have in education, and even healthcare. So the human capital quality here is not what it should be. So finding good people is the toughest part.”

Nigeria’s poor road infrastructure and congestion in cities like Lagos, also pose challenges to Konga. In some of the major cities such as Lagos, Abuja and Port Harcourt, Konga makes use of tut-tuks and motorcycles to weave through the traffic and get the products to its customers on time. In the rest of the country the company relies on third party courier companies.

Although Konga covers every state of Nigeria, Shagaya concedes that the cost of transporting goods to some rural areas becomes too high when compared to the value of the product.

Recently the company announced a new service called Konga Mall, which allows other retailers and traders to have their own storefront on the Konga platform – giving them the opportunity to benefit from the traffic to Konga’s website and its logistics infrastructure.

“Imagine you are that Nigerian businesswoman who travels to Dubai and buys merchandise. I’ve seen Nigerian sellers go from office to office all day selling things. Direct selling is a big channel here. But imagine if you can bring that merchandise to Konga’s warehouse, and we can open up your merchandise to nationwide distribution, and then take a humble commission. This is a model that will prove very interesting for Africa in the long-term, and it will be a big part of e-commerce in Africa,” notes Shagaya.

Only the start of a long journey

The person who has had the biggest impact on Shagaya’s career is Hakeem Belo-Osagie, a well-known Nigerian businessman who has been active in a variety of sectors, including energy, finance and telecommunications.

One of the things Shagaya has learnt from Belo-Osagie is to do thorough planning before starting with any venture. “He taught me how to be really tactical and to plan very carefully. There is enormous value in careful planning.”

During a TED talk in Lagos last year, Shangaya described Konga as a long-term “epic journey”. With Shagaya’s solid business experience and enthusiasm, coupled with the support of his heavyweight investors, Konga might just reach its destination.