It is a well-known fact that most startup companies don’t live to see their fifth birthday. Sriram Bharatam is a Kenyan based serial entrepreneur and the founder of small and medium enterprise support website Kuza Biashara. During an earlier TEDx event in Nairobi he spoke about why most startups fail. Below are some of the key takeaways. 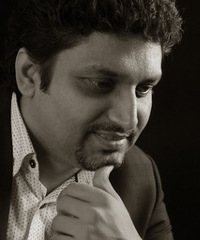 1. Keeping the business idea a secret

Entrepreneurs often keep their new business ideas close to their chest for fear that it might be copied by someone else. However, Bharatam says it is better to share your idea with others, as they will be able to give some valuable insights, which will allow you to fine-tune your plans.

Many startups hold back the launch of their product until all the features are ready and everything is working perfectly. This is a mistake according to Bharatam, who says that a product is never perfect.

He says it is better to go to the market with a product, talk to prospective customers and refine it until it works. “Done is better than being perfect.”

3. Believing a product is for everyone

Bharatam says he has met many entrepreneurs who wrongly believe that their product is for everyone.

Startups need to be specific in defining their target customers. “Understand the demographics, understand the psychographics of this customer. Understand how they think, how they act, and then go and address that.”

Even though the business plan might indicate that a company will start earning serious money after six months, the reality is that the wheels of commerce often turn much slower. When raising money, Bharatam says entrepreneurs need to ask for slightly more capital than their projected immediate needs.

Don’t micromanage and impose your way of doing things on your employees. “Start thinking of creating a team, start building a culture whereby people around you start believing in your dream, and then you start collectively moving towards that direction.”

Bharatam advises against going it alone and says entrepreneurs should seek out a co-founder off whom they can bounce ideas. “Two minds are better than one.”

Having a business mentor can be a good source for advice and support. However, it is not a good idea to blindly do everything your mentor tells you to do.

“We always think: ‘Oh my mentor is a successful entrepreneur, he has done it many times. He is very good. Whatever he is saying is true.’ No, not true… The context in which he did it… may not be applicable for you today. So you always need to go with your own gut feeling.”