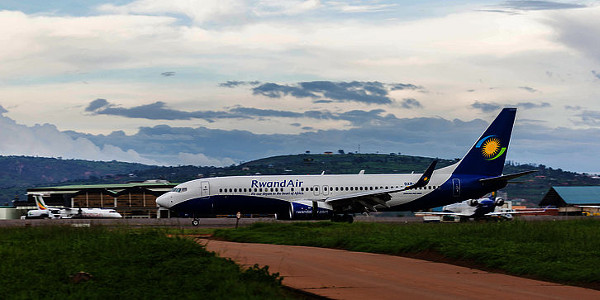 I have received several requests for comment on RwandAir’s new developments, most notably on the airline’s new routes and its formidable fleet expansion into wide-body aircraft.

At a time when Kenya Airways is reeling from the aftermath of poor management decisions, and talk of the revival of a national carrier for Uganda has been simmering for a while, many think RwandAir is punching way above its weight. This is a position I do not agree with.

A big opportunity for a small country

Looking back roughly 10 years, most people would agree that Rwanda – being a fully landlocked state poorly connected by both road and air (there was no rail network to begin with, unlike in some of the other east African countries) – was in a difficult position.

Up until 2008, the country had several airlines serving Kigali. These were mainly international carriers such as Kenya Airways, Ethiopian Airlines, and SN Brussels, as well as a lethargic Rwandair Express. Most foreign airlines served Kigali arbitrarily and in many cases charged seditious fares.

Working with nothing but wet-leasing (renting aircraft, crew, maintenance and insurance from another airline), Rwandair Express had no operational control. It was essentially a virtual airline.

But, in spite of being a small country, (and not richly endowed in natural resources), the Rwandan government committed not only to restructuring and revamping Rwandair Express, but to ensuring that it made strides in creating an enabling environment for the country’s aviation industry in general.

This investment in aviation is today evident in the revamping of Rwandair Express into RwandAir, as well as in the development of aviation regulation, infrastructure and expertise at national level.

The best use of state funds?

However, some people question whether the funds invested into the airline should rather have been used for developmental purposes such as schooling, water and electricity, and seem to be of the opinion that RwandAir should sell a stake in the airline or divest, if it isn’t making a profit.

In response, parallels have been drawn between Rwanda and countries such as the United Arab Emirates and Singapore, where the national carriers are right at the heart of economic growth.

To hold RwandAir to a profit position at the moment would be myopic and ill-advised. The airline will need time to recoup the considerable investments it has made over the years. On the other hand, to assume, without being very cautious, that the cherry is ripe for picking – and therefore that RwandAir should sell or divest – would be a colossal mistake.

The investments and progress that have been made by the carrier should be nurtured and – for lack of better words – jealously guarded.

There are numerous lessons to be learned from the Kenya Airways-KLM partnership, which came at a time when Kenya’s national carrier was showing promise. Any courtship attempts by the Middle East carriers, however, will have to be carefully examined, as their basket of goodies will sometimes contain a chalice poisoned to their distinct advantage.

It must also not be forgotten that RwandAir has Ethiopian Airlines to compete with. Ethiopian Airlines has positioned itself as a pan-African carrier and is actively seeking a stake in smaller African airlines. It will be keen to protect its long-haul routes and use new acquisitions as regional feeders.

RwandAir isn’t adding wide-body aircraft to its fleet with the region in mind – the company is looking at intercontinental route development. Having said that, what would be interesting to see at the moment are the carrier’s plans to extend its global reach through meaningful code shares and entry into one of the global airline alliances – Star Alliance, Sky Team or One World. My bet would be on Star Alliance.

No airline can thrive without partnerships, and given the current state of African airlines, a shot in the arm – by way of inviting other stakeholders to support the carrier – might not be a bad thing. However, it must be weighed out, with national and regional interests given due consideration – and precedence.