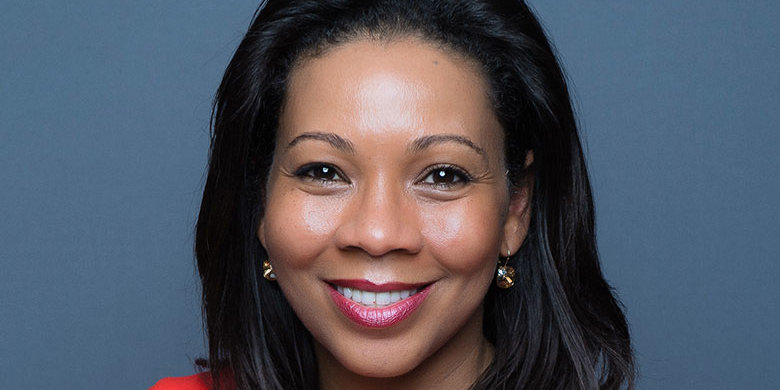 If there is an emerging trend in the African early-stage tech ecosystem amongst venture-backed startups, it is the decision to expand geographically early in the lifecycle of the company. And in regulated industries like financial services, that means having to secure licences or other regulatory approvals for each subsequent market.

From that perspective, startups may look to French-speaking Africa with excitement. Beyond sharing a common language, many of the francophone countries have the same currency and legal system. On paper, this makes it easier for startups to expand from one territory to another, as opposed to English-speaking African countries which have their own currencies and operate more independently. The French-speaking countries in West and Central Africa are divided into two monetary unions:

It raises the question: Why have we seen less activity in the early-stage tech startup ecosystem from French-speaking countries in sub-Saharan Africa? And, why aren’t more venture-backed startups looking to expand to these countries?

Entrepreneur Rebecca Enonchong sits in a unique position within the African tech ecosystem. In her various capacities, Enonchong acts as a link between the US – where she attended university and started her career – and Africa. She is also a conduit between anglophone Africa – where we see greater startup activity in ecosystems such as Nigeria, Kenya and South Africa – and francophone Africa. Enonchong remains a vocal champion of her native Cameroon, where she currently lives, as well as other countries in the CFA zone.

While she may be most widely known for her African tech evangelism on Twitter (@africatechie) or her work for capacity-building organisations around the continent, Enonchong is first and foremost a businesswoman. Her career in entrepreneurship commenced in 1999 when she founded the software services company AppsTech.

Despite the perceived attractiveness of francophone markets, Enonchong is quick to caution that doing business in these countries is different than elsewhere on the continent. It’s a lesson she learnt the hard way, after AppsTech opened an office in Cameroon in 2002.

“I think that it’s harder to get in and to start because nothing makes business sense,” Enonchong says. “There are a lot of startups that want to scale into francophone Africa that make a lot of mistakes doing so. I know, because I was one of them.”

However, that’s not to say that business opportunities in francophone Africa are not worth exploring; on the contrary. As Enonchong argues, “once you’ve figured out how it works in one place then it’s very easy to scale across the other countries in the francophone zone.”

What to know about doing business in francophone Africa

OHADA, or the “Organisation for the Harmonisation of Corporate Law in Africa”, is one intervention, aimed at improving the ease of doing business and cooperation amongst its member countries. It promotes a system of common accounting practices (like GAAP), corporate laws and implementing institutions. The OHADA treaty also created the Common Court of Justice and Arbitration, located in Abidjan, to adjudicate business disputes across the zone.

Yet, despite the efforts of these trade and monetary unions, trade between these countries remains low – just 9% within the CFA zone, according to World Bank estimates.

What makes francophone African countries difficult to do business in for startups, amongst other macroeconomic reasons, are their bureaucratic cultures which, much like France, makes starting and operating a business especially challenging.

“We talk about the regulatory environment being difficult in Nigeria – it’s just as difficult in francophone Africa,” Enonchong says.

“We can go online to create a company, but to go online to create that company you need all these documents to upload and each of those documents is a headache to obtain. For instance, in order to get a business licence they’ll say: Okay, your business licence is free for your first three years, but then to get that business licence you have to get a certificate to show where your office is, which you get from the tax office. And in order to get that certificate, you have to bring a lease. And in order for the lease to be valid it has to be registered. Here you are, you’ve made no money, you’re maybe working in a co-working space or out of a hub, so you’re paying no rent, you can’t have a business licence.”

To register a business in francophone Africa, entrepreneurs also won’t be working with a lawyer, as they would elsewhere on the continent.

“The lawyers in most of these countries are mostly litigators… In francophone Africa you go to somebody called a notaire. And a notaire is actually a government official. They’re independent but they’re appointed by, and part of, the ministry of justice in those countries, which is a really unusual setup. The fees are set by the government even though they are independent, they’re appointed by the government.”

And tax policies are disadvantageous too.

While many early startups operate out of flexible, shared working spaces, that lease flexibility does not satisfy business requirements in these markets. “You actually have to get the co-working space to give you a proper lease,” Enonchong shares, “but then you pay a tax on that. In Cameroon it’s 10% of the value of the lease – so if you sign for five years, you’re going to pay 10% of the value of the five years, so people don’t want to sign long leases. And you pay that up front. Then, all contracts need to be registered with the tax office… Before the contract is valid, so you can bill and start collecting on it, you have to register it, and you’re paying up front to register – and it’s 2% to 5% of the value of the contract.”

Lastly, while countries like Nigeria offer great intrigue to startups and corporates alike, the market opportunities across francophone countries must be called into question. From a topline population perspective, the 14 CFA countries total approximately 177 million, smaller than Nigeria’s 206 million.

Expanding AppsTech to Cameroon in the early 2000s

After graduating from university in the US and working for Oracle, Enonchong founded AppsTech in the US in 1999. At the turn of the century, as business management tools were increasingly coming online, AppsTech was built as an enterprise software provider for its rapidly digitising clients.

In the days before software as a service (SaaS), it employed a recurring revenue model, in part due to Enonchong’s disdain for bureaucracy.

“We ended up saying, okay, we’ll sign a contract and we’ll guarantee that your systems are going to work,” Enonchong recalls. “You choose 9-5, 7-7, 24/7. We’ll sign an SLA, and if the system goes down you start charging us… We productised services.”

It was a model that worked well for AppsTech, due to the specialised nature of the digital services it was offering to its clients.

“And that helped us scale tremendously, because the type of support that we provided requires very specialised people. It’s so hard to scale people. But that same expert that is really good with Oracle General Ledger but doesn’t know crap about Oracle Inventory, then can work on several different customers at the same time… If you’re selling them to one customer, then you can’t scale. But this really allowed us to scale, so our team size increased, but not nearly to the same extent that our client bases increased.”

AppsTech scaled rapidly – operating in five countries just two years after its founding, and by 2003 it had seven offices on three continents, servicing clients in over 27 different countries.

One of AppsTech’s seven offices was in Cameroon, which Enonchong opened in 2002. And, as she recalls, “It wasn’t a choice that some of my team was happy about. But I convinced them – it’s not just because I was born there – but because I thought that it was a gateway to both English-speaking Africa and francophone Africa. Centrally located, the currency, OHADA was just starting to be implemented in the zone. So there were a lot of reasons that were justifiable reasons.”

Yet, despite Enonchong’s justifications, operating an office in Cameroon turned out to be different from what she expected.

“I think I was very naive when I opened my Cameroon office,” she says. “I believed the Kool-Aid. All the evangelising that I was doing and going around the world and saying people needed to invest in Africa and tech in Africa.”

While doing business in francophone Africa is difficult in and of itself, the trouble for AppsTech started when it abandoned its subscription model for a company it hoped would be a major client on the continent.

“We had a large customer in Cameroon and we went out of our model – mistake number one. We did a project… it really wasn’t our model. But we did it because this customer wanted it that way, it was a big customer, a significant contract, and it was going to be our first large African contract. We put a lot of money into it, we put our best resources into it and they didn’t pay.”

Lesson number one – if your model works, stick to it! Lesson number two? Do everything on the continent pre-paid. “I don’t like having to do business that way. That’s not how I grew my company, through distrust. But you almost have to incorporate that into what the other person is like. One of us is going to get screwed, and it’s not going to be me.”

In spite of the difficult business environment and AppsTech’s experience in Cameroon, Enonchong still remains a champion of the startup ecosystem and, as a co-founder of the Cameroon Angels Network, an active investor and advisor to Cameroonian startups.

After all, difficult operating environments have built strong, resilient entrepreneurs. “Because it’s so difficult to get funding and attention, there’s a much stronger focus on revenue,” she says. “Francophone entrepreneurs are generally more resilient because they’ve had to do with nothing.”

One such entrepreneur is Olivier Madiba, who when struggling to raise venture capital for his gaming company, Kiro’o Games, turned to equity crowdfunding and raised over $300,000 for the development and launch of new games. Enonchong and the Cameroon Angels Network are investors.

Enonchong is also the co-founder and current board chair of AfriLabs, a member network of tech hubs across the continent. And through these tech hubs, Enonchong is currently involved in discussions with governments to improve policy for African innovation.

“The startup act that was just passed in Senegal is based on the i4Policy framework,” Enonchong says. “A lot of francophone hubs are very involved in the policy discussion. So, the outcome is representative of what the francophone countries need.”

And as these policy changes and other initiatives take effect, Enonchong will continue to advocate on behalf of entrepreneurs in French-speaking Africa and across the continent.

“Entrepreneurship is rewarding, and there is so much possibility that we need to encourage it, and try to make it not so hard for entrepreneurs to succeed.”