Cape Town has over the years lost some prominence as a business destination while Johannesburg strengthened its position as South Africa’s commercial capital. A private sector-led initiative Accelerate Cape Town is, however, working to reposition the city as a competitive economic hub. How we made it in Africa talked to Guy Lundy, CEO of Accelerate Cape Town. 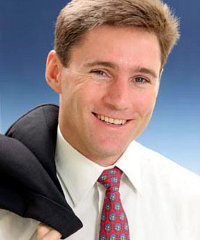 Give us a brief overview of Accelerate Cape Town and how it started.

The way it started was in response to the concern that some of the big companies were choosing to leave Cape Town. Around 2005, Shell moved their head office to Johannesburg, despite being here for 50 years or so. And shortly thereafter, in 2006, Old Mutual announced that they were relocating their head office to Johannesburg. The worry among business leaders in the Cape was that this could lead to all the corporates leaving and that Cape Town would become a retirement village and a tourist resort.

So myself and Tim Bashall, who was running KPMG in the Cape at that stage, got together and we decided to start engaging the corporates in getting them involved in collectively driving an agenda of growth for Cape Town as a business destination. Our goal is to develop Cape Town into a thriving, vibrant business alternative to Johannesburg.

There are a whole range of people that make a city like Cape Town work, you have got the local government, the provincial government, business leadership, the parastatals, the universities, etc. So the more we can get alignment between these people and develop a common story about the future and what we need to do in order to achieve that, the more likely we are to be that vibrant business destination. So that is essentially what we push to achieve.

What did Johannesburg do right in order to attract companies and talent?

I think they have momentum. People are attracted to the speed and momentum of business activity. They have also been much bolder in terms of just doing big things to make sure that they position themselves as a business centre. We had an opportunity in the mid-1990s when a lot of business leaders were moving to Cape Town because Johannesburg, particularly the city centre, was going into decline and crime was at such a level that people were choosing to move to Cape Town for a safer, better quality of life. But I don’t think we really grabbed that opportunity. One of the things that disabled us from doing that was complete political instability. Since 1994 right through to 2007 or so, we had constant political instability between the City of Cape Town and the provincial government. They were always fighting with each other, whether it was the same party in power or not. They were always working against each other, as opposed to working in alignment. Happily this has improved dramatically over the last two years.

The African continent is currently attracting a lot of attention as a business and investment destination. How do you see Cape Town fitting into this new African growth narrative?

Much of our growth is going to come through our links into South Africa and the continent as a whole. We are not growing at the 10% growth rates that you see in places like Angola, but by producing products here which we can export out to the rest of Africa, we are riding on the back of that wave of growth. So the more we are linked into Africa, the better it is for us.

What are some of the planned initiatives to attract more tourists to Cape Town?

From a tourism perspective, one of the big things we struggle with is seasonality, where we have this massive influx of people during December and January. By changing the message, you can start to drive people into the city during the winter period. We start out with a very negative message where we keep everybody out by telling them how hard our winter is. There is nothing like a Capetonian talking about how bad our winter is. So we have to change the message.

What we also have to do is start looking at activities that can bring people in, and events is a big one. Just as an example, I saw on TV the other night the Red Bull freestyle motocross series that they do. They did one in Moscow at the Red Square and they went out and did one in Battersea in London at the old power station. You’ve got aerial shots, you’ve got an amazing exposure of the city, as well as these fools doing somersaults on motorbikes. We can do that on Cape Town’s Grand Parade – you’ll have the city hall in the background and Table Mountain up behind it.

I think we also need to be a little imaginative about the stuff that we are doing. And that is where the idea of a ‘Great Cape Town Sale’ comes from. Singapore, for example, has The Great Singapore Sale. The reason why they are doing it is because June and July are horrible in Singapore. It is so hot and humid that you can’t move. So they put everything on sale and they bring people in to buy stuff in Singapore. People who wouldn’t normally go there, visit the city to do their shopping and get great deals. I think we can do the same here.

The problem with Cape Town is that we think because we have this big mountain it is enough, but your returning visitor needs more. The one comment that comes from people that visit Cape Town regularly is that they actually run out of things to do. They don’t necessarily want to go up Table Mountain every time they come to Cape Town.

In one of your articles you sketch two possible future scenarios for Cape Town – one of the Southern Tiger and the other of the Sinking Island. In which direction is Cape Town currently heading?

I think at the moment we are sitting somewhere in between, but I am pretty confident that we are heading in the direction of the Southern Tiger. I think the World Cup has done us an amazing amount of good on that. It has raised our profile, it has improved our image and it has put us in the minds of the rest of the world. This attracts the kind of investment that will create jobs, and if we can create jobs we can avoid the Sinking Island because that is essentially what it is going to come down to. You want to have people in houses, you want to have children in schools. But in order for that to happen you have to have people in work. They need to be able to afford to put food on the table, electricity in the meter, etc. And that has got to be about creating jobs.