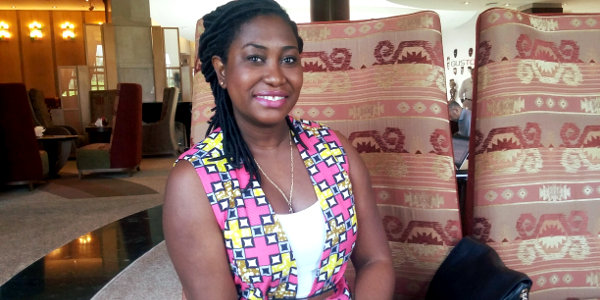 Professionals in Equatorial Guinea’s capital Malabo now have the option to get their groceries delivered straight to the office through e-commerce platform EG Galleria.

In fact, finding little time to do shopping is exactly what prompted co-founder Consuelo Dougan Chaffer to start the business. She is a financial analyst at a prominent energy company, and currently runs EG Galleria on the side.

“I go to work very early and leave at about 9pm – I barely see daylight. And over weekends the town is jam-packed and too busy to go to the shops,” explains Dougan.

While groceries is EG Galleria’s most popular category, it sells a variety of other items, from home appliances to clothing. Stock is sourced from brick-and-mortar retailers in Equatorial Guinea; EG Galleria is also an online distribution platform for consumer goods suppliers who don’t necessarily have a physical shop.

Due to the small size of Bioko island, on which Malabo is situated, deliveries only take one to four hours. “It’s small and very accessible. Sometimes we use a bike or just deliver on foot – often it is actually faster to walk than using a car.”

She plans to expand the service to the mainland, but says Malabo has been good for finding her feet. “Malabo is tiny compared to the mainland, where the real population is. But Malabo is actually a good place to start a business – for me it is kind of a testing ground.”

Starting the business has been “tough”, with one of the biggest hurdles being the low level of technology adoption.

A big online shopper herself, Dougan assumed people would know how to use the platform, especially because of its basic design. But this proved to be an unexpected challenge. For example, customers can pay cash on delivery – and it is clearly indicated on the site that a bank card is not required to make a purchase – but some shoppers are still unsure about how to transact without a card. A great deal of time is therefore spent on educating consumers.

Dougan is also mulling the idea of starting a tech boot camp where children aged eight to 15 can learn to code. “I believe if we start doing this now, in the next five to 10 years we will have a generation of tech-savvy kids.”

Life as an entrepreneur

Dougan was recently selected as a finalist in Total’s Startupper entrepreneurship competition. She hopes to invest some of Total’s financial support in marketing activities. “Maybe I can get two or three billboards up.”

But female entrepreneurs generally have a hard time in Equatorial Guinea. When Dougan started negotiating with some brick-and-mortar retailers, many didn’t take her seriously because she is a woman. “Gender is a big thing still – I never knew that it could be an issue.”

For this reason she is also thinking of creating an entrepreneurship club for women in Equatorial Guinea.

Raising funds for tech ventures is another challenge. “Funding is a tough one here, not only in Equatorial Guinea but also the rest of Africa. So you have to rely on your savings and family, as well as entrepreneurship competitions.”

She says she admires Adenike Ogunlesi a successful Nigerian entrepreneur who started her own children’s clothing line. Another role model is American venture capitalist and entrepreneur Chris Sacca – an early investor in Twitter, Uber, Instagram and Kickstarter – whom she had the opportunity to meet. “He is young, bright and a genius. If he can do it, why can’t I? I might not be able to compete internationally right now, but I can be a local champion.”