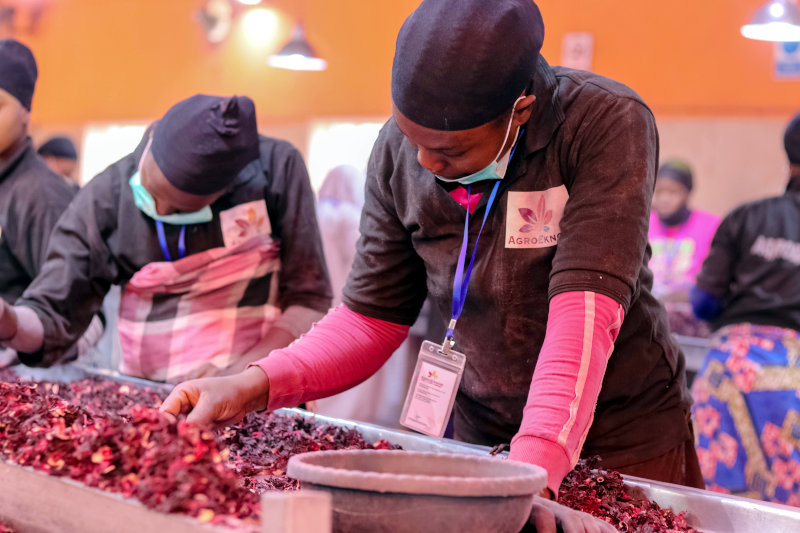 Timi Oke secured the first client for his fledgling Nigerian export trading business through LinkedIn. At the time, in 2012, the Nigerian-born Oke was working a nine-to-five job at a bank in the UK and decided to follow the advice of an import-export trader he had become acquainted with.

“I had always been interested in agriculture and trading from a young age. Even while I was working at the bank, I would research different agricultural products that could be viable for trade,” he says.

The trader told Oke to attend as many trade fairs as he could and recommended a few industry groups on LinkedIn to join.

“For about six to twelve months, I was constantly on these groups, asking questions, eliciting responses and then contacting those individuals directly. Eventually an importer from Mexico asked me if I could supply five containers of dried hibiscus flowers.”

Oke took a career break, not officially quitting just yet, and asked his brother and a good friend to join him in the newly registered company called AgroEknor.

It was a scramble to deliver that first order. The partners crowdfunded and used their own money to raise enough working capital to purchase the hibiscus flowers from middlemen who procured it from small-scale farmers in Nigeria’s northern states.

Oke emphasises the importance of integrity in business. He was upfront with this first client, admitting that the company had not done a deal before.

“What I could assure him of, though, was that he would not face any issues getting his product out of the ports. We had connections at the Nigerian Ports Authority. At the beginning of every business, you always need one person to believe in you. Either your investor or your client,” Oke notes.

The shipment was dispatched. Oke still remembers the day the first payment for 60 tonnes of dried hibiscus was transferred into the company’s account. “It was a celebration. I gave notice at the bank and settled permanently in Nigeria to do this full-time,” he says.

The importance of research

One mistake many entrepreneurs make when trying to start a trading business, says Oke, is not having adequate industry knowledge.

While working at the bank, he read up and learnt everything he could about hibiscus and the industry, not just in Nigeria.

“Hibiscus is not the product I originally wanted to go into. I liked the drink, but did not know that it is a cash crop which is in demand worldwide and that people paid good money for,” he says.

He learnt about the international hibiscus market, the main importing countries and the biggest producers. 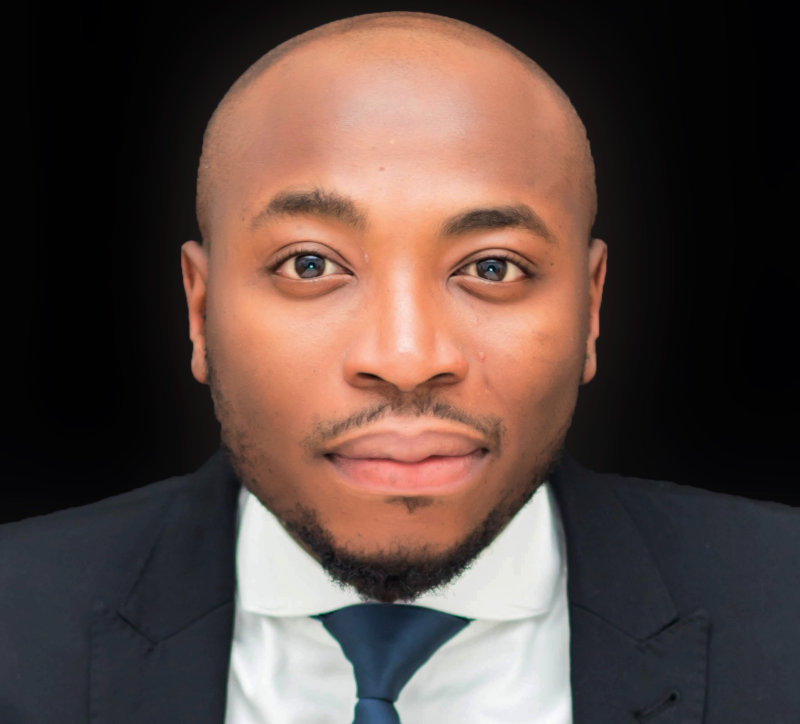 “Organic hibiscus is grown in Africa – mainly in Nigeria, Burkina Faso and Sudan. When we started, there were a lot of trade restrictions in Sudan. They were in the middle of a civil war. Essentially there was a global supply gap,” he says.

Oke also knew that the big hibiscus growers in northern Nigeria were unable to get their products out of the country as local traders did not want to deal with the tension and unrest in the area. It was a gap AgroEknor could capitalise on.

“We essentially said: Let’s be brave about this. Let’s go into the north, get it packaged and get it out,” he says.

His investment in getting to know the industry has delivered results.

“Sometimes I feel like a walking hibiscus encyclopaedia, but knowing the product helps. When you can speak about your product and industry with a lot of knowledge, clients are more inclined to trust you with supply contracts.”

Oke says it was beneficial that the company’s first client was from Mexico.

“I have discussions with newcomers all the time who just want to get products into the EU or US. In the beginning, you cannot target the most sophisticated countries.”

Oke explains that a mistake in a shipment’s documentation or an issue with fumigation, could, in some ports such as the US, lead to the destruction of the entire cargo. A start-up cannot accommodate such losses.

“There are other countries where you can refumigate or reprocess the cargo elsewhere in the harbour, for example, Mexico or China. If you don’t know this and simply aim for the US market first, you are doing yourself a disservice.”

The company was fortunate, says Oke, to grow quite quickly. From 60 tonnes in year one to 120 in year two and 540 tonnes in year three. The growth came from clients in Latvia, Germany and Belgium which he secured at the Anuga Trade Fair in Germany in 2013.

The team came back from the fair and raised another round of finance from family and friends to be able to deliver on the orders. Oke started the process to get certifications in place to be able to export to the EU.

At the fair, Oke also met a Mexican trade broker who helped facilitate more Mexican deals. He used their track record of delivery to their first client to secure 30% payment upfront from eight new Mexican clients.

AgroEknor was steadily building its client base and in 2016, in its fourth year of operations, it penetrated the US market. The company received one order from a US company who wanted the hibiscus packaged for retail under the AgroEknor brand. Oke and his business partner soon started fielding calls and emails from other potential clients in the country who found their contact details on the packaging.

“We got proper demand in the US in 2017, and in 2018 I moved there for about seven months, essentially selling our product from door to door. We were able to establish our reputation and secured longer-term contracts,” he says. 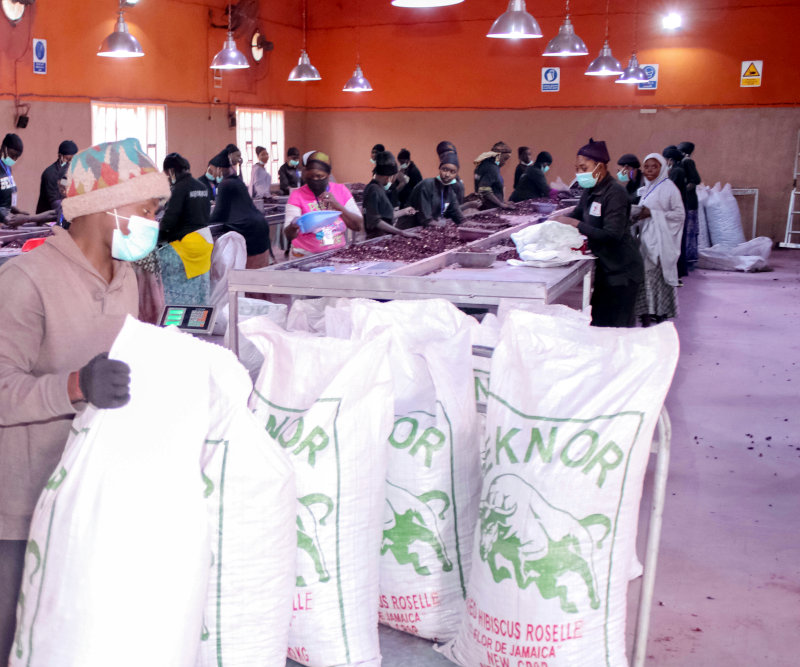 On its website, AgroEknor lists hibiscus as well as cashew nuts, sesame seeds and ginger as its trade products. The main focus, however, says Oke, is growing the formats of its hibiscus exports.

After the success of the first Anuga Trade Fair, the company paid a visit to a few of its overseas clients. “We found out that while we exported the cleaned and packaged raw flowers, there also was a market for both hibiscus powder and concentrate,” he says.

AgroEknor joined forces with a chemist from Nigeria’s Federal University of Technology and began processing the flowers at a facility in Kano.

“Right now, we have clients in the EU who purchase the powder, while the demand for concentrate is huge in the US,” says Oke.

He believes that it is imperative to be involved at both ends of the production cycle. Even before the company had an outgrower scheme with smallholder farmers cultivating hibiscus for direct supply, it had boots on the ground near the farms through an agronomist consultant who checked the quality of the crop.

“Importers currently are focused on the traceability of a product. This means that, as an exporter, you have to be involved in the entire value chain and we are talking to three state governments to see how we can replicate our outgrower programme there,” says Oke.

The planned scheme across the three states will push the number of outgrowers up from 2,000 to over 15,000

“We currently have a supply deficit. The demand is high, especially with the renewed focus on healthy living due to Covid-19. We’ve had a lot of health and wellness multinationals approaching us as hibiscus has been proven to be an antioxidant.”

While Oke had promised his first Mexican client that port and logistics challenges will not be a problem, he admits that the company has had to deal with some of these obstacles along the way.

“Certain infrastructure has to be in place for you to have a seamless supply chain and Nigeria does not have it. We have port congestion and if a client wants his product on a specific day, you may struggle to get clearance.”

In 2018, AgroEknor secured substantial funding from the Nigerian Export-Import Bank (Nexim). “At a high level, Nexim has always been able to connect us with the right authorities to be able to negate some of these challenges,” Oke says.

“In any business, your network can help you to solve problems and you have to make it a point of duty to actively grow that network, especially with regulatory stakeholders,” he says. “It will be help you to go further than the next guy who does not invest in relationships.”