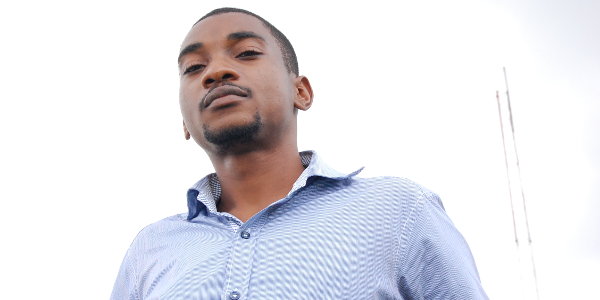 The African diaspora has one man to thank for helping to keep their cultures alive in a fun, child-friendly way thousands of miles from home.

Some years ago Nigerian entrepreneur Adebayo Adegbembo noticed that his niece had little interest in learning local languages.

“I realised that lack of interest was driven solely by the fact that she didn’t have access to interesting and fun material such as cartoons and games,” says Adegbembo.

He set about solving the problem, and in 2012 developed pilot games that were met with great enthusiasm from users across the world.

“There was considerable interest from lots of people and this was proof that there was an opportunity to turn this into a business,” says Adegbembo.

He founded Genii Games, a company focused on promoting and preserving African cultures using technology. Genii has developed a range of interactive mobile apps and web videos that teach children subjects ranging from languages to folktales, ethics and etiquette.

One of its apps, Adventures of the Tortoise, uses stories and games to teach morals and ethics. The game highlights cultures from across the continent, employing traditional names, dress and songs set amid African scenery. Language apps Yoruba101 and Igbo101 help users learn the Yoruba and Igbo languages.

“The vision for us is to become a one-stop shop for all things fun about African cultures. We want to be the destination for apps, cartoons, animations, books and TV content that will motivate children to learn African cultures and languages,” says Adegbembo.

Genii Games sells some of the apps it builds. The company also generates income from in-app sales, subscriptions as well as through organising cultural workshops at schools.

“At the moment, the bulk of our customers are the diaspora, perhaps because they are most disconnected from the cultures here. The older Nigerian diaspora see value in this and want their children to learn the languages,” Adegbembo explains.

“We are also getting African diaspora who have no physical ties to the continent, such as Afro-Brazilians, African Americans and Africans in Latin America. These are people who believe they have their roots in Africa and they are eager to learn anything to do with the continent. So we are actually crossing over geographical barriers.”

Although there is still not enough entertainment content based on African cultures and languages, Adegbembo says more companies are entering this space.

“We still don’t have enough material compared to the Western entertainment content available in the continent. The more people we have creating [Africa-focused] content, the more appreciation we will have for our culture and languages,” says Adegbembo.

One of the challenges Genii faces is internet use, which is growing but is still not an option for millions of children in the continent.

“We are making this interesting content on smartphones,” says Adegbembo, but there are not that many smartphones in use compared to basic feature phones.

“Another hurdle is payments, which is why subscription is a better model for us because we then partner with telcos to be able to collect [payments]. So ours is still a growing industry because of these limitations,” he says.

Despite the challenges, Adegbembo says he has had a “great” experience running Genii Games.

“This is the one thing that has made me really fulfilled. It entails a combination of all passions and interests – writing, travelling, meeting new people, building things. It is the total package. I haven’t done anything before that has given me this level of fulfilment. I find even the challenges to be exciting because this is something I really love,” he says.

But transitioning Genii Games from a hobby into a business came with many lessons.

“I have learnt the importance of using data to drive strategy. I have learnt not to build things that are not in line with consumer demand.

“But the most important thing I have validated for myself pursuing this path is that I can be an entrepreneur and not go hungry or be homeless or lack clothing.”