Nigeria is expected to overtake the UK as the largest market for Guinness stout in 2014. 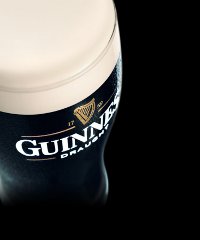 So says Renaissance Capital in a recent research report on Nigeria’s brewery industry.

According to Renaissance, sales of Guinness are currently being driven by Sub-Saharan Africa countries, with 41% of global volumes consumed in the region in 2010. “Stout volumes have been growing quickly in Africa over the past few years, while they have been declining in traditional beer markets,” says the report.

Nigeria is the largest market in Africa for Guinness and the second largest globally, since it overtook Ireland in 2007. “The largest market remains the UK, but we expect Nigeria will overtake the UK and become the largest stout market globally in 2014,” notes Renaissance.

The Guinness Foreign Extra Stout brand consumed in Nigeria has a different recipe to the traditional Guinness, as the 1994 grain import ban forced Guinness Nigeria to adapt its recipe.

The report says that Nigeria is the most attractive market in Sub-Saharan Africa for brewers. The west African nation has the region’s highest consumption of pure alcohol. The majority of alcohol consumed is, however, home-brewed drinks such as palm wine. The consumption of commercial brands is still relatively low.

“Beer remains a luxury product in Nigeria, as in the rest of Sub-Saharan African. As income grows and the affordability and availability of beer improves, consumers will trade up from informal alcoholic beverages to commercial beverages.”