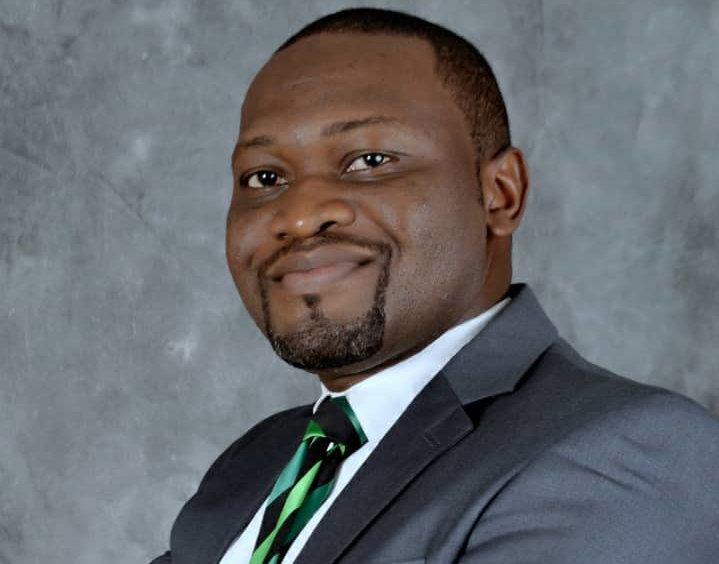 Smoked catfish is a local delicacy enjoyed throughout many countries in West Africa, especially in Nigeria. It is usually prepared by drying the fish over a wood fire on the side of the road.

However, the lack of quality preparation techniques often leads to a finished product that is well below standard and likely to contain impurities like sand.

To solve this problem, David Galadima, who has a background in engineering, decided to set up a food-processing company that focused on high-quality produce. After his brother started a small catfish farm in 2016, in Nigeria’s northern Kaduna State, the entrepreneur created Graemoh Foods to serve the local marketplace with a range of products including smoked catfish, honey, dried pepper and rice.

The transition from a small catfish business to a food-processing company that sells products across Nigeria was not straightforward.

Starting with a lack of equipment, the CEO initially smoked the catfish at a local drying centre in racks above the ground.

But this still led to a substandard finished product. Raising money from a mix of family, friends and grants, Galadima bought a fish-drying machine to improve his output.

The same is also true of Galadima’s honey product line, the second foodstuff to be produced by Graemoh Foods. The idea to move into honey came from his family, who were into the production and sale of honey for many years.

“There was a huge demand for high-quality honey. I ran the numbers and looked at the markets and discovered it was something we could do as we already had a good idea of what we were doing with the catfish business.”

Like catfish, however, traditional preparation techniques often resulted in bad honey. Instead of smoking out the bees in a controlled fashion, local beekeepers were setting fire to the hives and damaging the quality of the honey. 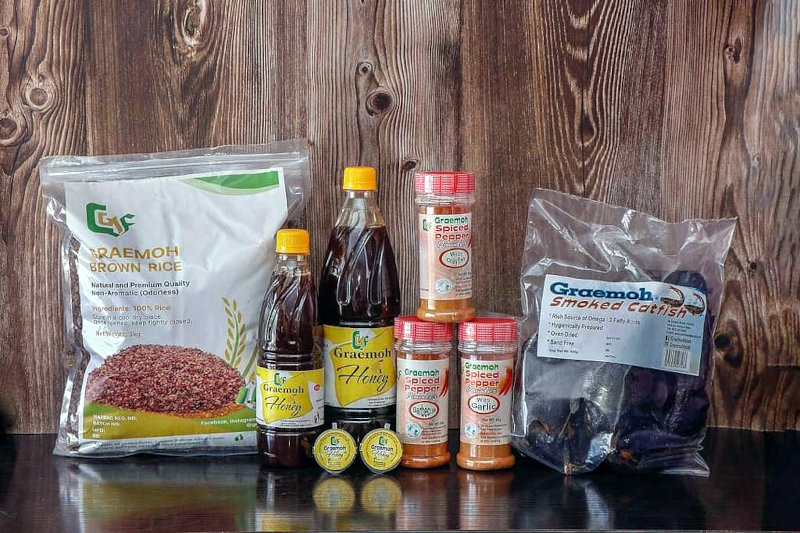 A selection of products produced by Graemoh Foods.

Five years later and Graemoh Foods products are sold across Nigeria. Though the processing plant is based in Kaduna State, the company overcomes local logistical issues to transport goods to cities as far away as Lagos and Port Harcourt.

Galadima reveals its trucks frequently break down on bad roads, which puts the fish in danger of going bad. However, more robust packaging compared to some other brands allows the catfish to remain edible for around three weeks.

Thanks to a large spend on marketing, Graemoh Foods’ catfish is even widely consumed in coastal cities in Nigeria’s south where fresh fish is found in abundance.

That said, a major problem in Nigeria’s domestic market is illicit goods that are illegally imported from neighbouring countries. These products often provide significant competition to local producers like Graemoh Foods because they are sold at a much cheaper price, undercutting Nigerian businesses. The National Agency for Food and Drug Administration Control (NAFDAC), Nigeria’s food regulator, has recently been cracking down on illegal imports to make it easier for local producers, Galadima says.

The CEO’s medium-term plan is to expand outside Nigeria to three African countries within the next five years. Neighbouring Benin and Cameroon are likely to be the first countries, followed by more West African states including Ghana and Côte d’Ivoire.

The signing of the African Continental Free Trade Area, a continent-wide free trade zone, looks set to open up other markets. “It is a very good opportunity to reach out to other African countries,” he says.

“More Nigerians are travelling abroad, going online and seeing how it is done in other countries. When they come back, they ask local producers why they don’t meet the same standards. This has encouraged local producers to step up and improve their output.”