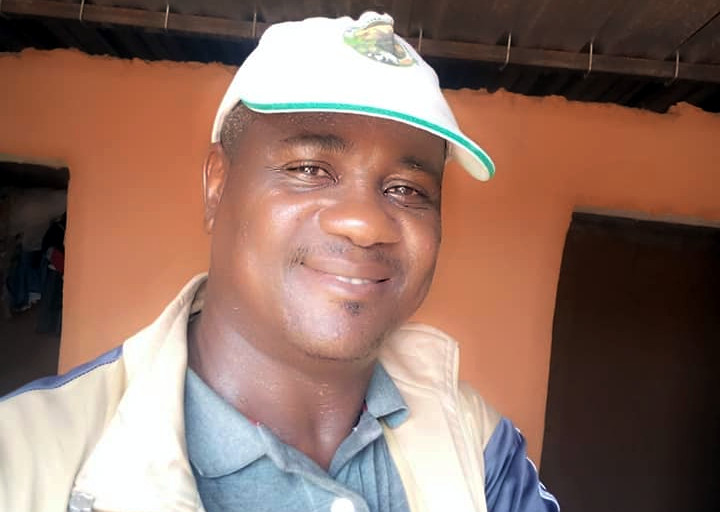 In 2009, Aziz Mahamadou purchased 6,400 m2 of degraded land about 100 km from Niamey, the capital city of Niger. At the time, he was climbing the ranks at a telecommunications company but his interest lay in agriculture. The purchase of this plot was the first step towards a life in organic farming and agro-processing.

The land was deemed unsuitable for agriculture. However, Mahamadou recognised the potential to restore it to a productive state for farming. He had been refining his business plan since 2006 and kept working at his day job, saving whatever he could to finance that initial acquisition.

He wanted to make the land fertile and productive again through a sustainable agro-ecological approach. When it came to deciding which crops to plant, the fast-growing drought-resistant moringa tree was a clear winner. There was an established market for the fresh leaves in the area, which meant the profit generated from its sales could be reinvested into the company’s activities.

In Niger, degraded land is a major challenge, with various government and developmental projects aimed at rectifying this issue. “It is a big problem,” explains Mahamadou. “In certain areas, between 40% and 50% is no longer usable and severely degraded or washed out.”

Today, the company farms on more than 300,000 m2 of fertile, restored land and processes the produce into finished products such as moringa soap and oil under its Goroubi brand.

The road to processing

Setting up the business was not easy, recalls Mahamadou. Initially, there was the issue of financing. Until today, the company is largely self-financed, apart from a small loan from Bagri Niger (the Agricultural Bank of Niger).

Owing to this lack of funds, setting up the plots proved challenging. “After securing the property deeds, we had to install wire fences and irrigation systems.” 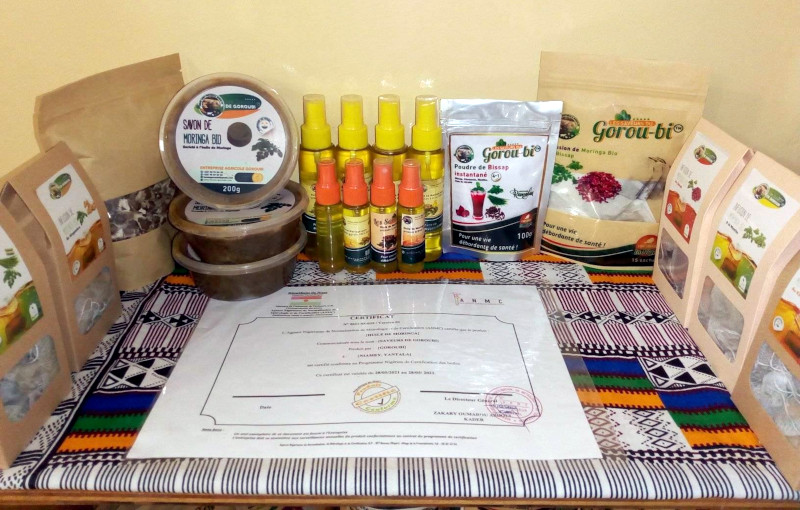 A selection of products produced under the Goroubi brand.

All this while there were not yet any viable harvests to generate an income. “Our first moringa harvest came only in the second year, in 2010,” says Mahamadou.

From 2010 to 2016, the company cultivated moringa, harvesting the fresh leaves and selling this to local markets with no value addition. During this time, Mahamadou kept working for the telecoms company, saving to establish a processing facility in Niamey. The company slowly added parcels of land, increasing the area under cultivation from the original 6,400 m2 to more than 100,000 m2.

Later in 2016, Mahamadou could eventually leave his job to focus on his business. He had purchased the machinery to crush the moringa leaves and extract oil from the seeds. Moringa had already gained the status of a superfood thanks to its concentrated levels of vitamins, nutrients and anti-oxidants although it has been used for natural remedies for centuries.

The fresh moringa leaves are hand-harvested and washed at the five different farm sites. The leaves are laid out to dry in the shade or put into dryers before the dried product is transported to Niamey. Here, the product is crushed and sieved to separate the leaf powder – sold as a food supplement – and the granules used to make herbal teas. Oil is extracted from the seeds or they are sold as chewable seeds. The products are then packaged, labelled and dispatched to different retailers.

Responding to local demand and feedback from its customers, the company has diversified its product range over time. The range includes dried organic moringa leaf powder and five types of herbal teas in loose-leaf form or teabags – moringa with lemongrass, mint, ginger, bissap (made from the roselle hibiscus flower) and kinkeliba bush tea – as well as edible dried moringa seeds, and dehydrated or pre-cooked moringa leaves. It also processes moringa into feed concentrate for cattle and poultry. The food range is distributed to local grocery stores and all the products are available on the online store for delivery.

In its therapeutic and cosmetic range, the company produces moringa soap and moringa oil, available in more than 50 pharmacies in Niamey. 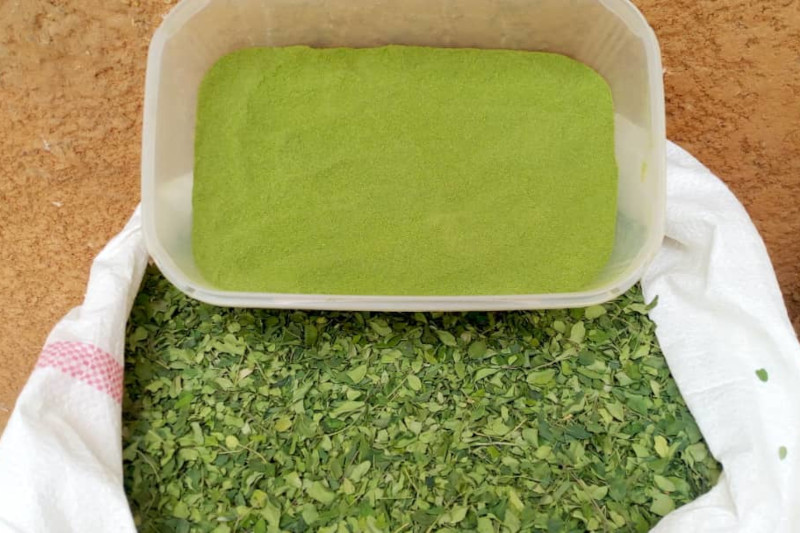 Adapting the product range for local vs export

Organic farming is Mahamadou’s passion but it poses various challenges. The cost of the finished product often puts it beyond the reach of Niger’s population. “The majority of people in Niger cannot afford any premium products. To deepen our market penetration, we are developing a range of products that will be affordable to this segment.” One of these is a mix of millet and moringa that can be used as a nutritious cereal.

The pure organic products will need to find a market beyond Niger, but this requires the correct certifications and registrations. The company is in the process of obtaining organic certification from Ecocert in Burkina Faso to get everything in place for export expansion. Mahamadou is excited about having secured a Turkish partner company in July 2021 that will import Goroubi products and is also looking at possibilities in France.

He believes there is significant potential for moringa products, thanks to their nutritional and health benefits.

“In the coming years, this will be our growth focus: to address the base of pyramid customers; to increase export after Ecocert certification; and to develop even more arable land to meet international demand,” Mahamadou says.