The telecommunications sector in Africa continues to provide an attractive investment destination for mobile network operators as announcements regarding continued investment over the past few days have shown. 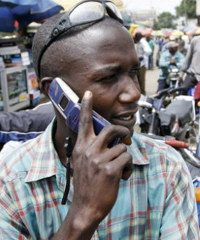 Bharti Airtel, which took over operations in 15 African countries when it completed the acquisition of Zain’s African assets last month, announced that it would be investing approximately US$100 million in Niger to improve the capacity and quality of its network there by the end of 2012.

The biggest financial commitment was disclosed this week when the company said $600 million would be invested in undoubtedly the most important market in its Africa portfolio, Nigeria. It would look to expand its service into Nigeria’s rural areas, as it seeks to gain subscribers and compete for market share with MTN, which has a 50% slice of the market.

France Telecom has shown signs of intent, stating that it is studying four or five acquisitions in Africa and the Middle East, as it formulates a strategy to double revenue from emerging markets. The company may spend as much as $8.6 billion over the next five years. In the meantime, Vivendi has made acquisitions in Mali, Mauritania, Burkina Faso and Gabon.

Low penetration levels in the midst of a growing middle class are the key fundamentals driving the push by mobile operators to increase their exposure to the continent, as growth slows down in many of their home markets.

International Telecommunications Union (ITU) statistics to the end of 2009 show that mobile penetration levels in Africa were just 37.5%; this compared to a global number of 68.2%, and developed world number of 115.3%.

The potential market for data products, a focus for providers in the markets where average revenue per user (ARPU) has begun to come under pressure, is even greater, with only 8.8% internet penetration for Africa against 66.6% for the developed world. Given these statistics, the potential upside is obvious.