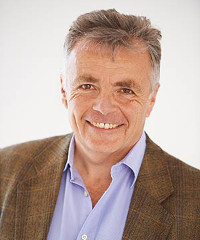 Tim Legg, CEO of digital media company Ole! Media Group, says mobile is a big opportunity for the advertising industry and in coming years it will transform how brands engage with consumers.

“Everyone has got a personal content consumption device in their pocket, they are reachable, they can be profiled and we have to come up with ways of engaging that audience either through content or through compelling advertising campaigns. We can see there is a huge opportunity… particularly in Africa.”

According to Legg, most brands and agencies in Africa are not yet fully maximising the potential of mobile.

“I think there is an innate conservatism in that industry and at the moment digital, and mobile in particular, is still seen as an add-on and not a mainstream channel. I think in the next five years we will see a total transformation around how people communicate with consumers and a lot of that will be driven by mobile.”

While it won’t kill traditional advertising, Legg says mobile marketing “will take a bigger portion of advertising budgets and mobile will be integrated into every single campaign”.

Speaking to How we made it in Africa on the sidelines of the Mobile Web East Africa conference in Nairobi, Legg noted that in five years digital advertising spend in Africa will increase to well over 25% from the current estimates of between 2% and 5%.

Originally from the UK, Legg relocated to South Africa where he started MobiMedia. Married to a South African, Legg and his family lived in Holland and Germany for two decades before moving to Africa.

The land of opportunity

“We could have stayed in Germany but it was boring and we saw Africa as a land of opportunity and something new and challenging. I think we probably went in with rose-tinted spectacles. We thought it would be easier than it was and it took us five to six years to really establish ourselves properly in the African business world. It’s really only in the last [18 months] that we have made the breakthrough.”

Legg notes that initially he underestimated “how difficult it is to set up a business as a new kid on the block”. It took a while to get to know people and build up levels of trust and confidence.

“It didn’t occur to me to give up. I didn’t have a job so I just kept going. We were doing well enough to survive and we were lucky that we had some savings behind us so we could afford to invest. But look, it’s paid off. I think we have built something of value.”

Ole! Media Group currently employs 70 people in Africa and has offices in Cape Town, Johannesburg, Nairobi and London, with representation in Germany and New Zealand.

“This year we are predicting revenues of about $5m which really for a company that is five years old is quite a good going.”

Ole! Media serves clients within and outside the continent, something Legg explains was “a common sense approach that generates revenue for Africa”.