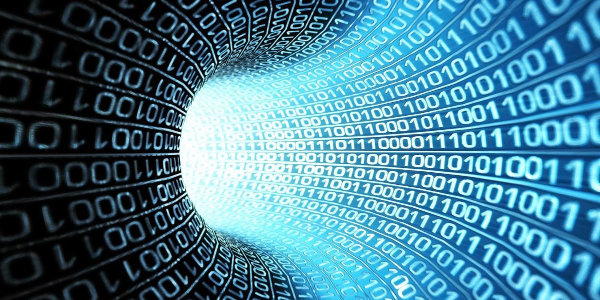 Towards the end of last year, a regional bank for francophone west Africa, Banque Régionale de Marchés (BRM), issued a digital currency in Senegal (which it initially dubbed the eCFA but has since decided to rename). It acts similar to other digital currencies and consumers can interact with it across existing payment platforms, such as electronic and mobile wallets. It is an experiment which authorities are monitoring closely and, if considered successful, it could be rolled out in the eight member countries of the West African Economic and Monetary Union (WAEMU) to operate alongside the region’s hard currency, the CFA.

But what makes it so unique is that, unlike other digital money solutions out there, it could become the region’s digital fiat currency. In other words, it could potentially become legal tender backed by a central bank.

Digital money – a monetary exchange based on technology, unlike physical cash such as banknotes and coins – are nothing new in Africa and come in many forms. One is mobile money, which evolved from the stored value of airtime. Today it allows many Africans to store, transfer and make payments using their mobile phones and without requiring a bank account. Safaricom’s M-Pesa – used by over 70% of the Kenyan population – is the most successful example of mobile money, but other telcos (Airtel, MTN and Tigo) have followed suit with their own platforms.

Banks also offer e-money that can be transferred electronically and turned into physical cash by withdrawing from automated teller machine (ATM). This is simply the digital equivalent of physical currency and requires users to have a bank account.

And then there are cryptocurrencies. These are not issued or guaranteed by a central bank and are typically borderless. While they can be traded in different national tenders, cyrptocurrencies are mathematically constructed and use encryption techniques to secure transactions and control the creation of new, virtual “coins”.

Senegal’s digital currency is different in the sense that its technology allows the central bank authorities to control money supply, like it does with its physical currency, the CFA. It can also be transacted across all existing payment systems (offering interoperability between different banks and mobile money platforms) and does not require additional service providers. Once it is in circulation, users do not have to have a bank account to use it – a mobile wallet would be enough.

The technology is the brainchild of the Dublin-based company, eCurrency Mint, which specialises in creating digital currencies for central banks.

Miles Au Yeung, the company’s head of markets, said eCurrency Mint entered into discussions at the start of 2016 with WAEMU’s central bank, the Banque Centrale des Etats de l’Afrique de l’Ouest (BCEAO), to explore the possibility of issuing a digital fiat currency for the region.

To test the system, the regional commercial bank, BRM, agreed to first issue the high-security digital instrument in existing digital money systems in Senegal. This gives the central bank time to observe user behaviour and understand its capabilities before declaring it legal tender.

So how will it differ to other e-money services? “Other private e-money schemes… are taking the national currency in exchange for kind-of a liability in the book. So you don’t have any [physical] money in the wallet, just a record that the operator owes you some money,” explained Au Yeung.

“But ultimately we want to replace that private money inside this [digital] wallet with actual secure objects created by the central bank representing the liability sitting inside the central bank books – just like with physical currency. When they update the printed papers, and put it into circulation, that currency in circulation becomes the liability of the central bank. And that is how you can create greater trust from the public as well as create true interoperability between e-wallet schemes.”

While Au Yeung would not name any countries particularly, he did mention his company is in talks with other central banks on the continent about issuing something similar.

“We have been working with central banks around the world in the last few years. We can clearly see the change in thinking. A few years ago, when we were talking to them, it was still a relatively new concept that a central bank would issue a digital currency. But this is now becoming a given – the question is just around how,” he said.

“We have talked to many countries in east and west Africa. Everyone we talk to shows great interest. They understand the benefit of the e-money they are enjoying in the county… They also see some limitations [as well as] further improvements in doing this.”